From helping in Weight-loss to Boosting Immunity, 4 Shocking Health Benefits of Tomatoes!

Lycopersicon esculentum or just plain ‘tomatoes’ as we like to call them, are extremely popular. The first people to cultivate tomatoes were the Mayans, centuries before the Spaniards introduced tomatoes to the rest of the world. Easy to grow and harvest, tomatoes are extremely versatile and are used in almost every kind of cooking. From Mediterranean food to the more spice heavy delicacies of our own country, tomatoes are a universally beloved. That they can be grown all year round is another perk of this exotic vegetable-like fruit. 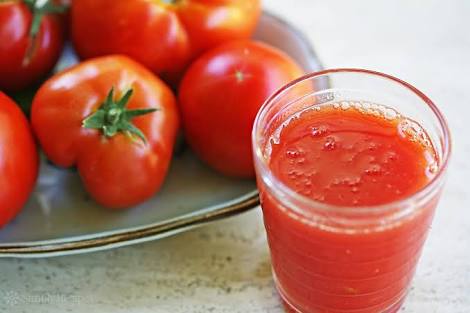 Keeping off the Calories

For every 100 gm of tomatoes that you consume, your calorie intake remains quite minimal with a measly 18 calories. With a low fat percentage and a zero cholesterol level, tomatoes are the perfect food for dieters. Further plus points are the abundance of antioxidants, dietary fiber, minerals, and vitamins. They’re usually recommended for those who are part of weight reduction programs and for people who want to control their cholesterol levels. Rich in Vitamin C, tomatoes have been scientifically proven to provide up to 21% of the antioxidants required for the body daily (with every 100 gm consumed). Studies have shown that consuming tomatoes is a good way to aid the body in its fight against infectious diseases and harmful free radicals. Tomatoes help increase the resistance of the body to infection. They contain moderate amounts of many vital B-complex vitamins such as folates, thiamin, niacin, riboflavin as well some essential minerals like iron, calcium, manganese and other trace elements. 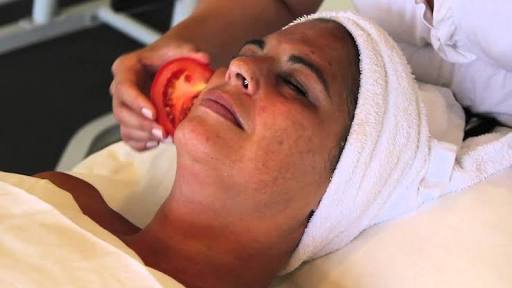 Taking Care of Your Skin

Tomatoes also contain Lycopene. This is a unique phytochemical and flavonoid antioxidant. The red tomatoes are especially rich in this particular type of antioxidant. Along with carotenoids, these components have the ability to protect the body from oxygen free radicals, which may be harmful to the body. According to various studies, Lycopene has been proven to prevent the damage that occurs to the skin from UV-rays. Lycopene is actually more available to the body when tomatoes are cooked, so cooked or canned tomatoes are just as nutritious for you as raw ones. For the Heart and Eyes

Niacin, a component found in tomatoes, is well known for its ability to bring down the high levels of cholesterol. In addition to Niacin, dietary fiber also does its part in lowering the amount of cholesterol in the body. It also keeps the blood sugar level down. Tomatoes are also rich in B6, potassium and folates. These work as agents to convert the homocysteine present in the body into harmless molecules.  If Homocysteine exists in high levels, there is an increased risk of the body succumbing to a heart attack or a stroke.