Love is beyond anyone’s control! These South Indian celebrity couples have proved just that by marrying each other after falling in love. We list 7 couples who lead the way for their fans and others to prove love has no bounds! 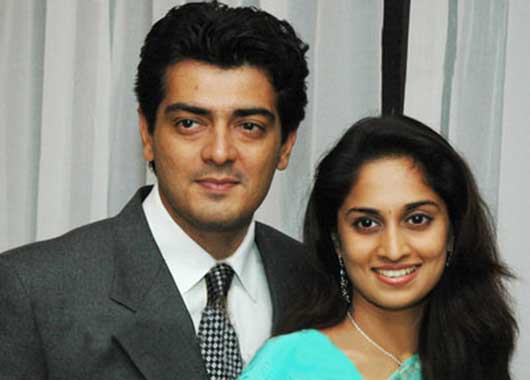 The most adored celebrity couple met at the sets of the film Amarkalam. Ajith has a Sindhi lineage and is a Hindu Brahmin. Shalini hails from Kerala and is a Protestant Christian. They married according to customs of both their religions. The couple have two kids together, a daughter, Anoushka and a son, Aadvik. Kavya and Dileep are a superhit pair in Malayalam cinema and have acted together in more than 23 films. Kavya made her debut when she was 14 with Dileep in Chandranudhikkunna Dikhil. The marriage of these reel stars was kept a secret but information somehow leaked a day before the wedding. The couple are expected to leave for Dubai after the wedding function. The actors have always been rumored to be more than close friends, but the duo constantly dismissed rumors about the same. Easily the most loved celebrity couple in South Cinema, their marriage was the topic of the town when they made the announcement. Surya and Jo were rumored to be dating and they had already done 7 films together. Surya was Tamil Hindu and Jyothika was Punjabi Muslim. It was also said that the two were putting their marriage on hold for Surya’s father Sivakumar to give his approval. Finally everything fell in place and the couple are now happily married with two kids, Dev and Diya.