Vignesh Shivan’s Eyes Brighten Up When The Name Nayanthara Comes Up! Vignesh Shivan rose to fame post his movie film ‘Poda Podi’ starring Simbu and Varalaxmi Sarathkumar. However, he proved his mettle as a director only after his movie ‘Naanum Rowdy Dhaan’, a comical- romantic drama starring Vijay Sethupathi and his rumored girlfriend Nayanthara.

The movie was a blockbuster hit and that’s when many turned their heads towards the successful director. However, after setting a basement in the industry, Vignesh is currently shooting an action thriller with none other than Kollywood’s star Suriya Sivakumar and Keerthy Suresh. This movie will also have music composed by Anirudh Ravichander and will be produced by Studio Green. Ramya Krishnan, Karthik, Senthil and RJ Balaji in pivotal roles.

In a recent interview with Deccan Chronicle, Vignesh said that the cast will be shooting a gorgeous wedding song in Mysore’s Melkote. The shooting, he says, is almost done and very few last scenes are left to be shot. The movie is also being produced under Suriya’s 2D Entertainment. 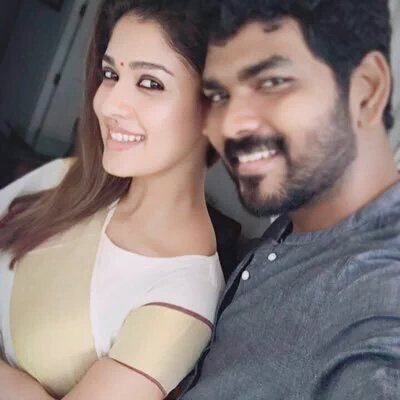 “I have written the lyrics to the song which is a happy wedding number and this will be choreographed by Brindha master,” he added.

On taking the name Nayanthara his eyes and face immediately brightened up says DC. Further questioning about his nuptials with the Lady Superstar, he said, “As of now, my priority is on my work and career.”

The movie will reportedly be done with the filming by end of July after which Suriya will start shooting for his next with Selvaraghavan.