Keerthy Suresh, who started her career as a child artist, debuted as a lead in the Malayalam film Geethanjali in 2013. She then debuted in Tamil with the movie Idhu Enna Mayam, directed by AL Vijay. She is now doing a mix of Tamil, Telugu and Malayalam films. She was last seen in Vaashi along with Tovino Thomas, and also in Arun Matheshwaran in Saani Kaayidham.

In Saani Kaayidham, she played the role of a Constable, who was seeking revenge for her husband and daughter’s death. The actor has now committed a film with Jayam Ravi which is reportedly directed by Antony Bhagyaraj. Recently, the motion poster and title of the film were launched by the makers. The new film has been titled ‘Siren’, and the film is reported to be a thriller drama as the title suggests. If reports are to be believed, Keerthy Suresh is to play a cop in this film. Keerthy will be donning the Kaakhi for the second time in this film. GV Prakash Kumar will be scoring the music for the film, while Dhilip Subbarayan will be doing the stunts.

Now, a really cute and adorable unseen baby photo of Trisha has gone viral on social media. The Mahanati actress is seen in a white frock along with her brother. She is almost unidentifiable in her bob-cut hairstyle along with cute long earrings and a bindi. This should have probably been taken during a function or a birthday party. We still don’t know why the actress has chosen not to smile. 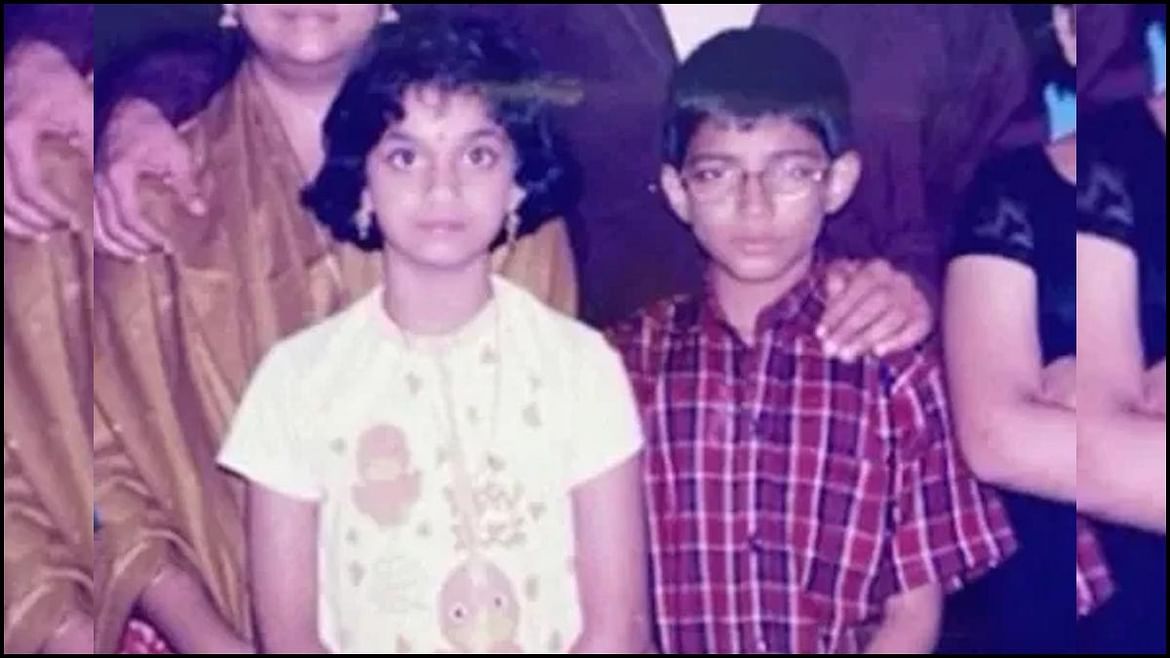 The latest reports also suggest that the Mahanati actress is all set to star along with Vijay for the 3rd time. While Vijay is currently working on Vamshi Paidipally’s Vaarisu, it has become official that his next titled ‘Thalapathy 67’ is all set to be along with Director Lokesh Kanagaraj. Reports suggest that the actor is most likely to play the role of a 50-year-old gangster who will be fighting 6 villains. Big names have been speculated to be cast as the villains, including, Sanjay Dutt, Action King Arjun, Prithviraj Sukumaran, and Samantha Ruth Prabhu.

If reports are to be believed, Keerthy Suresh is most likely to play his wife in this film. The two have already starred together in Bhairavaa and Sarkar. If this project is confirmed, then this will be the third time that the two actors will be working together. However, previously there were also reports that Trisha was to play the leading lady. Now, we have to wait for official confirmation to know what is true and what is not.

On the work front, Keerthy is currently filming for Maamannan and Bhola Shankar. She is starring along with Udayanidhi Stalin in Maamannan, which is directed by Mari Selvaraj. Bhola Shankar is the Telugu remake of Ajith’s Vedalam, starring Chiranjeevi. She is also working on Dasara, a Telugu film, where she will be co-starring with Nani. The movie’s first look poster was released recently by the team.