Time and again the best director of the era Mani Ratnam keeps proving us that he is a very sensitive person on the inside. This we know because the female leads in his movies have characters that are strong, deep, sensitive and absolutely stunning. Over the years, characterisation of women in Mani Ratnam’s films have changed with time but we see women in all forms only hold their ground strong and firm.

What started out as Roja and Senthamarai, is now going on strong as Tara and Leela. The reason the audience evidently remembers names of these women from the film is the uniqueness they carry with their character, the utmost sensitivity with which they’re treated but mostly, they are relatable to women from every generation.

Mani Ratnam has a knack looking deep into the hearts of women. It’s like these women come tell him their deepest secrets and eventually he carves characters out of their secrets. The actors who choose to portray the director’s characters, we see them melting into their roles just through their eyes – sadness, happiness, fear, frustration, fury, love, emptiness, almost every emotion.

To play the role of any woman character in a Mani Ratnam’s movie, an actor has to invest emotionally and physically to flow and enact exactly what this magician of a director has in his mind. Even with a character like Leela from Kaatru Veliyidai, it takes a great amount of courage to step into the shoes of an educated woman who simply allows the love of her life to abuse her to any extent and let him dominate her as much as he wishes to. Although the director faced criticism for the role, he probably is the only person to understand what actually went through Leela’s mind. Making a note of Mani Ratnam’s magic, here are 11 characters that portrayed an emotion that is not explainable: 1. Revathi as Divya: Of course, who can forget one of the most epic love stories ‘Mouna Raagam’ starring Mohan, Karthik and Revathi. The character of Divya was so beautifully portrayed. She is that woman who is stuck between her past love and her present marriage. She is the woman of two minds. 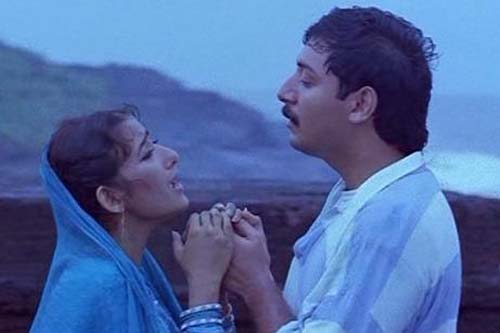 2. Manisha Koirala as Banu: Even in the late 90s if women married a man from another religion, they were supposed to leave theirs for his. But, Banu from the movie ‘Bombay’ was a fighter. she loved her husband, his family but never gave up on her faith, her family, her love and her fight for togetherness. Yes, she leaves her family to marry a Hindu Brahmin but no she does not give up her faith.