The entire country has voiced out against a big injustice recently. This vocal opposition came after 11 convicts who were sentenced to life imprisonment were released from the Godhra sub-jail on August 15th, 2022. Their release came after a panel set up by the Gujarat government approved their application for the remission of their sentence. Additional Chief Secretary (Home) Raj Kumar said the remission application was considered because the convicts had completed 14 years in jail, and factors such as “age, nature of the crime, behaviour in prison and so on”.

Many youngsters today were not born when this incident actually took place, and therefore have no knowledge about it.

On 27th February 2002, a Sabarmati Express was set on fire in Godhra which caused the death of 58 Hindu pilgrims and karsevaks who were returning from Ayodhya. This instigated a three-day inter-communal violence in Gujarat, and has now become what we called the 2002 Gujarat Riots. On February 28th, 2002, Bilkis Bano fled her village Radhikpur in Dahod district, after violence erupted in the area due to the aftermath of setting the train on fire.

Bilkis fled along with her family, including a 3-yr-old daughter Saleha and 15 others. The family reached the Chapparwad village by March 3rd 2002. There, they were attacked by 20-30 men with sickles and swords, according to the chargesheet that was filed. Among the attackers, were the 11 men who have now been released. Bilkis lost all her relatives including the 3.5-year-old daughter to the attackers. In addition, the 21-yr-old Bilkis, who was pregnant at the time, was brutally gang raped by them.

Bilkis remained unconscious for 3 hours after the incident. As soon as she regained consciousness met a Home Guard who took her to the Limkheda police station. She registered a complaint with Head Constable Somabhai Gori. Bilkis was then taken to a public hospital for a medical examination. Her case was taken up by the National Human Rights Commission (NHRC) and Supreme Court, which ordered an investigation by the CBI. What did the CBI investigation reveal?

The CBI said that the Head Constable Somabhai Gori had “suppressed material facts and wrote a distorted and truncated version”. In addition, the CBI concluded that the post-mortem of those who died in the attack was not carried out appropriately. In fact, it was carried out shoddily in order to protect the attackers. The CBI’s procedure involved exhuming the bodies, and they found that none of the bodies had skulls. It was later revealed by the CBI that heads of the corpses had been severed after the autopsy, so that the bodies could not be identified.

How did the case’s trial proceed?

The trial was moved to Maharashtra as Bilkis was receiving threats in Gujarat. In Mumbai, charges were filed against 16 people, including a government doctor and 6 Police officers. In January 2008, a special court convicted 11 accused of conspiring to rape a pregnant woman, murder, unlawful assembly, and of charges under other sections of the Indian Penal Code. The Head Constable was convicted of “making incorrect records” to save the accused. The other 7 person was acquitted by the court due to lack of evidence, and one died during the course of the trial.

The 11 convicts were sentenced to life imprisonment by the court. In May 2017, the Bombay High Court upheld the conviction and life imprisonment of 11 people in the gangrape case, and set aside the acquittal of seven people, including the policemen and doctors.

What has happened now?

In May 2022, one of the convicts Radheshyam Shah, submitted an apology petition to the High Court of Gujarat, requesting a remission. However, this petition was rejected by the Gujarat High Court. The convict then re-appealed to the Supreme Court. The Supreme Court ruled that the Government of Gujarat has to come to a decision, as the incident had taken place in that state.

The Government of Gujarat set up a panel who then  approved the convicts’ application for the remission of their sentence. Following this, the 11 convicts who were sentenced to life imprisonment were released from the Godhra sub-jail on August 15th, 2022. 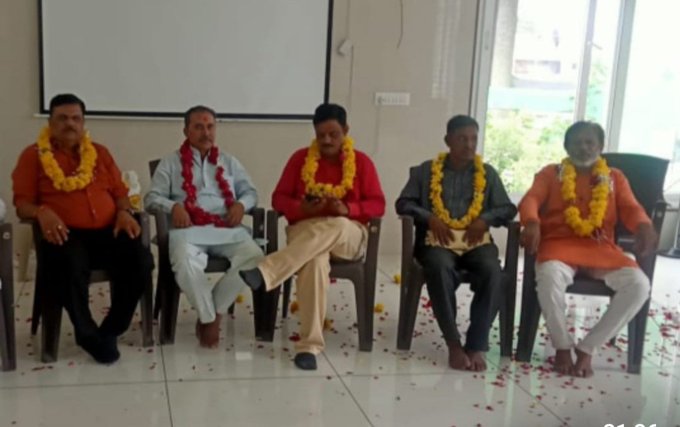