TRENDING: Nayanthara Dons The Chola Getup! Find Out Why!

Talk about the Cholas has been running wild as the movie Ponniyin Selvan is all set to release on September 30th. The movie revolves around the Chola empire and mostly about Ponniyin Selvan, also known as Raja Raja Chozhan or Arunmozhi Varman. Ponniyin Selvan is originally a Tamil novel based on the life of Raja Raja Chola, written by Kalki. While there have been several attempts in the past to make it a film, Mani Ratnam has now started this project, which will be released in two parts. Starring Vikram, Jayam Ravi, Trisha, Aishwarya Rai, Aishwarya Lekshmi and Sarathkumar in lead roles, this is considered to be Mani Ratnam’s magnum opus. Jayam Ravi is said to play Arun Mozhi Varman, while Trisha is said to play his sister Kundavai. Karthi will be seen as Vanthiya Thevan, while Aishwarya Rai will be Nandini. Jayaram, Prakash Raj, Lal and Kishore will be playing prominent roles.

Amidst this star cast, many Tamil film audiences felt that Nayanthara has been largely missed out. So far, Mani Ratnam has not chosen the talented actress for any of his films. Many contented that the director should have chosen the actress to play the role of Nandhini. Now, this role is being played by Bollywood actress Aishwarya Rai, who has already done three films with Mani Ratnam. While fans have been arguing in favour of Nayanthara, she was recently seen donning the Chola getup. This stirred a lot of rumours. However, this getup was taken up by Nayanthara for one of her advertisements. She is currently the brand ambassador for Tanishq Jewellery, and she was dressed up like a Chola princess to unveil their Chola jewellery collections. See pictures below: 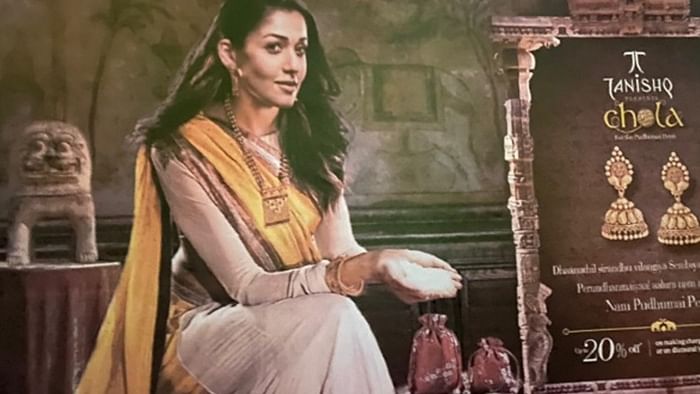 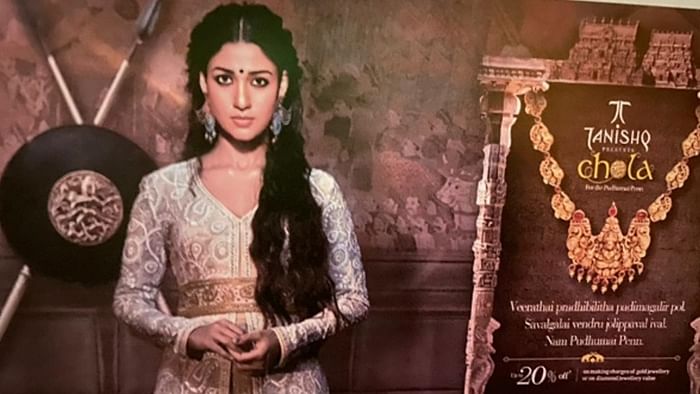 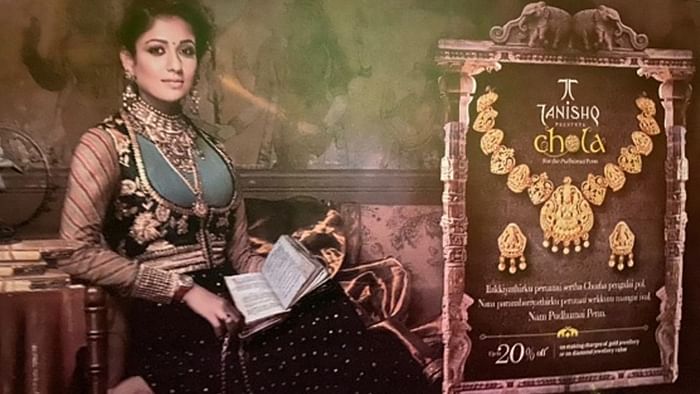 While Ravi Varman is handling the camera for Ponniyin Selvan, Sreekhar Prasad is handling the edit and Thotta Tharani is designated with the Production Design of the film. The film is bankrolled by Lyca Productions and Madras Talkies. The music director for the movie is AR Rahman. PS-1 is slated for a worldwide release on September 30, 2022, in Tamil, Hindi, Telugu, Kannada, and Malayalam. The team announced that Ponniyin Selvan will be the first Tamil movie to be released in the IMAX format. This will ensure that the audience will have the larger-than-life experience of watching the film, just like the movie itself.

Nayanthara entered the film industry way back in 2003 with Sathyan Anthikad’s Malayalam film ‘Manassinakkare’. As a Malayali, she entered the Mollywood industry first, and then entered the Tamil film industry only with ‘Ayya’ in 2005. She rose to fame with films like Chandramukhi, Vallavan and Billa. Now, she has a huge fan following in the Tamil film industry and is one of the leading actors in the industry. On the work front, this Kollywood star is all set to make her Bollywood debut with Atlee’s Jawaan, who is acting opposite Shah Rukh Khan. The actor, who was last seen in O2, is awaiting the release of ‘Gold’ along with Prithiviraj Sukumaran in Malayalam. Meanwhile, she is filming for a number of films including, ‘Iraivan’, and ‘Godfather’.