TRENDING: Aditi Shankar shares an important update about her next film!

Director Shankar’s daughter Aditi Shankar just made her debut with Muthaiah’s Viruman co-starring Karthi. The film turned out to be quite a success for the actor, as people have been heaping praises on her for her energy and expression. Even before the release of her debut, she signed Maaveeran co-starring Sivakarthikeyan.

The shooting for Madonne Ashwin’s Maaveeran just began and Aditi Shankar has begun shooting for her portions in the film. The announcement came from the actress herself yesterday. The actress took to her social media to share a photo of herself with the #Maaveran Day-1. She also tagged Sivakarthikeyan, Madonne Ashwin and Shanthi Talkies amongst other relevant team members in the story. In an interview before the release of Viruman, Aditi opened up about her opportunity to work with an actor like Karthi. She shared, “It was a great opportunity, a blessing to work with Karthi sir and learn every day just by watching. He also shares many experiences, techniques, books, what helped him and what I should look out for.” While speaking about her career she said that she will pursue both her singing and the side of her acting career by side. For those who don’t know, Aditi Shankar is a Medical graduate, who has entered the acting field out of passion.

Recently, the debutante’s 10th grade marksheet has gone viral on social media. The topper has reportedly received 99 marks in Science, 97 in Mathematics and French, and 91 in Social Science and English, respectively. As mentioned above, this studious girl has completed her Medical degree, before following her passion for acting and singing. 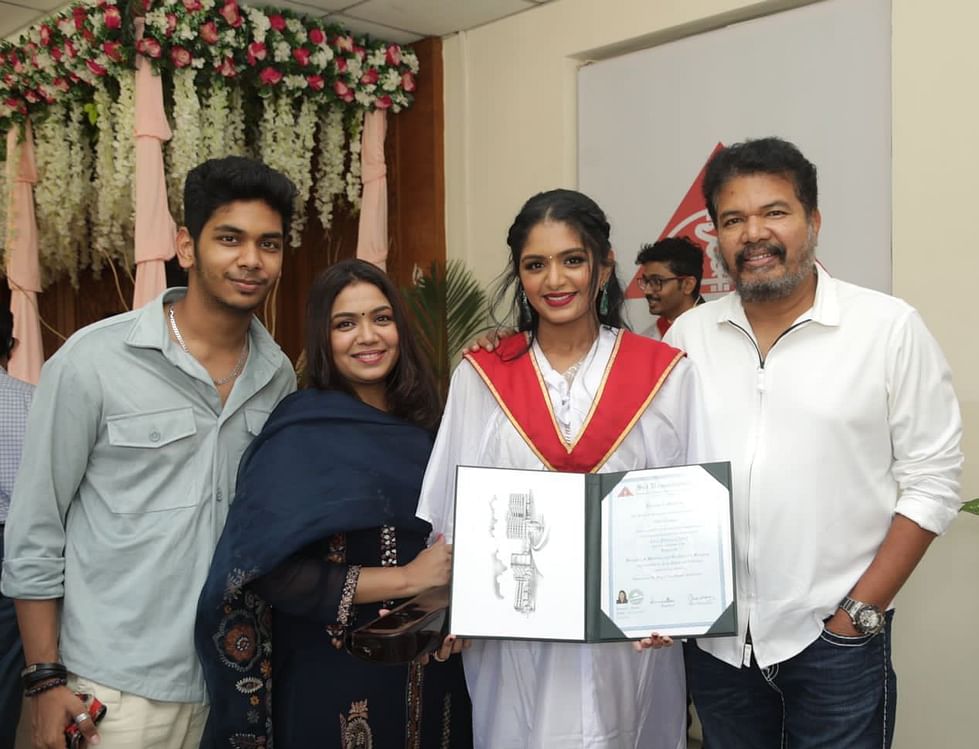 Aditi has also sung a song in her debut Viruman. The music director for the film is Yuvan Shankar Raaja. She shared that singing  for Yuvan, that too in her own movie was just awesome. She concluded with a message to the audience, “Before the release itself I’m getting so much support and love. Please keep this going, keep loving me the same way you’ve done with my dad. Take care of me too.”

Earlier, Aditi Shankar had opened up about her debut. “I feel honoured that I am entering the same industry as my father. I have given my best and I hope I make him really proud,” she said. Talking about her future in the film industry, she said, “Yes definitely I will continue Tamil cinema not only Tamil I think language is just a barrier. If any good project good script I am open to do.”