TRENDING: A Woman Contestant to Quit Bigg Boss 6? Find Out!

Bigg Boss is a show with a huge fan following, and the team recently announced that it is returning for Season 6. Last season, Raju made it to the Finale and bagged the title. The show is always hosted by Kamal Haasan, but for a short while last season, Ramya Krishnan hosted it. Bigg Boss Ultimate was also completed recently with contestants who have already been in the Bigg Boss House. The first season’s title was bagged by Arav. The winner of the following seasons was Rythvika, Mugen Rao, Aari Arjunan, and Raju Jeyamohan, for seasons 2, 3, 4, and 5, respectively.

This season has already witnessed 2 weeks of episodes. When Myna Nandini entered the house as a wildcard contestant the tally of the contestants came up to 21. Now, GP Muthu has left the house due to personal worries. GP Muthu missed his family way too much and therefore decided to quit the show and exit the house. On Sunday, Shanthi was also evicted from the house because she received the least votes from the audience. Now, the total house tally stands at 19.

There are reports that Ayesha, suddenly fainted and Azeem carried her to the medical room. It is well known that Azeem spoke with disrespect towards Ayesha and she retaliated by throwing her footwear at him and controversy erupted. Viewers expected Kamal to send Azeem out with a red card but he instead accepted the TV actor’s apology to him and to Ayesha herself. The entire weekend episode focused on Azeem’s mistake, making him tell the audience, time and again, that he will not report. However, in today’s episode, he is seen asking Dhanalakshmi, “Are you even a woman?” We have to watch the episode to know what resulted in the fight between both contestants. 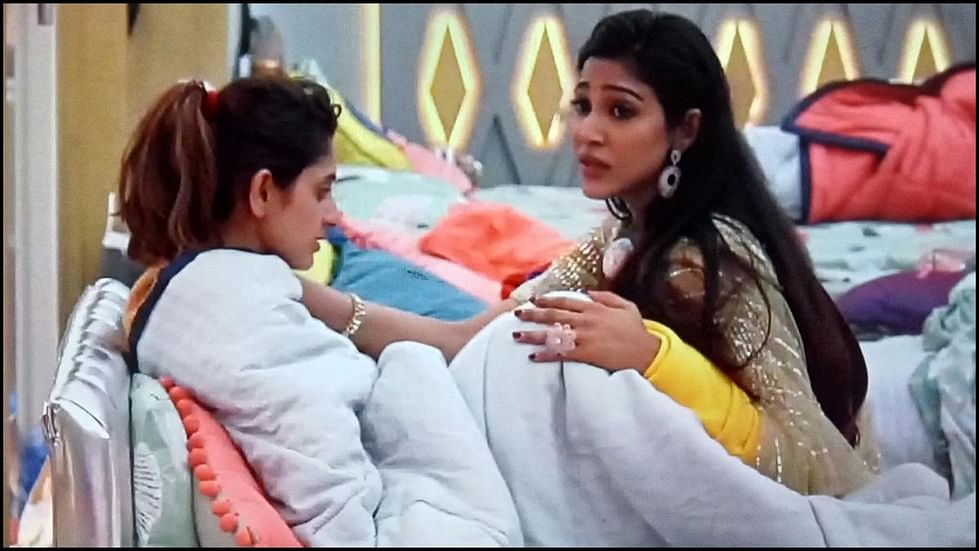 When the viewers thought that all will be well between Azeem and Ayesha the former went ahead and nominated Ayesha for eviction. The already stressed television actress fainted and ironically it was Azeem who reacted first and carried her to the medical room. Ayesha fainted more than once after receiving treatment and reports emerged that doctors would take a call on whether she can continue in the ‘Bigg Boss Tamil 6’ house or exit due to medical reasons. A few sources say that she has recovered and stayed on. We will know whether Ayesha will quit or stay only in the upcoming episodes.