“What is the difference between a big film and a small film? If you rape one girl at once, it is a small film. If you rape 40 people at once, like in Pollachi, it is a big film.” – This statement uttered by a person like Radha Ravi is why everything is wrong with our society and mindsets. The Pollachi Sexual Assault case shook the entire Nation and he has to compare it to this? WOW! Also, slut-shaming a woman who has far more higher standards and class than him with absolutely no regret only goes to show how unfair this society is for women.

Yes, rape is our topic again! When it comes to this ‘man-made’ epidemic, let’s understand it’s never too much to talk about it. The dialogue has started but it happens in our society everyday. According to the National Crime Reports Bureau, more than 24,500* rape cases were reported across the country in 2016*.

No, we aren’t saying movies are the reason for the increasing number of rape cases in India. However, is there a need to pamper stalking, molesting and rape on the big screen? Scriptwriters may argue that they are showcasing what’s happening in the society. But showing a popular actor stalking and abusing the leading lady only makes it look a lot normal to some pervert and sick minds. Why not avoid it completely?

There was a trend during the 80s and 90s not only in South cinema, but also in Bollywood, where the villain rapes the protagonist’s sister in a bid to take revenge. Really? How does that make you look as a filmmaker? Every word or dialogue written comes from one’s imagination. How well are our thoughts when our writing involves a revenge rape?

There are stories which have been super successful at the box office and did not involve rape, molestation or stalking. The typical Ranjeet, Mohan Babu or Shakti Kapoor characters have for too long pampered this ridiculous trend.

“If she says no, she means yes” kind of a trend on the silver screen only makes this totally acceptable for the ‘fans’ and blind followers of these popular stars. We don’t generalize that all the members of the audiences in the 80s and 90s were in love with this trend, but if it was a part of almost every other blockbuster, then that says a lot about what was acceptable during the time.

Some ‘brilliant’ minds also wrote about how a rape victim is banished from the society unless she marries her rapist. Or, how she should no longer live and jump of a high-rise building for bringing dishonor to her family. We can do better than that, can’t we?

Though there are many examples, these seven movies are picked by us in random and guess what, each one of it could have been better without the so-called rape culture-pampering. 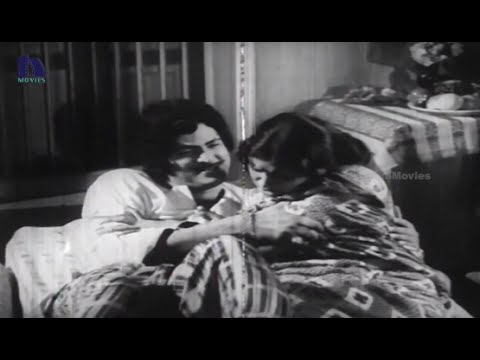 This movie was a huge blockbuster and established Murali Mohan and Mohan Babu as two of the most bankable stars in Tollywood. However, the filmmaker Rajachandra thought it would be really funny to bring in a macho villain Mohan Babu to rape Rama Prabha when her husband Raj Babu was fast asleep. The sequence is pathetic yet, many people laughed out at the sleep talking Raj Babu when Mr. Macho was molesting the popular actress. So it all started way early and to think of it now, was that comic scene glorifying rape really necessary? The otherwise villainous Mohan Babu turned the acting clock and portrayed the good Samaritan’s role in  B.A Subba Rao’s 1983 blockbuster ‘Moogavani Paga’. Way back in 1958, Kishore Kumar’s ‘Chalti Ka Naam Gadi’ popularized the trend of romance in the rain. ‘Ek Ladki Bheegi Bhaagi si’ topped the charts, hence, paving way for many other romantic songs shot in the rain. May be, just may be Subba Rao wanted to take a leaf out of this trend when he brought in and replaced romance in the rain to rape in the rain. The antogonist Giri Babu is drunk, rich brat who wants a ‘girl’ for the night! He lures over a ‘deaf and dumb’ victim who’s shown getting wet in the rain. Soon his inner so-called animal awakens and there he goes and starts molesting her. To show Mohan Babu as the good Samaritan, he quickly comes into the scene and saves the victim. How tight is our imagination when he needs to introduce a good Samaritan by using the rape factor?