Sneha Shuts Down Divorce Rumours with her latest photo with Prasanna!

Sneha started her film career in 2000, while Prasanna began his in 2002. However, their paths never crossed until 2009. In 2009, they met on the set of Achamundu Achamundu, directed by Arun Vaidyanathan. That movie was special for them, as the actors fell in love with each other. They were then spotted together in public, even at Press Shows, and the rumours started making rounds. Initially, the couple denied the rumours. 3 years later, the couple tied the knot and they now have two children, a son and a daughter.

Recently, rumours were strife that the couple was heading towards a divorce. While the news shocked fans, some reports also suggested that the two were living separately. However, none of these rumours was believable as the couple has always been open with their relationship. They have never hesitated to show their love for each other, and have always made others envious with their love. Now, shutting down these divorce rumours Sneha has taken to her Instagram to share an adorable photo with hubby Prasanna. “Twining… happy weekend,” she wrote as she shared a photo of them in pink t-shirts. 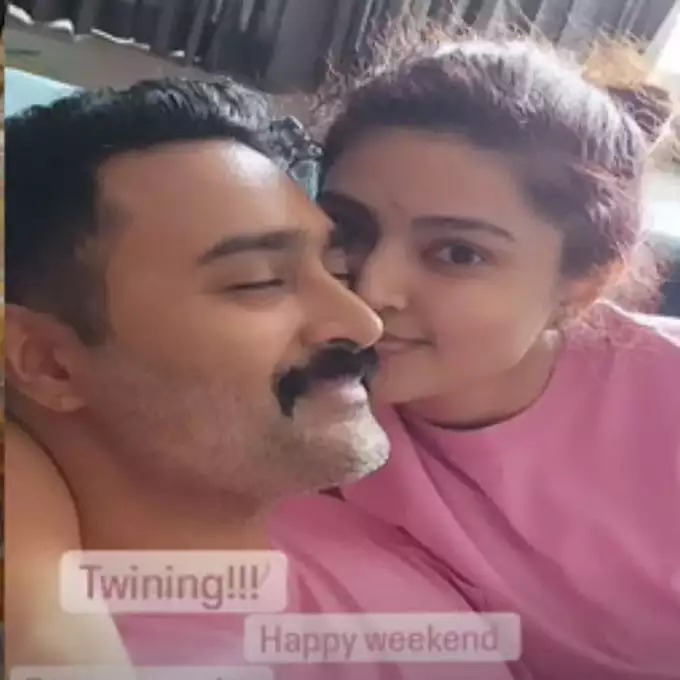 The actor couple never fails to share adorable photos together on Instagram. Fans await photos of their family celebrations during festivals, as they colour-code their costumes as a family and share the cutest of photos. Sneha gave birth to her son Vihaan in 2015, and their daughter Aadhyantaa in 2020. They also share adorable videos and photos of their children on the social media platform.

On the work front, Sneha was last seen in Pattas co-starring Dhanush. She has not been acting for a while now, ever since she tied the knot. She starred in Vinaya Vidheya Rama in Telugu in 2019, after which she gave birth to Aadhyantha and took a break from acting. She has been judging in Junior Super Stars 4 and Dance Jodi Dance Reloaded. Prasanna, on the other hand, was last seen in two web series, Fingertip and Victim. He was last seen in Mafia Chapter 1 and is now busy filming for Thupparivalan 2, co-starring Vishal.