Samantha’s Instagram account is usually a sight to see for most fans as she is super active on the platform and she keeps her fans updated with her day-to-day activities using the medium. However, yesterday there was an unusual and unrelated post on Samantha’s account, which went viral on Social media. Fans initially wondered why Samantha would post something like that. Then, they eventually concluded that the account was probably hacked.

True to their understanding the Shaakuntalam actor’s account went through a technical glitch, and therefore a wrong post was shared through her account. There was a post related to Telangana Minister K.T. Rama Rao, who is also the son of the state’s chief minister, K. Chandrashekar Rao on her handle. This was then clarified as a glitch by the actor’s manager, Seshanka Binesh, who posted an Instagram story to clarify the same. 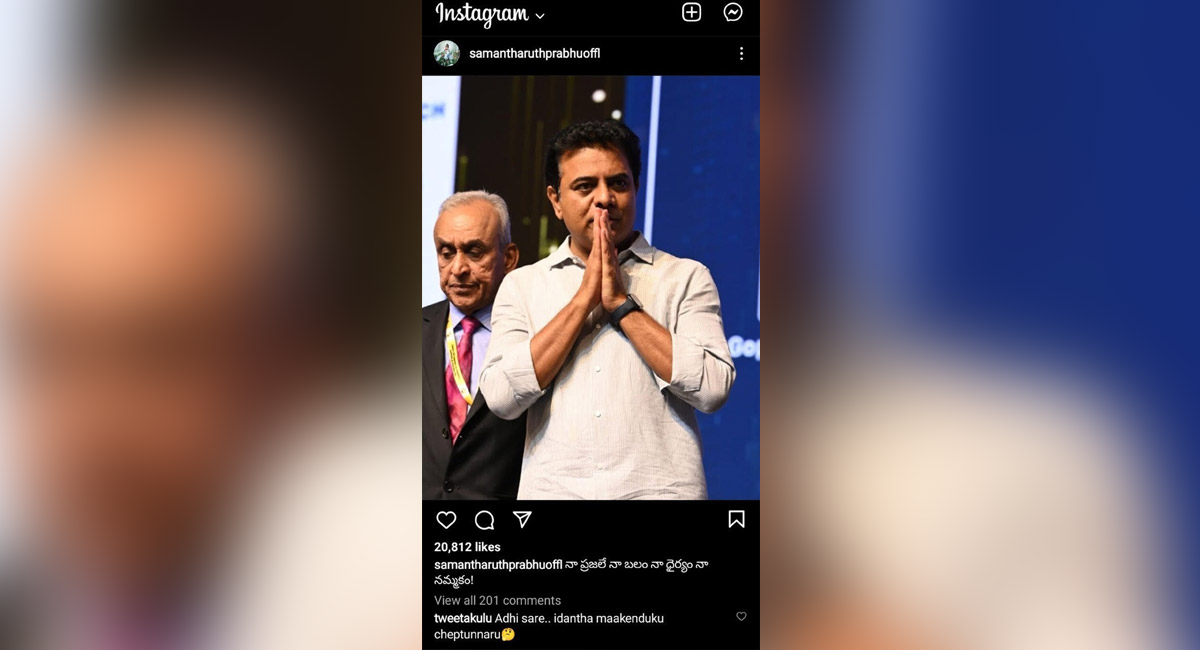 “Due to a technical glitch, a post on Instagram got erroneously cross-posted on Samantha’s account. We are working on the case and shall escalate the same with team Instagram. Apologies for any confusion cased on the same,” she wrote in an Instagram Story. It was later posted by Samantha too on her Instagram Story. Meanwhile, Samantha’s appearance on the Koffee With Karan 7 trailer created news as she spoke about marriage blaming Karan Johar for fantasizing marriage through his films. Meanwhile, the actor just saw the release of ‘Kaathuvaakula Rendu Kaadhal’ and is awaiting the release of ‘Shaakunthalam’, ‘Yashodha’ and is simultaneously working on ‘Arrangements of Love’, a Hollywood project.