Mani Ratnam’s Magnum Opus Ponniyin Selvan is all set to reach our theatre screens on 30th September. The film’s team is meanwhile working to promote the movie in all ways. Last week, the first single of the film was released. Titled ‘Ponni Nathi’ it is the song that follows Vallavarayan Vandhiyathevan as he crosses the Kaveri river at Veera Narayana lake. The song received great views shortly after it released, and a BTS video of the song was released recently.

Yesterday, the team proudly made an announcement about the format of the film. The team announced that Ponniyin Selvan will be the first Tamil movie to be released in the IMAX format. This will ensure that the audience will have the a larger-than-life experience of watching the film, just like the movie itself. 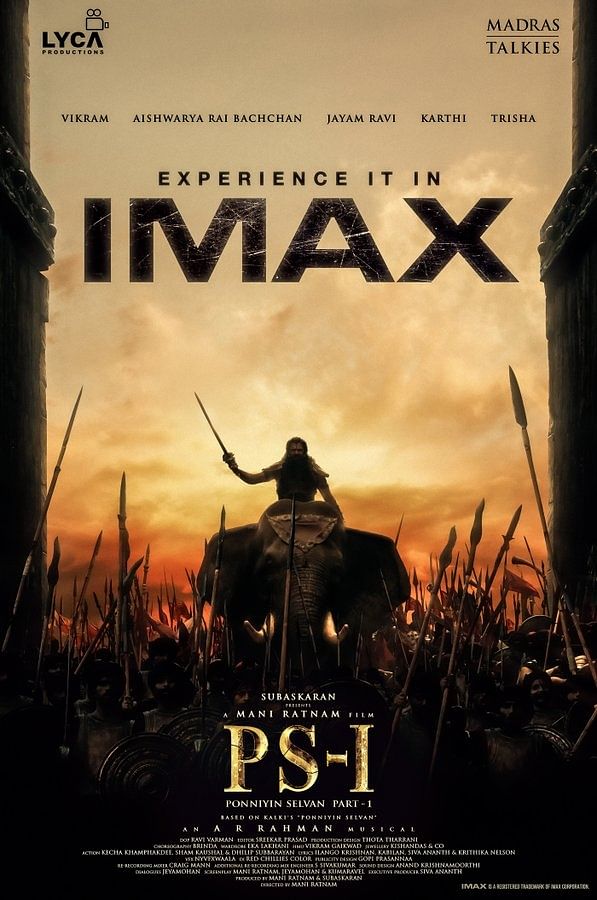