The Cholas Are Coming!

Mani Ratnam’s Magnum Opus Ponniyin Selvan is all set to reach our theatre screens on 30th September. The film’s team is meanwhile working hard to promote the movie by all means. A month ago, the first single of the film was released. Titled ‘Ponni Nathi’ it is the song that follows Vallavarayan Vandhiyathevan as he crosses the Kaveri river at Veera Narayana lake. Recently the second single, Chola Chola was released, and it has already gotten 10 million views. The makers revealed that the song is a victory celebration. Composed by AR Rahman, the song is sung by Sathya Prakash, VM Mahalingam, and Nakhul Abhyankar and penned by Ilango Krishnan.

With every update, fans are getting even and even more excited about the film’s release. Recently, there was an announcement that the film is set to have its Audio Launch on September 6 at Nehru Indoor Stadium in Chennai. The Music composer for the film is AR Rahman and the audio launch is expected to happen in a grand manner. Kamal Haasan and Rajinikanth are also said to grace the event with their presence.

The film is to be released in 2 parts, and the first part is releasing on September 30th. The final work of the film is currently going on, and the director has reportedly made a final copy of the film. The runtime of the film is apparently 2 hours and 50 minutes or 170 minutes, which is less than several large-scale movies. Probably, Mani Ratnam went for a short and sweet first half, in order to hook the audience with a longer and more detailed second part.

The team is meanwhile releasing all the cast details as time to time updates. The main cast was already revealed before the Teaser launch. Karthi will be playing the role of Vallavaraiyan Vandhiyadevan, the brave, adventurous and sarcastic warrior prince of Vaanar Clan, who is almost like the narrator of the story. He is the friend of Aditha Karikalan, played by Vikram. He is the crown prince and the commander of Northern troops in Sundara Chola’s Reign. Eldest son of Sundara Chola. Arulmozhivarman and Kundavai’s older brother. 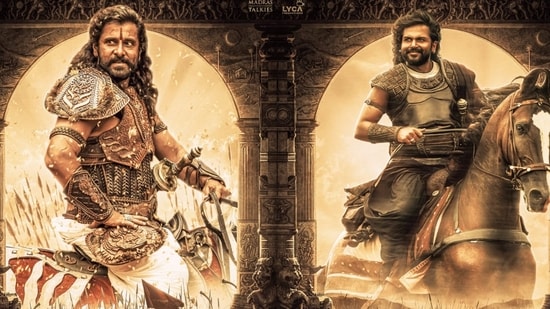 The leading women of the story are Aishwarya Rai and Trisha. Aishwarya Rai will be playing the role of Nandhini a Pazhuvoor queen and wife of Periya Pazhuvettaraiyar and Aditya’s love interest. She has rivalry with Kundavai or Illaiya Piratti played by Trisha. She is the Chola princess, daughter of Emperor Sundara Chola and Vallavaraiyan’s Love interest. 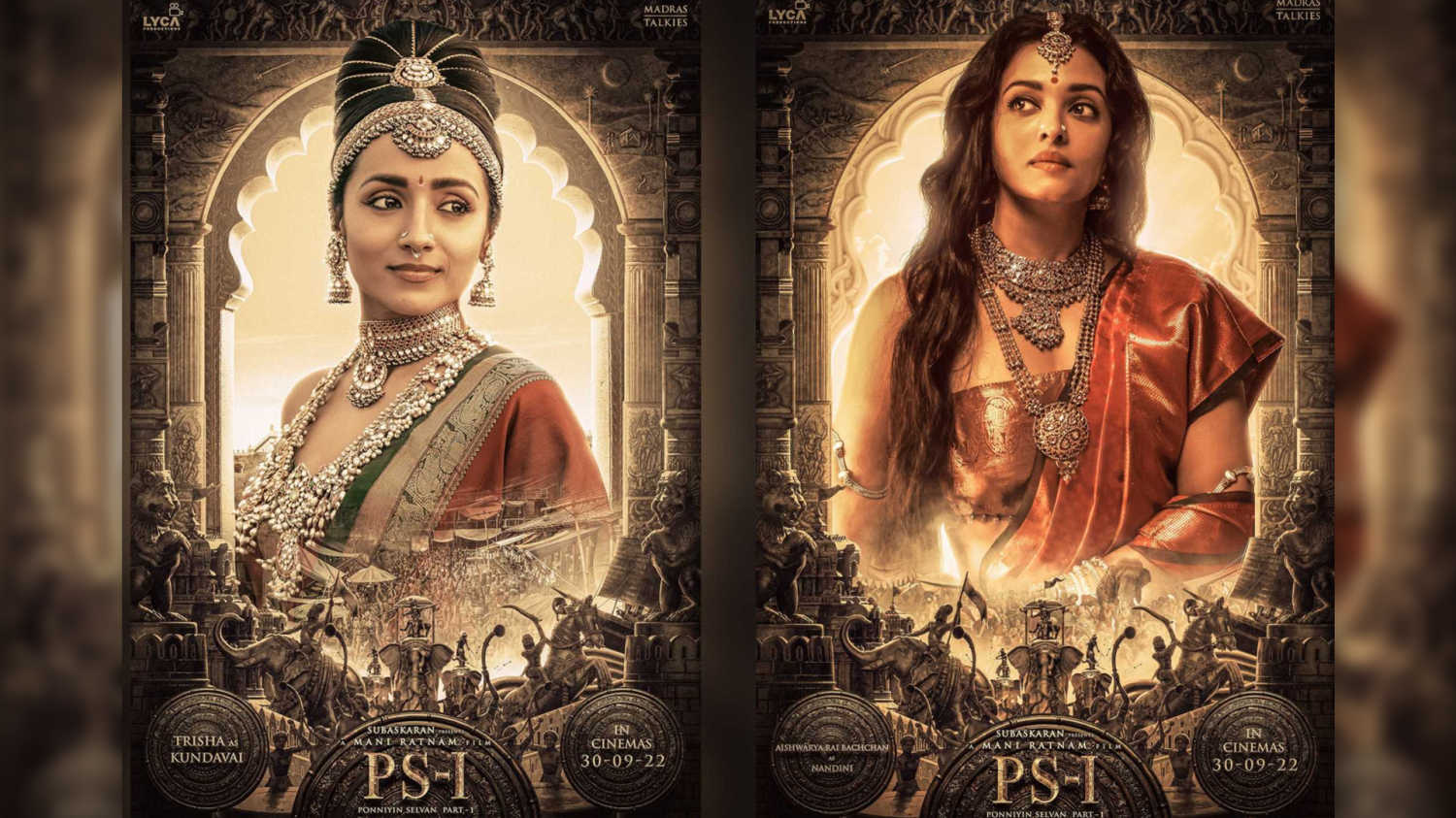 Jayam Ravi is our leading Hero, i.e., he is Ponniyin Selvan. He plays Arulmozhivarman, later known as the great king Raja Raja Cholan. Youngest son of Sundara Chola. Aditya Karikalan and Kundavai’s younger brother. The entire story revolves around him. He is called Ponniyin Selvan as it is believed that the Ponni river (Kaveri) would have protected his life as a child. 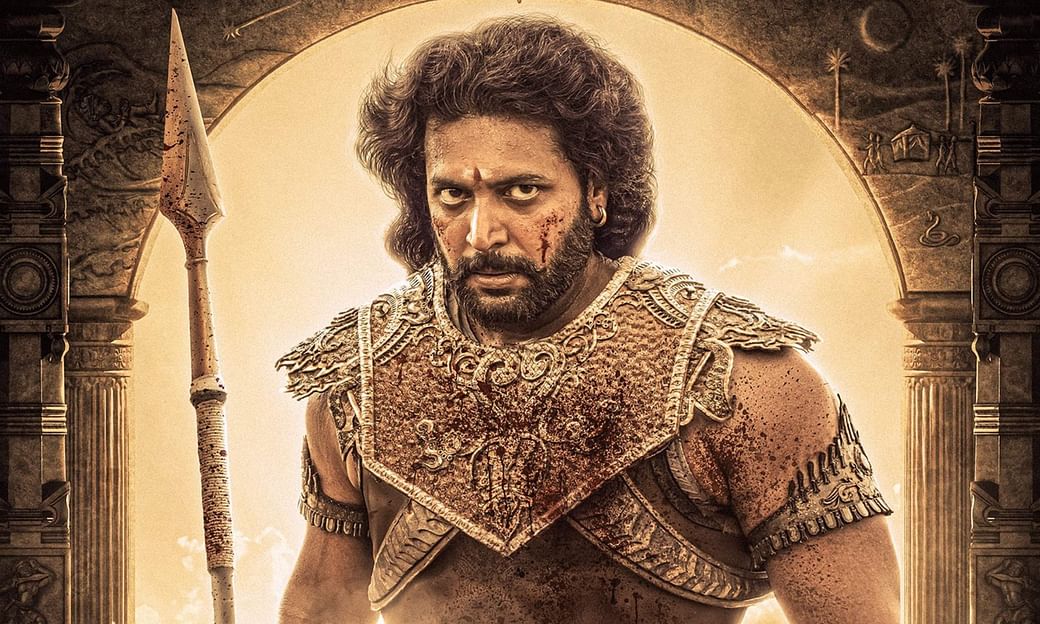 Other two women in this film are Aishwarya Lekshmi and Sobitha Dhulipala. Aishwarya Lekshmi plays  Poonguzhali, also known as Samuthirakumari, a boat woman living in Kodikarai. In an occasion she will save the life of Arunmozhi Varman and will also be in love with him. Sobitha Dhulipala plays  Vaanathi, also known as Kodambalur Ilavarasi, a shy Kodumbalur princess and Arunmozhi’s love interest. 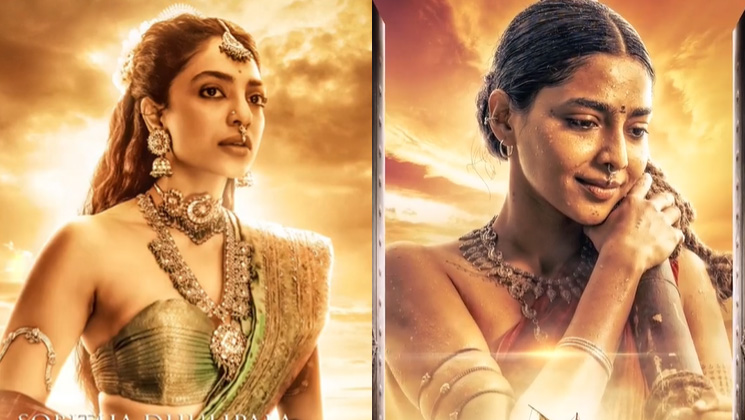 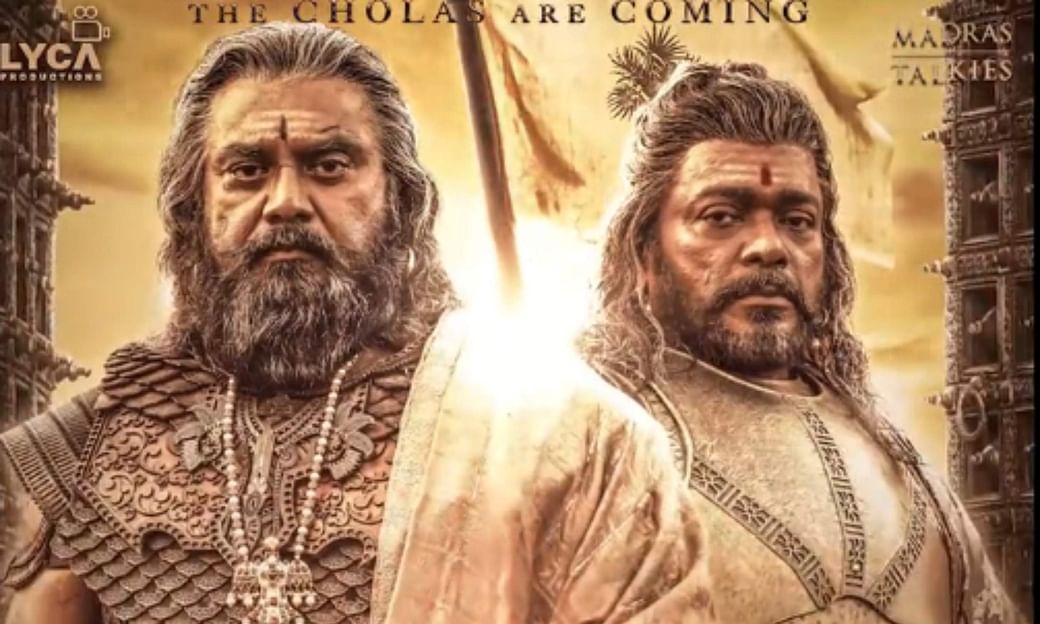 Next, Aditha Karikalan has a friend called Parthibendra Pallavan who is from the Pallava clan. Vikram Prabhu is reprising this role in the film. His real-life father Prabhu is acting as Periya Vellar Boothi Vikramakesari, the Irunkovel chieftain, uncle of Vaanathi and the Commander of the southern troops during Sundara Chola’s reign. Lal is playing Tirukoilur Malaiyaman alias Milaadudaiyar, the father-in-law of Sundara Chola and maternal grandfather for his children. Prakash Raj plays the mighty emperor Sundara Chozha alias Parantaka Chola II, the emperor of Chola empire, father of Aditya Karikalan, Kundavai and Arulmozhivarman, also known for his beauty giving him the name Sundara. Rahman is cast as Madurantaka Uttama Chola, the son of Sembiyan Mahadevi who was raised as a Shaivite. Lastly, Jayachitra plays his mother Sembiyan Mahadevi alias Periya Piratti. Recently, the team proudly made an announcement about the format of the film. The team announced that Ponniyin Selvan will be the first Tamil movie to be released in the IMAX format. This will ensure that the audience will have the larger-than-life experience of watching the film, just like the movie itself.

Ponniyin Selvan is originally a Tamil novel based on the life of Raja Raja Chola, written by Kalki. While there have been several attempts in the past to make it as a film, Mani Ratnam has now started this project, which will be released in two parts. While, Ravi Varman is handling the camera for the film, Sreekhar Prasad is handling the edit and Thotta Tharani is designated with Production Design of the film. The film is bankrolled by Lyca Productions and Madras Talkies. The music director for the movie is AR Rahman. PS-1 is slated for a worldwide release on September 30, 2022, in Tamil, Hindi, Telugu, Kannada, and Malayalam.