PIC TALK: Rajinikanth Poses With His Youngest Fan From The Sets Of Jailer! See Pics!

Rajinikanth has been in the news lately as he just became a grandfather for the fourth time. His second daughter Soundarya has given birth to her second son. She announced that the name of the little one is Veer Rajinikanth Vanangamudi. All four of Rajini’s grandchildren are now grandsons. Meanwhile, the actor last made an appearance at the Ponniyin Selvan Trailer and Audio launch. On stage, Rajini openly spoke about a lot of things and also reminisced about the late CM Jayalalithaa. He said, “Everybody kept asking me if I have read Ponniyin Selvan. But, as the novel is extremely long, I did not take the effort. However, back then, an interview of late Chief Minister Jayalalithaa was published in the Kumudham weekly. In that, she was asked her choice of casting for the Vandhiyathevan character if the book was made into a film. Jayalalithaa had suggested my name for that role. I got the interest to read the novel only after reading her interview.”

Rajinikanth also revealed that he wanted to be part of the stellar cast of ‘Ponniyin Selvan’, but Mani Ratnam denied to offer the role for fear of the audience’s response. “When Mani Ratnam announced in 2019 that he has started the work for the film, I called and asked him to let me play the role of Periya Pazhuvettiyar. He out rightly said no and asked me if I wanted my fans to scold him. He also added that this is not the role of a superstar like you as the screen presence is very less. I still wanted to do it. He then convinced me that I have better movies to do and it was not required for me to do a small role even a special appearance. This is what you call an excellent director. If it was anyone else, they would have agreed to my request. That’s the reason he is Mani Ratnam.”

He also added that he had imagined the characters from the book to the actors. He said, “I wanted to play Arunmozhi Varman. So I imagined the other characters with the stars of that time. Thought of Kamal Haasan doing Vanthiyadevan, Sri Devi as Kundavai and Hema Malini as Nandini and Sathyaraj playing the role of Periya Pazhuvettiyar. I and Kamal did not get the chance to act for ‘Ponniyin Selvan’. Now, can see Vikram, Jayam Ravi, Karthi, Aishwarya Rai and Trisha doing these roles and I am very happy.”

Now, a photo from the sets of his next film Jailer has gone viral on social media. This film is his 169th movie which is he collaborating with Nelson Dilipkumar. It is reported that a little girl who is a die-hard fan of the Thalaivar wanted to meet him and went to the studios with the request. Rajini immediately agreed to meet her and not only posed for pics with her but also signed an autograph for her. The photos are now going super viral on the internet and the netizens are lauding the all-time great ‘s gesture. 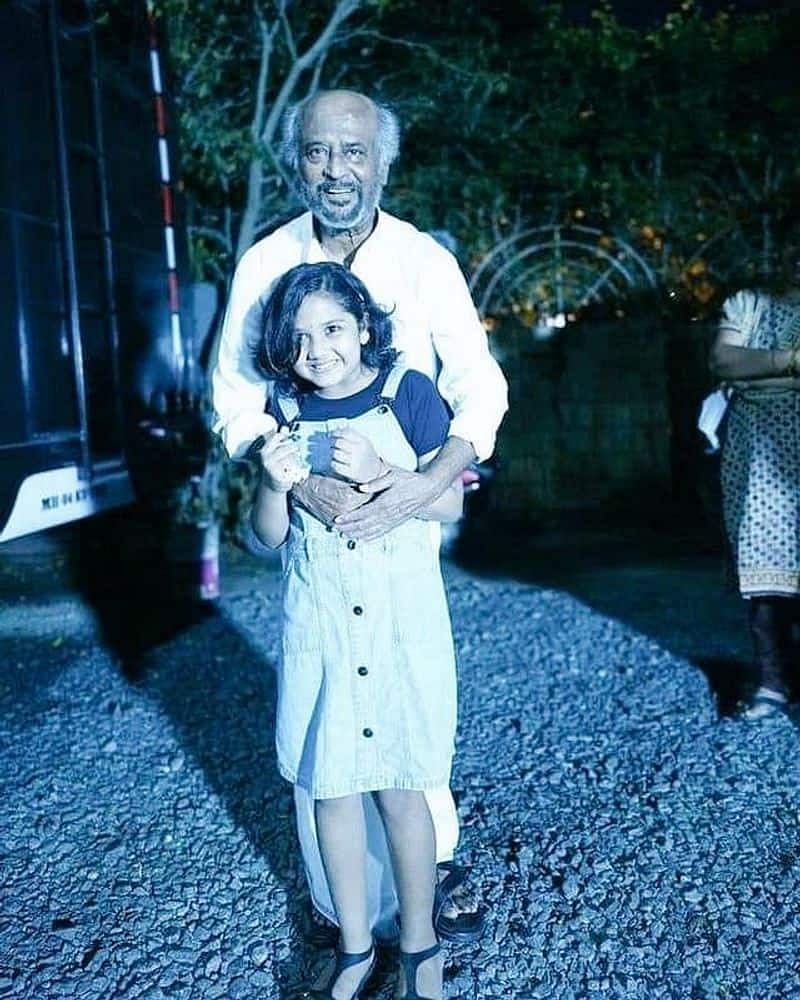 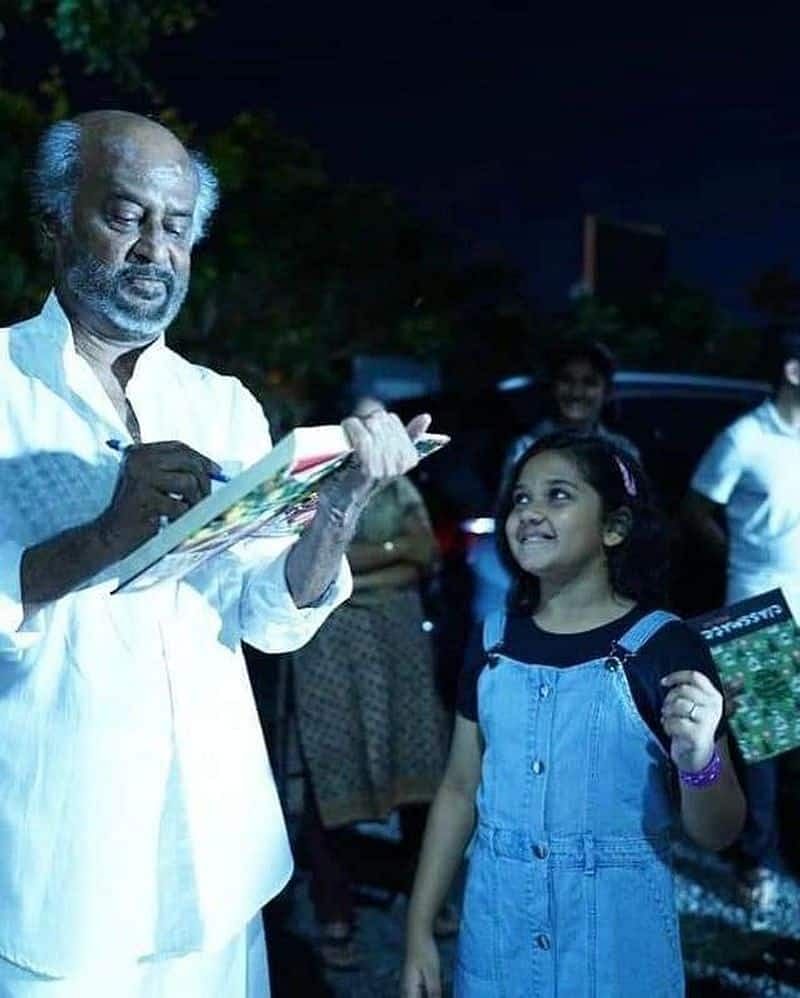 The shooting of Rajinikanth’s upcoming film Jailer, along with Director Nelson Dilipkumar was set afloat recently. While the shoot initially began with the supporting cast, Rajinikanth has also started his shooting schedule now. Kannada star Shivarajkumar and Ramya Krishnan have confirmed their acting in the film. There were previously speculations that Tamannah was to play a role in the film. Now, the reports have been confirmed, and there are more details about her role. While reports earlier suggested that Rajinikanth was to romance a young actor like Tamannah, the latest update is that the latter is only doing a cameo and will only be in the film for a short screen time. This has now started rumours that Tamannah is probably going to be portrayed as Rajini’s daughter in the film and that her portions will come in the flashback.  Vinayakan, Vasanth Ravi, Yogi Babu, and Redin Kingsley are also part of the ‘Jailer’ cast, while the film’s music will be scored by Anirudh Ravichander. Vijay Kartik Kannan is the cinematographer. The film will be shot extensively at Ramoji Filmcity in Hyderabad and Rajini is said to be playing the titular role of a jailer. Much like other Nelson films, this one too is expected to be a quirky action thriller, though in an altogether unique space.