Hansika Motwani has been in the film industry since her childhood days as she started her career as a child artist. She has done a prominent role as a child in Koi.. Mil Gaya. She then did her debut as a lead in a Telugu film titled Desamundru. She has done 50 films so far, her latest ‘Maha’ marking her 50th. In Maha, she was seen alongside actor Silambarasan. While she has more than 5 films under her kitty, she has taken a small break from her acting career to tie the knot with her longtime business partner Sohael Khaturiya.

Hansika and Sohael have been running an event management company since November 2020. Sohael, an Entrepreneur is also an owner of a textile company that exports garments internationally since 1985. The Business partners have now decided to become companions, and their wedding rituals have already begun in Jaipur. Yesterday, the Mehendi function of the pretty actress took place. A sangeet and a Sufi Night are also planned before the wedding. The wedding functions are happening at the 450-year-old Mundota fort in Jaipur. Only close friends and family are to be a part of the wedding and other functions.

Photos of Hansika in her Mehendi ensemble have gone viral on social media. She is seen wearing a bright orange and yellow sharara suit and her hands are decked up with Mehendi. She matched the suit with simple silver Jhumkas, simple makeup, and a low ponytail. The couple kickstarted their wedding celebrations with a Mata Ki Chowki ceremony, which was held in Mumbai, last week. Later, Hansika Motwani had a fun bachelorette trip with her girl gang, including actress Shriya Reddy. The actress later shared a special video of her bachelorette trip and party on her Instagram handle, which states that she had a blast with her girlfriends. 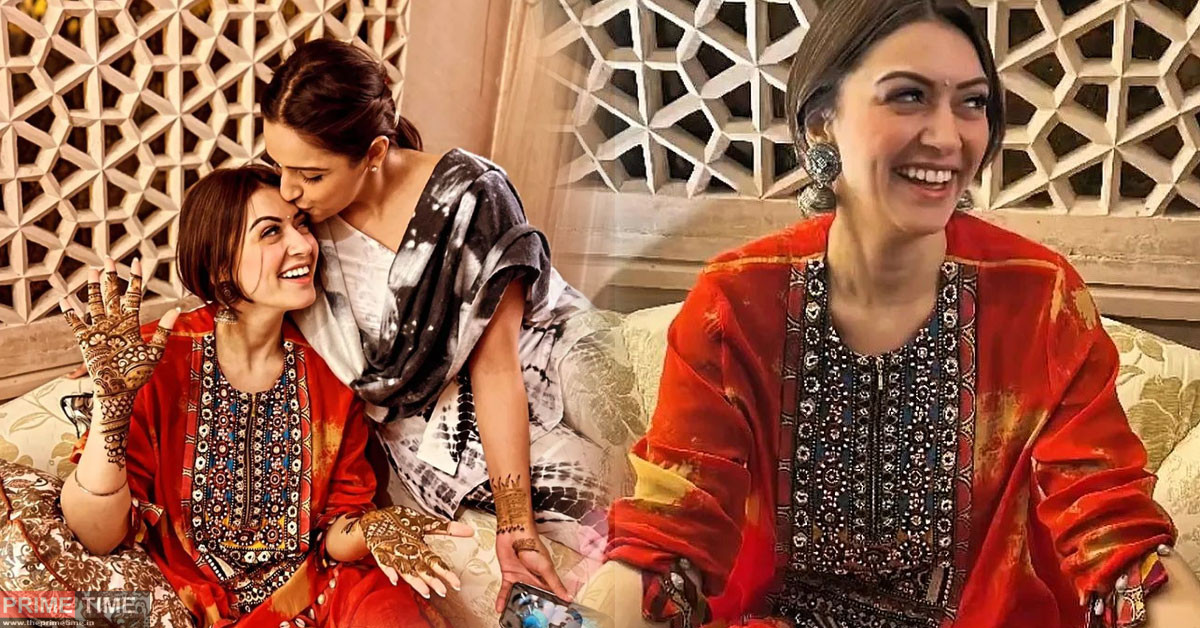 Now, the latest buzz around his celebrity wedding is that an OTT platform will be live streaming the nuptials. The details are yet to be revealed but look like the wedding will be available for all Hansika fans to watch live. Meanwhile, we await official information. Previously, a report revealed that this is Sohael’s second wedding. A video apparently shows her dancing at his first wedding sangeet. Reports suggest that he was previously married to a girl called Rinky, and the wedding apparently took place in Goa in 2016.

Meanwhile, the 30-yr-old actor is currently filming for a number of films. She has completed and is awaiting the release of Partner in Tamil and 105 Minutes in Telugu. She is also filming for Rowdy Baby, an Untitled Vijay Chander film, an Untitled R Kannan film, and an untitled Igore film, all in Tamil. The shoot is in progress for another of her Telugu film titled My Name is Shruthi. Apart from these many films, the happening actress also has 2 web series in her kitty. She has completed MY3 in Tamil and is shooting for the Telugu series Nasha.