Vijay TV Serial actress Tamilselvi Rithika tied the knot recently at a Temple in Kerala. Social media is abuzz with this news ever since Television anchor Divyadharshini shared news about the same. Rithika gained fame through her performance on popular television serials ‘Bhagyalakshmi’ and ‘Raja Rani’. She also participated as a wildcard contestant in the popular reality television show Cooku With C0mali. Her interactions with KPY Bala were one of the major highlights of the season that viewers enjoyed the most. She was also the first runner-up of the comedy reality show ‘Comedy Raja Kalakkal Rani’.

The television actress has tied the knot with a Vijay TV creative producer Vinu. The two are said to have fallen for each other when collaborating on various shows. The 26-year-old actress met Divyadarshini and invited her to the wedding to take place later this month. Divyadharshini took to her Instagram story to share a photo with Rithika along with the caption, “So happy for you my cute bride and so proud of you.” The photo shows DD and Rithika together posing in a cute embrace. 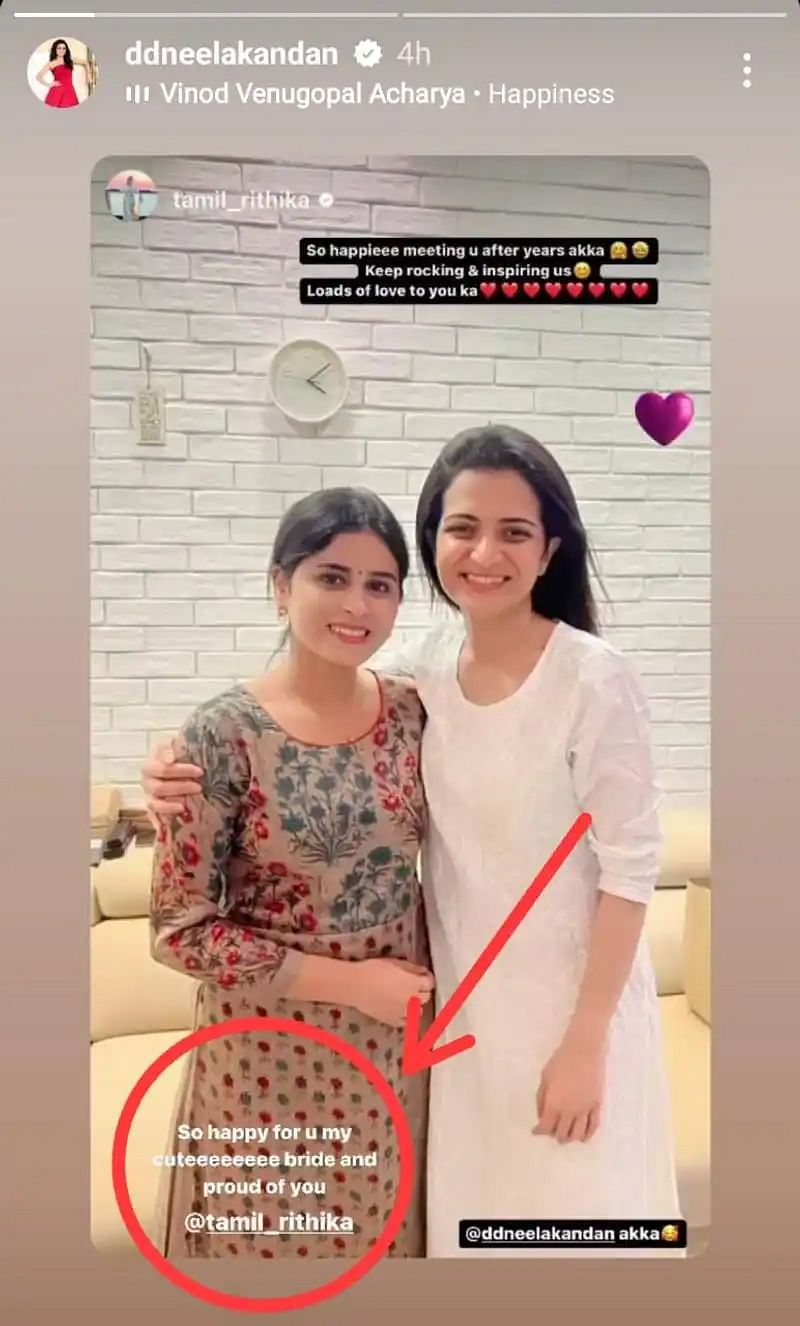 Yesterday, she took to her Instagram to share a photo of herself and her husband. She was seen in a traditional Kerala saree and her Husband was wearing the Mundu. The two had wedding garlands on them and were looking at each other in the photo. Looks like they tied the knot in some temple in Kerala. She wrote in the captions, “Finally… !! MRS.VINU with god’s grace🙏🏻need all ur love & blessings to us ❤️😇🙏🏻”