The recent roaring success of Nayanthara’s Netrikann might just have been a pit spot for Nayanthara’s success. The Imaikka Nodigal actor has recently achieved yet another milestone that has left her fiancé, Vignesh Sivan in tears.

In 2018, she became the only South Indian heroine to feature in the 2018 Forbes India Celebrity 100 list which comes out with their annual list of top 100 richest Indian celebrities. 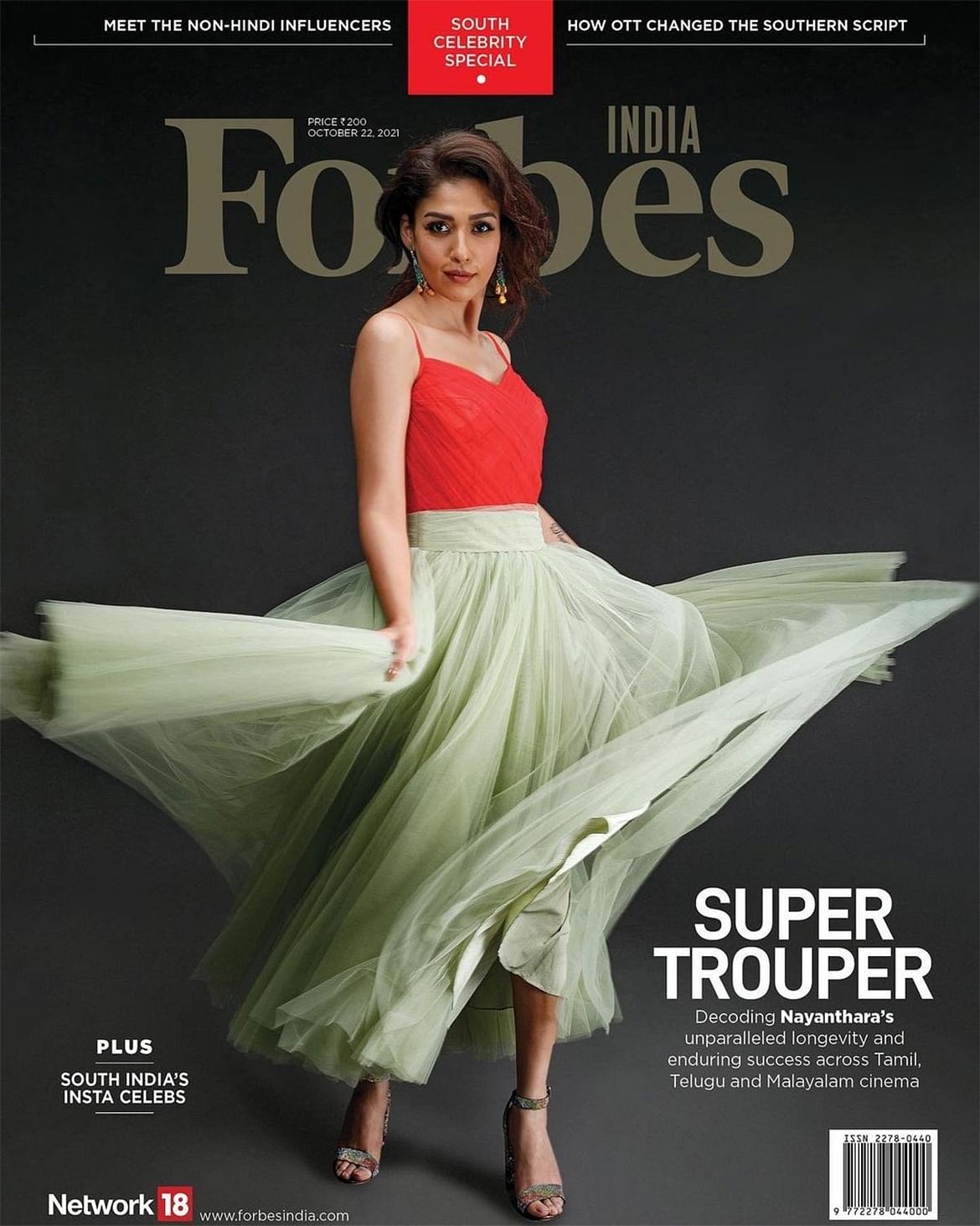 Fast forward to three years later, the actor has made her way to be on the cover of the first-ever South Indian edition of the prestigious Forbes. The cover story drew a beeline on the stardom, dedication, and longevity of fame of the actor-producer. The subsequent articles included actors Dulquer Salmaan and Yash.

Vignesh Shivan, her fiancé, posted the cover photo on his Instagram stories and shared a heartfelt note. He wrote, “Proud?? Heartwarming?? Memorable and happy to see this #Thangamaey.” In her bag, she is currently shooting for her Bollywood debut film with Shah Rukh Khan directed by Atlee. There’s also her movie with Rajnikanth, ‘Annaatthe’ that is scheduled to release soon. She also awaits her first movie with Samantha Akkineni in Kaathu Vaakula Rendu Kaadhal, opposite Vijay Sethupati, directed by Vignesh Shivan, her fiancé. Nayanthara and Vignesh Shivan have been dating for quite a long time now and after her open statement during her last movie Netrikan’s promotions, she claimed the ring is an Engagement ring in Tamil to the host. So, the recent buzz around K’town is that the two might get hitched pretty soon.