We have heard of NGOs and foundations that serve a variety of causes like autism, cancer, orphans, old age, etc. In a world full of such social causes, one cause we haven’t heard of is ‘palliative care for children’. When Stella Matthew first started out, she didn’t know how to go about with a foundation for Children’s Palliative Care. Now, 4 years later, her foundation “Golden Butterflies” caters to 2500+ child patient families. In a conversation with us, Stella opened up about her love for social service, and her journey with Golden Butterflies.

Even before Stella started Golden Butterflies in 2018, she was always inclined towards counselling and social service. “It has always been counselling as I have been into grief counselling for organ donation. I used to counsel the family of patients with brain death, for them to donate organs,” she shared. She also narrated that she believed that she was a good listener, and therefore chose the field of counselling.

She always loved working with children and decided that if she ever started a foundation, it would be to serve children. However, the idea to serve the cause of Pediatric Palliative care came from Aneka Paul, who is now one of the trustees of Golden Butterflies. “At that time, Aneka was in Mumbai, pursuing her PhD in palliative care. She was the one who told me that there is no one doing pediatric palliative care. All of us other trustees also unanimously decided to take it up,” she explained.

Stella frankly shared that they had no idea what they were getting into. Although they registered the foundation in February 2018, they commenced operations only in November. In the meantime, she and the entire team met with medical experts who have dealt with the cause, to learn and know more in order to serve the cause. They also did various courses and took up workshops to understand palliative care. “That’s when we understood that palliative care is also about catering to the family of the patient, as they’re also affected,” she recalled. 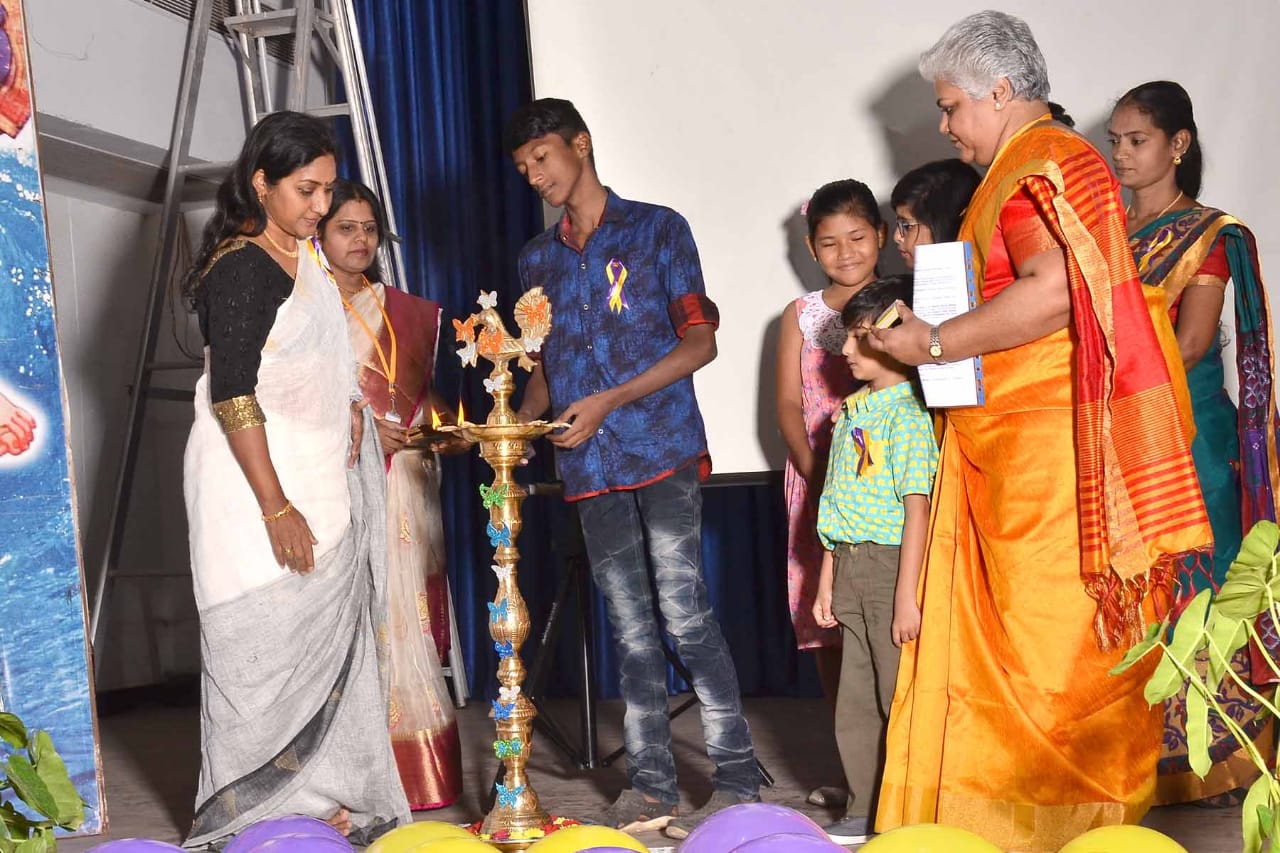 Before Stella entered the world of social service, she had a number of pursuits in her kitty. A native of Bangalore, she represented her institution in Handball and Hockey. She also worked in the Hospitality industry for a number of years before coming into social work. Talking about her nature and personality, Stella said, “I have always been a friendly person. Many say that my smile is magical and that I am capable of getting away with my smile. I cannot think negatively, that’s something I have noticed about myself.”

After quitting her job for taking care of her son, Stella went around volunteering for various social causes. While she shifted from city to city due to her husband’s transfer, she did not give up her love for volunteering. She has been in the NGO world for 25 years and has been a part of many foundations including, TANKER, MOHAN Foundation, Jeevan Blood Bank & Mukti Foundation before she started Golden Butterflies.

Apart from Stella, Golden Butterflies has 4 other trustees, who are all women from various backgrounds. There is a stereotype that women can never work together, especially if they are in decision-making positions. The entire Golden Butterflies team is a good example of how that stereotype is untrue. Talking about her colleagues, Stella fondly said, “We have four verticals under GB and each of the trustees is entrusted with one. We ensure that we don’t step upon each other’s shoes. I take care of the whole foundation, entirely. I think it works out because they’re very open to suggestions. We all are ready to patiently listen to each other’s suggestions and opinions.” To date, the foundation predominantly has women employees. 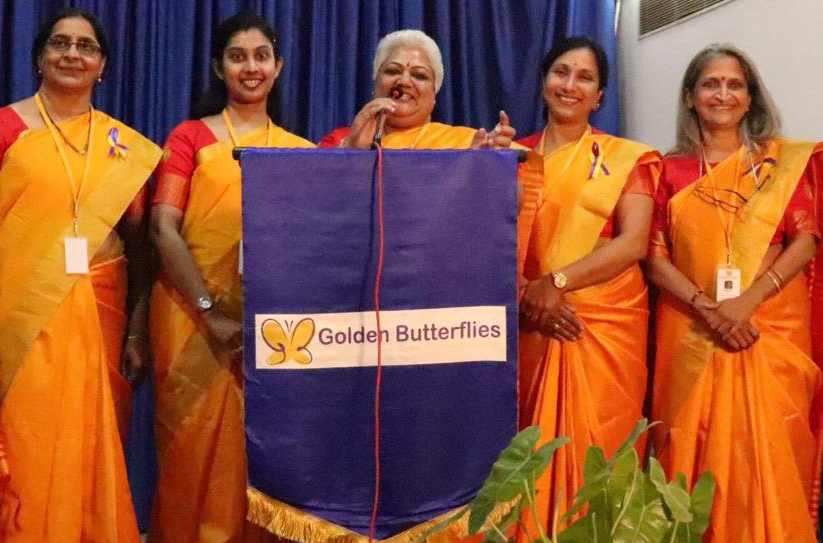 Golden Butterflies offers various services to palliative children and their families. Their ‘GB Hear For You’ offers counselling services to the children, their parents, and most importantly, their siblings. Stella explained that the patient’s sibling is the most affected mentally as they’re not given enough attention. Therefore, this foundation makes it a point to encourage both the child with a chronic disease, as well as their sibling.

They also have ‘GB Bandwagon’ which basically provides art and recreational activities to children. Their ‘GB Brick By Brick’ deals with capacity building, and they also have ‘GB Right Where You Are’ to provide help to those who need it right where they are placed. Recently, on October 2nd, they hosted a recreational day for all the sick children called ‘Adi Dhool’. It featured exquisitely curated stalls for games, books, food, art activities, entertainment, song, dance and much more.

In the end, Stella has one message for today’s youth. “Social work needs a lot of dedication. A kind of work a social worker can do, nobody else can do. So, please don’t take social work for granted.” Her mantra continues to be, “Service can only be done if we don’t look for fame and applause and let the cause talk!”