Many of us have heard the saying, “What is meant to be will always find its way.” When Bhavana Goparaju first wrote lyrics as a favour for a friend, she was probably just someone who had heard the quote. But, now, as a filmmaker from an Engineering and Computer background, she is the best example of this quote. “Films just happened to me. I wrote lyrics for a film when I was an Engineering student. That happened through a classmate who likes my poems. He requested me to pen lyrics for one of his music compositions as he wanted to compose music for his career,” she shared when asked about her entry into the film industry.

The shift from Engineering and Computer Science to the Film Industry

It was when she assisted with a couple of scripts did she realise her flare for writing and her passion for the film industry. “I assisted with a script for veteran Malayalam director Anil Kumar while doing my master’s in Computer Science (Big Data specialization). After getting a job, however, it became extremely tough to entertain my creative space. So, after giving it some thought, I decided not to lose touch with the film industry. With the connections I made as a newbie and an outsider, I chose to be in production as it optimized my skill set, time, and creative spirit.

Despite working full-time in the film industry, Bhavana still says she has not given up her computer career. She strongly believes that Science and Arts go hand-in-hand and that she is leaving her footprints in both fields. She is a proud multi-tasker, as she shares, “I research how technology can fill the gaps in health care all while reading and writing stories of the world to people. I build Data Products for Big Organizations and mentor startups while producing movies.”

The Journey of Jeevi Films

Under the banner of her Production Company, Jeevi Films, Bhavana has produced the Bengali short film ‘Ek Poshla Rupkatha’, an international collaboration between India and Russiathat won 6 international awards and 15+ Official selections around the globe. She Co-Produced ‘Maadathy-an Unfairy Tale’, a Tamil Feature film with Director Leena Manimekalai, which had a world premiere at the Busan Film Festival and a Latin American Premiere at the 60th Cartagena Film Festival. She is also the Associate Producer of ‘Mantra’ starring Kalki Koechlin and Rajat Kapoor. 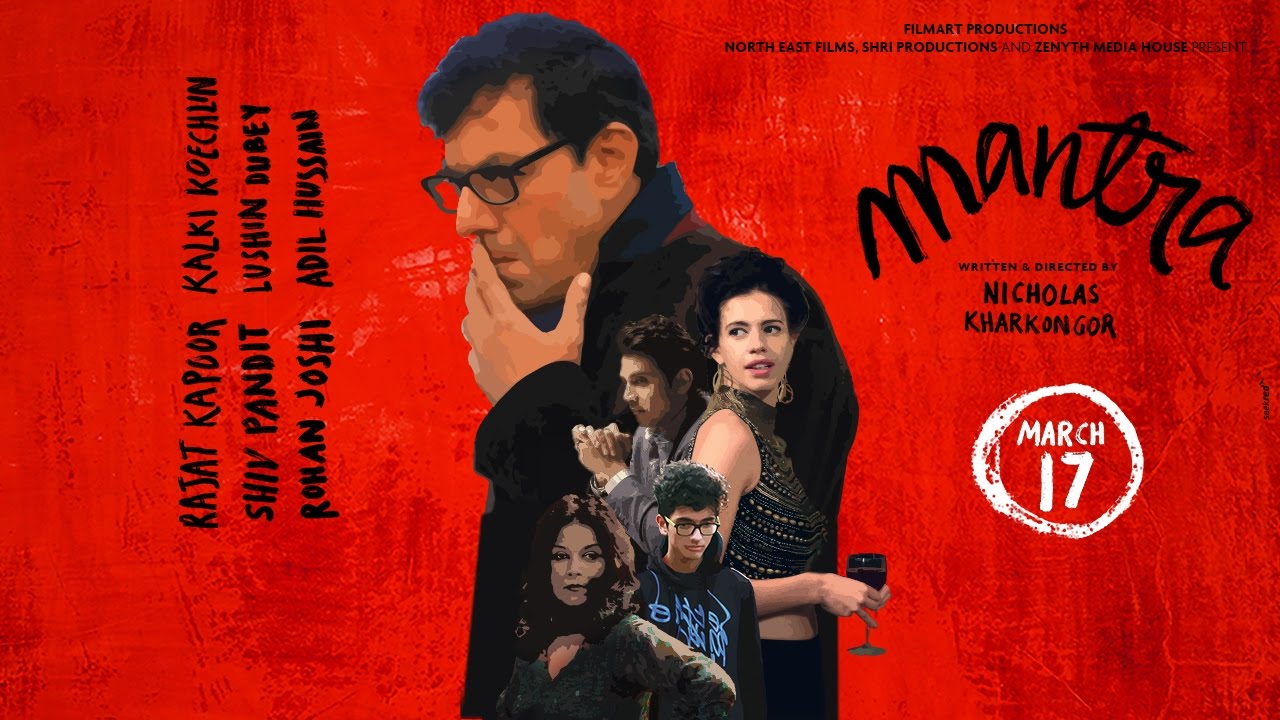 All of the films mentioned above are critically acclaimed ones. When asked if Jeevi films would ever choose to produce a commercial film, she shared that she does not produce films only to make money. She further explained, “What Jeevi Films intends to do is produce movies that tell stories of people to this world and be sustainable by generating income through them. Many of these critically acclaimed movies did earn a lot of money. There are still critically acclaimed films that generate a lot of money when released in a number of theatres and are also marketed well. I am not being idealistic here, but we should stop asking about making commercial films or making artistic films. A film is a film. There are a lot of factors that determine why a film doesn’t earn a profit. Sometimes, films that are just intended to make money don’t end up earning money. Why? Because of factors other than filmmaking, such as Marketing. There is a whole discussion on how Film making has turned from Art into a Business. Filmmaking is still an art like painting, photography, etc.”

About Maadathy: An Unfairy Tale 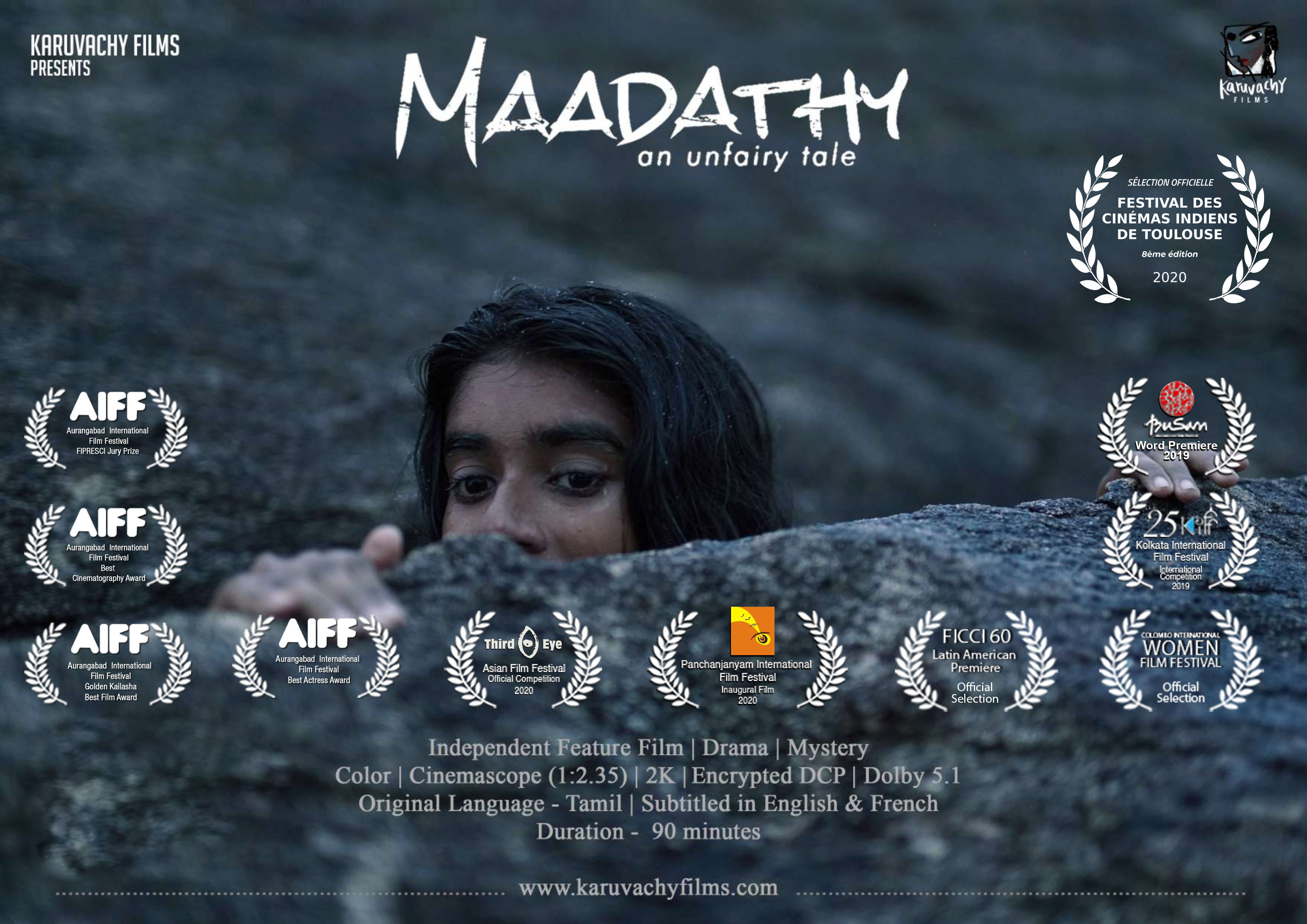 Leena Manimekalai’s Maadathy received rave reviews, although it did not reach many people. The movie conveyed a very important message and a meaningful story. Regarding how Maadathy impacted her, Bhavana shared, “To be honest, stories like Maadathy have happened in my life. Maadathy happened to me after I had taken a few months of break from social media. I took the break to recoup my mental health as I was involved in researching rape cases in India to write for the magazine I had founded. Maadathy felt like a sort of closure, a duty to satisfy my helpless self after working with rape victims and rape cases.”

The Process of Choosing Scripts

She is both a storyteller and a Producer. As a storyteller, it is natural to go for the message of the emotion that a story conveys. But as a Producer, a person also has to think financially about whether or not the script will make money. So, when asked about the priority she gives to choosing scripts, she said, “A Producer is not just money-making or money-giving machine. Of course, some investors are called producers, but that’s not always the case. As a producer, you need to see if the story fits in with your ideology or something that you believe in. A lot goes into the mind to come to a decision. But, if I am not emotionally attached to the essence of the film, I can never answer any of the other logical questions. I don’t believe in giving a message or advice through films. That’s not Art. I believe in telling stories I feel the need to and those I believe in telling the world. I believe in letting people pursue the meaning in their sense and perspective. Bhavana is currently producing a film called ‘In the Belly of a Tiger’, an international co-production with an International Cast and Crew. The movie is in post-production and is planned to be released in 2023.

As a self made woman, here is what Bhavana has to say based on her experiences. “Don’t give up! You might be near to living that dream. Seek help! Asking for help is never wrong. Don’t Give in! Giving in to situations and succumbing to what society and family tell you might result in losing you. Never stop dreaming! Whatever your dream may be, your dreams are yours,” she gleefully shared with all the women out there