Malayalam Actor Anjali Nair blessed with a baby! Pics inside!

Malayalam actor Anjali Nair and her husband Ajith Raju welcomed a baby yesterday, and the star took to Facebook to announce the same to the world. She added a note saying that life is filled with miracles and they are welcoming a new baby girl to their adorable family. The actor has also acted in a number of Tamil films including Maamanithan, Annaatthhe, and also played a prominent role in Drishyam 2.

She took to the social media platform to share photos of her husband and her newborn daughter Avni. Sharing the clicks, Anjali Nair penned a note that read, “Life is full of miracles, just like our newest family member, a sweet baby girl.” As soon as she shared this, fans went ‘aww’ admiration and congratulated the couple. The actor already has an older daughter Avni, and the newborn marks her second. 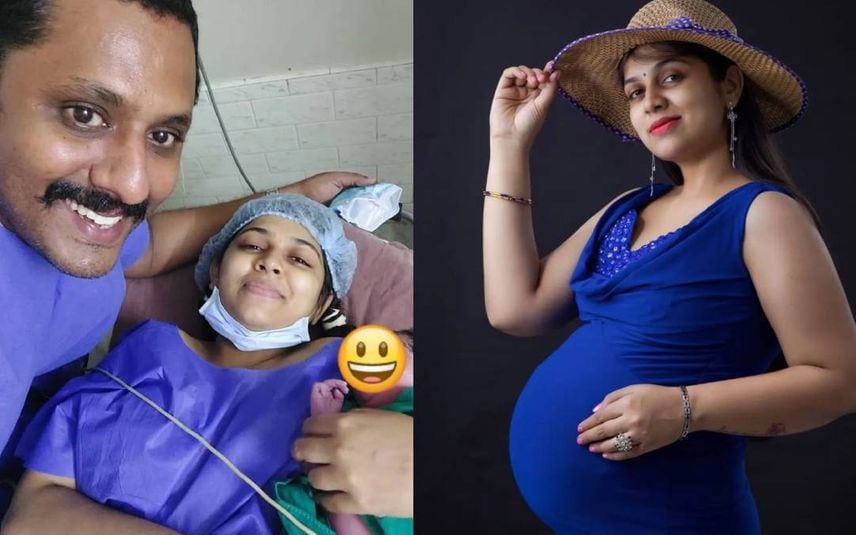 Anjali Nair’s husband Ajith Raju is her second husband and they tied the knot last year. Her first daughter, Avni, is from her first marriage, Aneesh Upasana, with whom she separated from a few years ago. Ajith Raju is an ad filmmaker and has also worked as an assistant director in several Malayalam and Tamil films including Lal Jose’s directorial film ‘Nalpathiyonnu’. He has also worked along with the renowned Tamil director Venkat Prabhu.

In Drishyam 2, Anjali Nair would have played the role of Saritha, a neighbour and an undercover cop in the investigation. She entered the Malayalam film industry with Manathe Vellitheru directed by Fazil back in 1994. She cameback to the field in 2010 with a Tamil film called Nellu, and she was then recognised as Bhagyanjali. She has been doing many significant roles in the industry ever since.