With the latest Salman Khan conviction, we come to realize that the stars we see on screen are so much more human and flawed for real. Though celebs are often worshipped for the beloved roles they portray it comes as more as a disappointment when they are not consistent with what we see on screen. Here’s the list of stars with criminal charges against them, although some of them falsely accused: 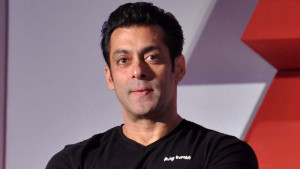 During the shooting of the Bollywood film Hum Saath Saath Hain 1998, Salman Khan shot two blackbucks when he was at visited Kankani village, Jodhpur. Saif Ali Khan, Tabu, Sonali Bendre and Neelam also arrived at the court for the pronouncement of the decision, as they were accused of traveling with Salman when the incident took place. Salman is charged under Section 51 of the Wildlife Protection Act, 1972. Dileep has been accused of being involved in the kidnapping of popular Malayalam actress. The actress went on to reveal that there was a bigger conspiracy behind her abduction and alleged molestation. In February 2017, Dileep has approached the High Court seeking a delay in the trial. In a petition filed by him, he has stated that he does not have enough documents and evidence for his side to go on trial on March 14th as announced. The trial is still pending. A week after Muslim fringe groups had called out the song Manikya Malaraya Poovi from the movie, Oru Adaar Love for hurting their sentiments, they quickly filed for a case against the director of the movie and the debut actress Priya Varrier, internet sensation. Her cute expressions have gone viral and overnight she became a sensation with millions of followers on her Instagram and social media accounts. Priya Varrier later approached Supreme Court to dismiss the case filed against her and the Court had decided to do the same after seeing her plea.