In an episode this week, Shivin was seen narrating her love story to her co-contestant Rachitha Mahalakshmi. She shared that she fell in love with a boy when she was working in the IT field. Apparently, things were all going well between the couple. However, her mother was not okay with the relationship and asked her to call it off. Her mother believed that the boy’s family may not accept her and therefore did not want her to get hurt. Shivin had then broken up with her boyfriend who is now working in Singapore. The 32-year-old broke into tears when she said that her ex-boyfriend has now taken to a few bad habits but she wants him to find a nice girl and get married to her. Rachitha was seen shedding some tears when Shivin shared this tragic story. 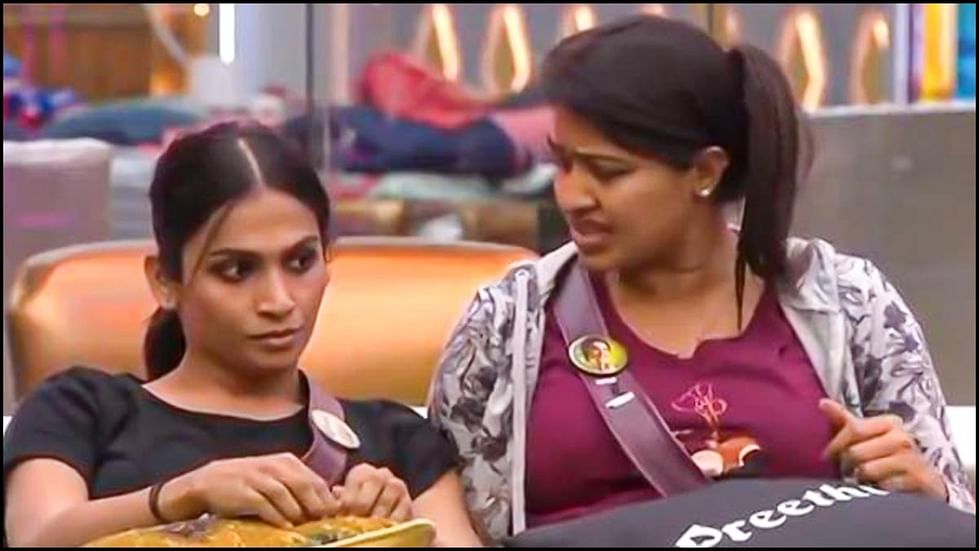 Meanwhile, in yesterday’s episode, Kamal Haasan took the time to convey a message against corruption. It is well-known that Dhanalakshmi’s team won the Sweet factory task this week. However, Kamal Haasan took away the victory from the Dhanalakshmi and presented it to Vikraman’s team for fair play. One of the rules of the game was that the money earned should be kept and guarded in the treasury box only. However, Dhanalakshmi and the team hid the money and guarded it elsewhere, disobeying the rules of the game. The victory was therefore Vikraman’s for his fair play in the game. Kamal also said that such corruption is happening outside in society and that we should not be encouraging it in any way.

Bigg Boss is a show with a huge fan following and netizens are constantly making memes out of the content on Social media. Last season, Raju made it to the Finale and bagged the title. The show is always hosted by Kamal Haasan, but for a short while last season, Ramya Krishnan hosted it. Bigg Boss Ultimate was also completed recently with contestants who have already been in the Bigg Boss House. The first season’s title was bagged by Arav. The winner of the following seasons was Rythvika, Mugen Rao, Aari Arjunan, and Raju Jeyamohan, for seasons 2, 3, 4, and 5, respectively.