Amala Paul’s bold response to trolls on her bikini photos!

Not the first time!

With nearly 3.6 million followers, Amala Paul is a force to reckon with as she fills her feed with pictures and sets the internet on fire with her variety of photoshoots and outfits. This South Indian actor, with her exuberant confidence, was no exception when it came to the internet and its judgments.

The Aadai actor recently posted pictures of her in a bikini with a caption that expressed the definition of a woman being a goddess. Needless to say, her outfit garnered a lot of criticism online and she became the victim of online bullying over her pictures from her recent vacation.

In the pictures she posted, Amala Paul is seen wearing a boho-inspired bikini looks- a red and white crochet bikini top paired with an emerald green colored slit skirt as she flaunted her toned body which attracted a lot of hate comments that trolled her bikini avatar. 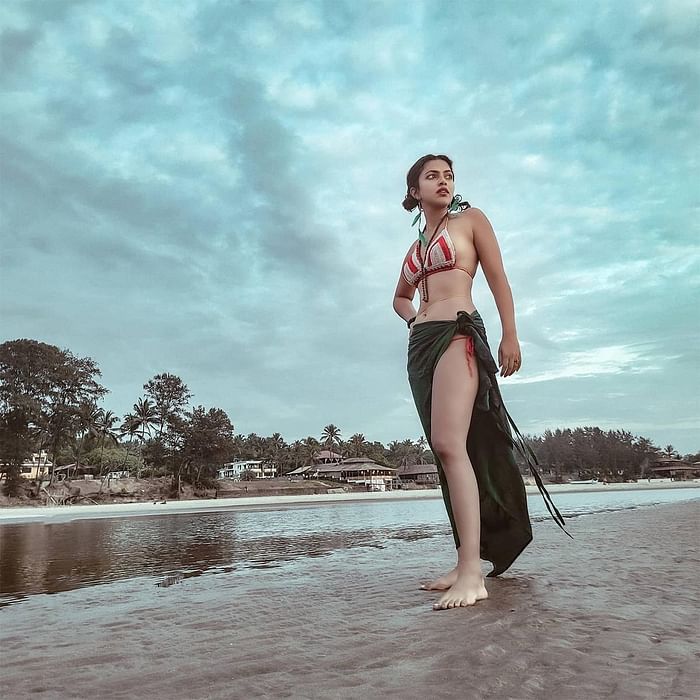 But the silence did not quite follow as Amala lashed back at the trolls with a bold reply. She wrote, “She would lead her life the way she wants. Therefore stop targeting women on social media. A woman dresses as per her wish and her own choice, no one has any business dictating about a girl’s dressing.”

This bold actress will soon be seen in a Tamil film titled ‘Adho Andha Paravai Pola’, directed by Vinoth KR. The Telugu remake of the Netflix original ‘Lust Stories’ is yet another biggie that she has bagged. Aadujeevitham, a Malayalam adventure drama written and directed by Blessy starring Prithviraj Sukumaran with the music by AR Rahman is another project of hers that she’s working on where Amala will be seen as Sanu opposite Prithviraj.