Abhishek Bacchan’s Breathe Into The Shadows gets a revamp!

The worldwide pandemic gave us more than just dalgona coffee, throwback trends, and a seat closer to technology. It brought out an influx in the releases of movies and series in the OTT space. With so many big series making their entry in the OTT platforms, there’s no dearth for entertainment and creativity in this era.

One such series that has gotten its suits packed for its second season is the mystery thriller “Breathe: Into The Shadows.” The OTT platform of Amazon Prime on Wednesday announced the second season which is headlined by Abhishek Bachchan and Amit Sadh. “Breathe: Into The Shadows”, which debuted on the streaming platform in July 2020, is a sequel series to Sadh’s 2018 crime thriller show “Breathe”. Abishek Bacchan and the official handle of the series have posted about the same. 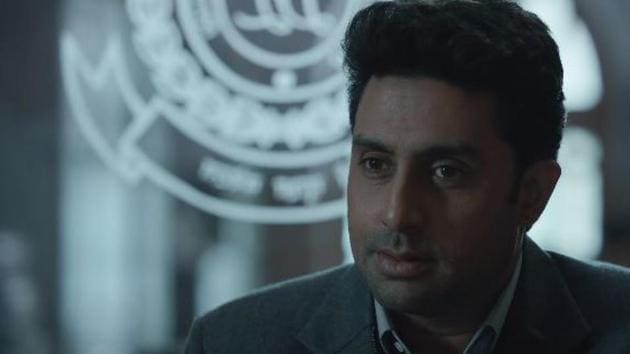 Abhishek Bachchan in a still from Breathe Into the Shadows.

It is expected that both Bachchan and Sadh will play the roles of Dr. Avinash Sabharwal and Inspector Kabir Sawant, respectively, in the second season of the Amazon original. Coming back with the series is also actors Nithya Menen in the role of Abha Sabharwal and Saiyami Kher as Shirley. They will be joined by Naveen Kasturia, best known for featuring in Dibakar Banerjee’s “Love Sex Aur Dhokha” and “Shanghai”.

This new season, co-created and directed by Mayank Sharma, will be a face-off between Bachchan and Sadh’s characters to a climax. Further details about the storyline haven’t been revealed. Season 1 of the series was the debut of Abhishek Bacchan into the world of OTT and was a 12 episode thriller. As such, the second season of “Breathe: Into The Shadows” is scheduled to be launched on Prime Video in over 240 countries and territories in 2022.