Nikita Thukral was reportedly banned from Kannada films for three years starting from 10 September 2011 by the Kannada Film Producers’ Association (KFPA) for an alleged illicit relationship with actor Darshan. The ban was implemented after Darshan’s wife accused him of assaulting her and in her complaint, she suggested that Thukral had been responsible for the violence. Consequently, Nikita denied the claims, calling them “ridiculous” and asked for proof, announcing a voluntary break from Kannada films for trying to ruin her image. Since the announcement of her ban, other film personalities had rallied in support of Thukral, who had been in hospital at the time due to low blood pressure and stress. Subsequently, the ban was revoked after five days of extensive protesting against the KFPA’s original decision. 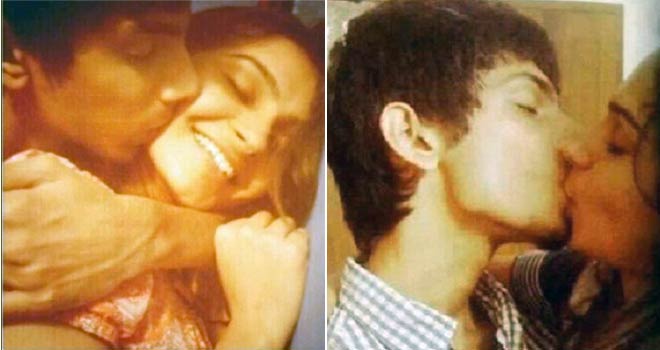 Music composer Anirudh and western singer Andrea were rumoured to be going out together for years but it was evident only when pictures of them kissing had surface all over online. Both were young and felt the wrath of going viral and had issued a statement saying they had split and the pictures were apparently very old! This relationship was controversial at its best! Actor Dileep was already embroiled in the case of a sexual assault and abduction of an actress when he left his ex-wife Manju Warrier to marry Kavya Madhavan. Rumours were ripe that the two had been seeing each other for quite a while and it was then no surprise that it happened!