5 Celebrity Stepmoms Who Share A Great Bond With Their Step Kids!

Second marriage in India is still considered taboo. We have enough Soaps in our Television to prove it. Apart from Saas-Bahu dramas, most soaps run with a plot where the stepmom makes the life of her step kids a living hell. However, that is only in Television. The bigger screen people have a bigger heart too. Because most of our celebrity stepmoms maintain a fantastic relationship with their step kids and set goals for this amazing bond. Here are five famous and successful actors who share an amazing chemistry with their step kids. Amala married Telugu Film actor Akkineni Nagarjuna in 1992. Nagarjuna had a son from his previous marriage, Naga Chaitanya. He was very young when his father re-married and he grew up with his step-mom. The couple has a son, actor Akkineni Akhil. Naga Chaitanya and Amala never behave like step-mom and step-kid; they are mother and son in all aspects. She fondly calls him Chaitu and always addresses him as her son. 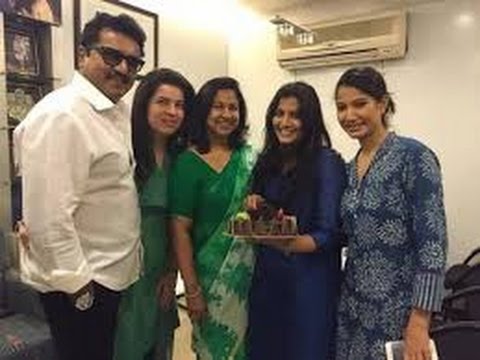 Radhika married Sarath Kumar in 2001 and have a son together. However, both of them have children from past marriages and all of them have been a family ever since. Sarath is great with Radhika’s daughter Rayanne and Radhika is great with Varalakshmi and Pooja. They have been seen together in a number of award functions and personal events as well.