10 signs that we missed in ChaySam’s fairytale that led to their end!

Red signs that we may have missed!

The fairytale actor couple who were on the recent buzz for their divorce has given shape to the rumors by confirming them parting their ways through separate posts on their socials. Hours within the post, hashtags of #ChaySam and #StayStrong began to trend as netizens expressed their sadness and shock over the same.

While it might have been a shock, their divorce may not actually be just a rumor gone right. Here are ten signs that we may have missed, that may have led to the couple’s divorce. It all started when the Super Deluxe actor dropped her surnames from Instagram and Twitter in July of this year, replacing it with an ‘S.’ This sparked rumors about her having troubles in the relationship with Naga Chaitanya. She had taken over the Akkineni surname after her marriage to him in 2017. The rumors sparked when she was in the midst of shooting for Shakuntalam.

Samantha made a beautiful post on her father-in-law’s birthday that made fans heave a sigh of relief amidst rumors of their divorce. However, her subsequent absence at his birthday party put the divorce on the radar once again, though rumors have it that she was busy shooting a film in Pondicherry at that time. Naga Chaitanya’s recent release Love Story has been raking hits since it reached our screens. Amidst all the celebrations, there are two signs that may have indicated the evident end.

Samantha, on her Twitter handle, retweeted the trailer of this film by tagging Sai Pallavi alone and not her actor husband. What added fuel to this fire is Naga Chaitanya’s response to her tweet with “Thanks Sam!!” missing the customary hearts emojis or any signs of love. ChaySam fans were for sure left heartbroken with this gesture when another came along.

The success party of Love Story had Amir Khan, Sai Pallavi, and many others who had attended to celebrate the actor’s film. All except Samantha, which was enough to add the foundation to their divorce rumors.

Rumors of her shifting to Bombay

After the initial sign of her dropping her surname, rumors of her leaving Hyderabad caught on as the Theri actor was rumored to make her new home in Bombay. On the occasion of her fashion label’s anniversary, Samantha however squashed the rumor stating it as one among ‘hundred other rumors’ which may have hinted at ChaySam still going strong, until yesterday when they posted about parting ways.

Samantha is quite active on her social media, filling her feed with cute pictures of her exercising, dogs, and her fashion sense. However, they might have become a bit too much in the last few days with no sign of her husband’s pictures in any of them. The recent post of her two dogs cutely laying down stated her paw pals being her happiness and it does stir questions on her husband’s presence and their bond.

There’s a buzz that immediately caught the air before their divorce was announced. It stated how the couple was planning to have a baby and start a family and how they were worried about the divorce rumors surrounding them at such a crucial time. However, the inevitable did happen and after their public announcement of parting ways, the prior rumor transformed into how one of them wanted a baby while the other wanted to focus on their careers, ultimately leading to a fork in their road.

The Family Man 2 might not be awarded quite a rosy family offscreen. Rumors are adrift that Samantha had accepted to play bold roles in the widely trending series with constant opposition from the Akkineni family which might have added to their falling out.

Chaitanya’s stay in a hotel

The news of the divorce of this cute couple who were lauded for being couple goals has definitely left many a fan heartbroken. Amidst all buzz, a source has stated that Chaitanya has been staying in a posh hotel in Hyderabad for nearly a month now since they had decided on mutual separation. The couple had awaited the release of Love Story to announce their separation.

Chaitanya missing on her Goa trip

Earlier, the Love Story actor was also seen missing on Samantha’s trip to Goa, with the latter going on tour with her friend, which may have had subtle red signs blaring.

Taking to Instagram stories, Samantha shared a post that read, “When I despair, I remember that all through history the way of truth and love have always won. There have been tyrants and murderers, and for a time, they can seem invincible, but in the end, they always fall. Think of it – always.” She shared it with the hashtag #MYMOMMASAID.” It has been stated that Samantha has refused to get the 200 crore alimony from the Akkineni family, stating how she’s a self-made person and has worked hard to get to heights with her perseverance. A source close to her has revealed how she’s focusing on work while keeping her personal matters aside.

“It’s not easy for Samantha to get up and go to work every day. She is massively heartbroken. But she doesn’t want any project that she is associated with to suffer because of her personal life. She has always been a thorough professional and continues to be, putting up a brave front every day. It’s not in her to be unprofessional,” said the source.

Given the public confirmation of both the actors parting ways, we can only wish them the best for their future and hope they keep lighting up our screens. 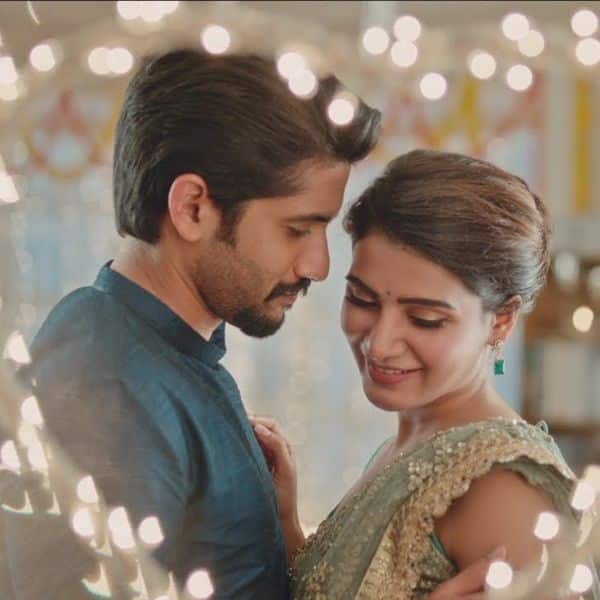