Dhanush, who recently was seen in a Hollywood movie, is an actor who mostly does only ‘Heroic’ films, or films with an extremely important message. Over the years, we have known Dhanush to be a good performer, and therefore we always expect heavy performance roles from him. As Thiruchitrambalam, Dhanush has tried something less-Heroic. However, apart from this aspect, it is easy to say that there nothing novel about the film.

The movie is about Thiruchitrambalam (Dhanush), who shares the name with his grandfather (Bharathirajaa). The first 10 minutes of the film establishes exactly what the trailer says. ‘Pazham’ (Thiruchitrambalam) as he is called, has a strained relationship with his father due to a past incident. However, they live under the same roof because of his grandfather who keeps them together. As a Food Delivery Man, with a best friend called Shobana (Nithya Menen), how Pazham navigates through life and finds love, forms the crux of the story.

The premise is set very interestingly, and the friendship between Thiru and Shobana is just perfect. They’re literally #FriendshipGoals, in the first half of the film. The movie will genuinely make you yearn for such a friendship. Apart from this relationship, the Grandfather-Grandson relationship between the two Thiruchitrambalams is way too adorable. These two relationships are the life-jacket of the film in the first half. 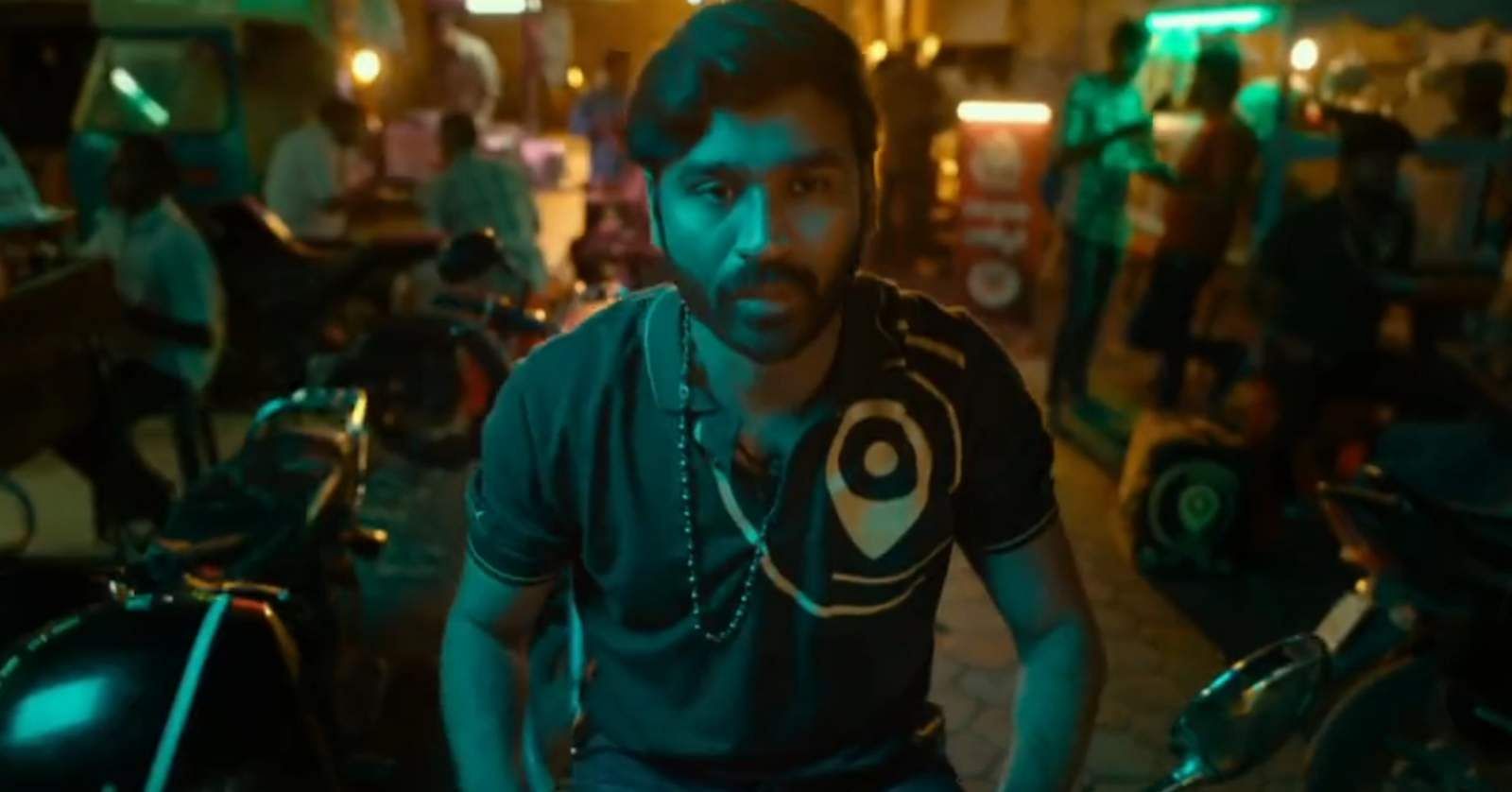 Every film needs a conflict, and this film’s challenge is the strained father-son relationship. The trailer makes us feel like the entire film revolves around that, but unfortunately, it is what most of us could predict out of the trailer. Friendships and relationships take a turn and the movie proceeds with no kind of meaning. Even as the conflict is solved mid-way, the movie proceeds aimlessly seeking its end. It confuses us whether this movie is about finding a job or finding true love.

The movie’s 3 Heroine idea was fascinating at the beginning. Little did we know that Raashi Khanna and Priya Bhavani Shankar play nothing but cameos in the film. Both are Thiru’s ‘Love interests’. There’s also a cliché as Raashi’s character Anusha is a modern girl, and Priya’s Ranjini is traditional. The characters have literally no depth or backstory, and are mere sexy lamps who are just used as catalysts for the grand ending.

We steer through the first half, even though it is slow, with hopes that the film will catch fire as it goes. One-liner comedy and funny instances help us swin through the slow screenplay. Even as we wonder where the film is taking us, the humour and comic situations make us want to wait patiently and see for ourselves. Nithya Menen and Bharathirajaa have tickled our funny bones which makes this movie watchable. The relatable scenarios in a relatable neighborhood is the winning point of this film. 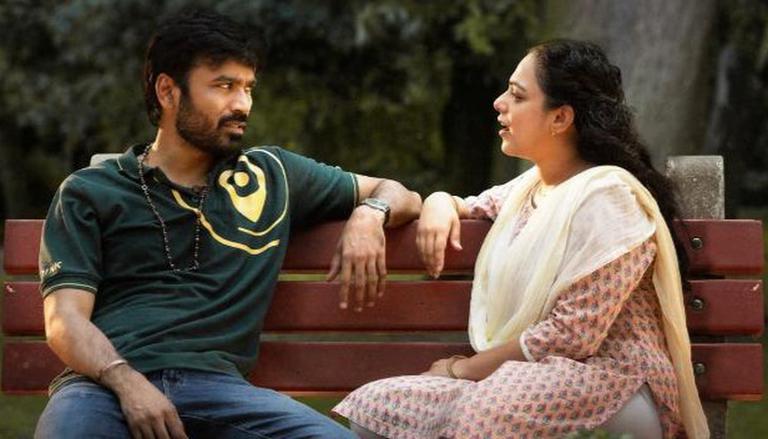 The conflict between the father and son is eventually resolved as the second-half begins. So we wonder what else is left in the film. But, that is when the movie takes a turn and focus falls slowly on Thiru and Shobana. Now, it is unecessary to spell out in words how the movie would have ended. Yes, what you thought was right. The story is not new, and has been seen across movies like Oh My Kadavule and Poovellam Un Vaasam. So, at the end, the movie leaves its audience confused with no storyline, and just a series of long and important conversations. End of the day, the concept is not new, but it is about how well the old concept is conveyed.

Nithya Menen is the soul of the film. As she dives deep into Shobana, we wonder how else the actor could outdo herself. Her easy and comfortable acting with Dhanush makes us believe that the two have been friends forever. Dhanush has tried a completely new character in the film. Instead of his usual ‘Hero’ roles, Dhanush has tried a not-so Heroic character in this film. What’s even better? It is pretty acceptable that he is just a common man and not a superhero! His performance makes us want him to continue being Thiru for a longer time.

Bharathirajaa and Prakash Raj are the other two commerndable performers in the film. Bharathirajaa has become the ‘Chella Thatha’ we all want. He, one hundred percent reminds us of a thatha we all have/had, or yearn to have. Prakash Raj has been doing stiff dad roles for two films now; Viruman and Thiruchitrambalam. But, in this movie, Prakash Raj’s role is a little different and his character arc has a nice twist to it. Guilt and closure are important subjects that the characters in this film deal with. 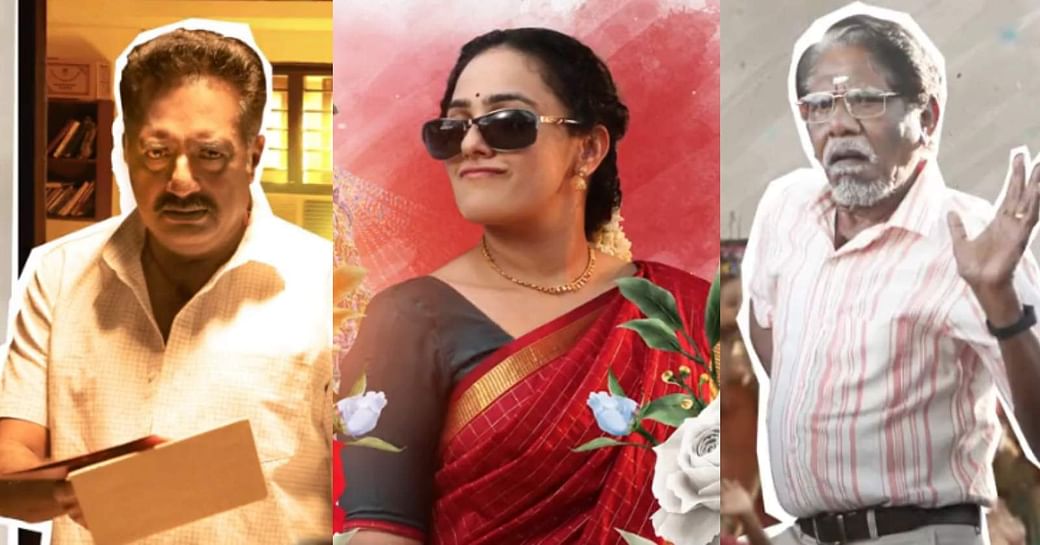 The film’s title ‘Thiruchitrambalam’ does not have a unique reason or meaning. It is just a character, a name that we relate to as a common man. The name is uncommon, and therefore, it will always remind us of Dhanush and this story. Interestingly, the people who love Thiruchitrambalam (Dhanush) in the film call him ‘Thiru’, while those who are not too close to him, call him ‘Pazham’.

Just because there was just one action scene in the movie, the director decided to cut to songs, whenever the movie drags. No doubt, the songs are ones that have become viral even before the movie’s release. But, they’re inserted in crucial segments in the movie, where we await the next lead. So, it becomes frustrating at times. ‘Megham Karukadha’ is an exception as Dhanush and Nithya’s dance will make us sway to the beat too.

At the end of the film, the audience will not be completely disappointed. The movie is entertaining, but stereotypical and predictable. Its slow and aimless screenplay makes it frustrating to watch. We wish Mithran Jawahar could have ventured more into the idea of the film, instead of submitting to predictability. This film is a comedy-entertainer at its best. At its worst, it is a film Dhanush could have avoided doing for its clichés. The movie might work for family audiences, but undoubtedly, there is nothing novel or wondrous about the film.

Verdict: Watch it only if you want to experience yet another cliche about opposite-sex friendship!