Sardar Movie Review: This Engaging Spy-Thriller Shows a Brilliant Karthi and has an Important Message!

A story that revolves around a fight against the big corporates is definitely not a new template for a movie. We have seen it repeatedly, and even a few films this year have been based on such a oneliner. But, bringing in a spy-thriller into such a template is not done before. A story involving espionage is usually complicated given the intricate details it would have to present. PS Mithran and Karthi’s Sardar has done quite the justice to a spy-thriller as it is more engaging than a usual commercial film.

Sardar, as mentioned above, is a spy-thriller. In 1988, we are introduced to a spy (Sardar) who goes missing with the label of a traitor. In the present, his son Inspector Vijay (Karthi) lives with the title of a traitor’s son. When he gets involved in a woman’s fight against bottled water companies, he is caught in a big web of conspiracies and betrayals against the country. How he finds the truth and fights, along with his father (the spy), forms the rest of the story. 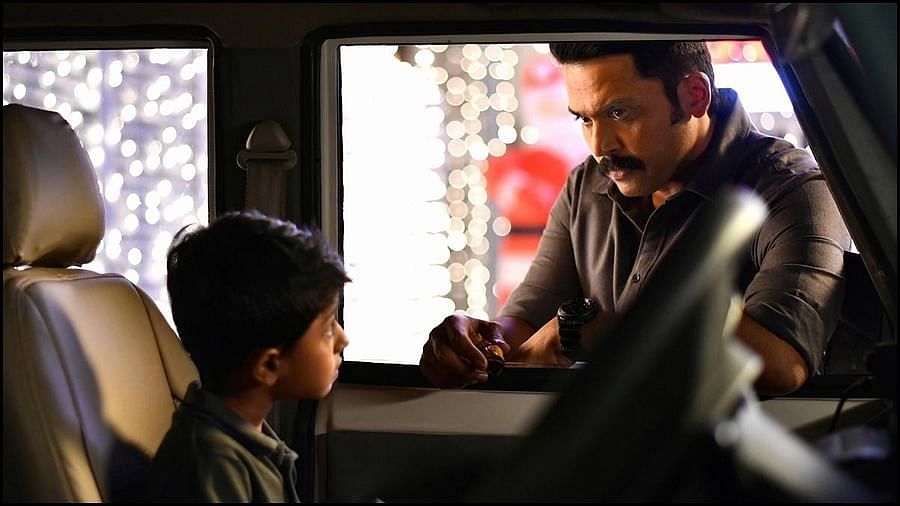 The story of Sardar cannot be explained easily, as it starts somewhere and leads us somewhere else. All said and done, PS Mithran has done thorough research about bottled water, and the privatisation of usable water, before making the movie. The movie spreads a strong message about this very thing.

The first half of the film is familiar and even has shades of Mohan Raja’s Velaikkaran in it. When we see Samira (Laila) fight against the corporate water world, we are reminded of Sneha’s character from Velaikkaran. It also takes time for the movie to establish the basic plotline. This makes the first half a little dull and long. However, the interval scene promises a more engaging second half.

The prowess of both Mithran and Karthi comes out in the second. In reality, we do not know how spies work. We turn to books and movies for us to understand the world of a spy. Mithran has really taken us into the world of espionage, something that we don’t see that often onscreen. 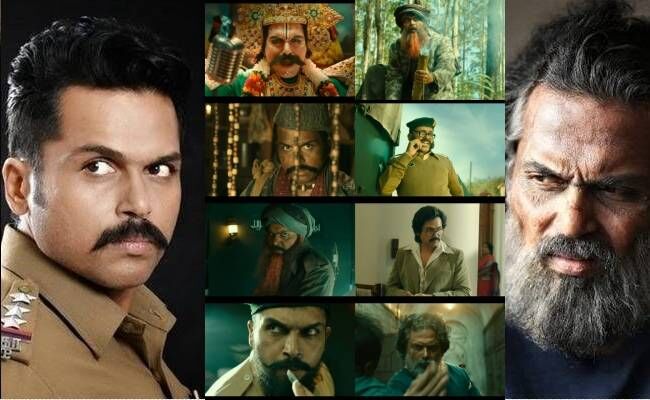 The problem however is that the movie has unwanted love portions that could have been removed to make the running time shorter. It is important for directors to let go of the romantic part of a commercial film when the movie deals with a subject of great depth. Even Sardar’s (Older Karthi) love track with Rajisha Vijayan goes along with the flow of the movie. But Vijay’s (younger Karthi) love story with Shalini (Raashi Khanna) could have been avoided.

Karthi has given us a wonderful spy in Sardar. The role he plays as Sardar’s son is a usual role. But as the spy, he does an extremely convincing job as he dons avatar after avatar. Chunky Panday, who plays the antagonist, has also given his usual best. Raashi Khanna, Laila and Rajisha Vijayan have been underused in the film. Raashi Khanna’s role had a lot of depth, but her screen time and contribution to the story could have been better. The young Rythvik plays an interesting character, and he has a lot of scope in the film industry.

The action sequences are orchestrated with perfection and it is quite believable as both older and younger versions of Karthi are actually trained for it. The interval sequence especially is really done well in terms of creating a goosebumps moment while introducing the ‘spy’. Art direction is another brilliantly worked-out part of the film. Be it the little knives, or the set properties, the art is what makes the spying part of the film more amusing. The costume design, as well as the makeup for Karthi, has been well-thought of. End of the day, the intricate details make the film complete.

Mithran’s Sardar offers a good spy-thriller if the little misses are ignored. The movie could do a little better in terms of writing. But, at the outset, it is definitely an engaging movie to watch along with family. This festive season, if you’re down to watch a film, then Sardar is definitely a better pick.

Verdict: Watch Sardar to see espionage come live onscreen and for the acting brilliance of Karthi!