A Selvaragahavan-Dhanush combo has happened 3 times so far, and has always been a blockbuster. Selvaraghavan is known for psychological thrillers; that of a different kind. Naane Varuvean marks the duo’s fourth film together. And for the fourth time, the brothers have proven that their combo is a sure-shot success.

Naane Varuvean revolves around the usual good vs. evil storyline. The teaser already introduces us to two Dhanush. Prabhu represents the Good and Kathir represents the evil. How Kathir affects Prabhu’s life, and how the latter manages to protect his family, form the rest of the story.

At the outset, this movie can typically be seen as a father-daughter one. It is Prabhu’s struggle to fight and save his daughter Sathya from danger. But, the movie cannot be understood on this surface level. There’s a lot more depth to this story. The characters are dark and have a deep background, establishing the actions they are forced to do later in their life. 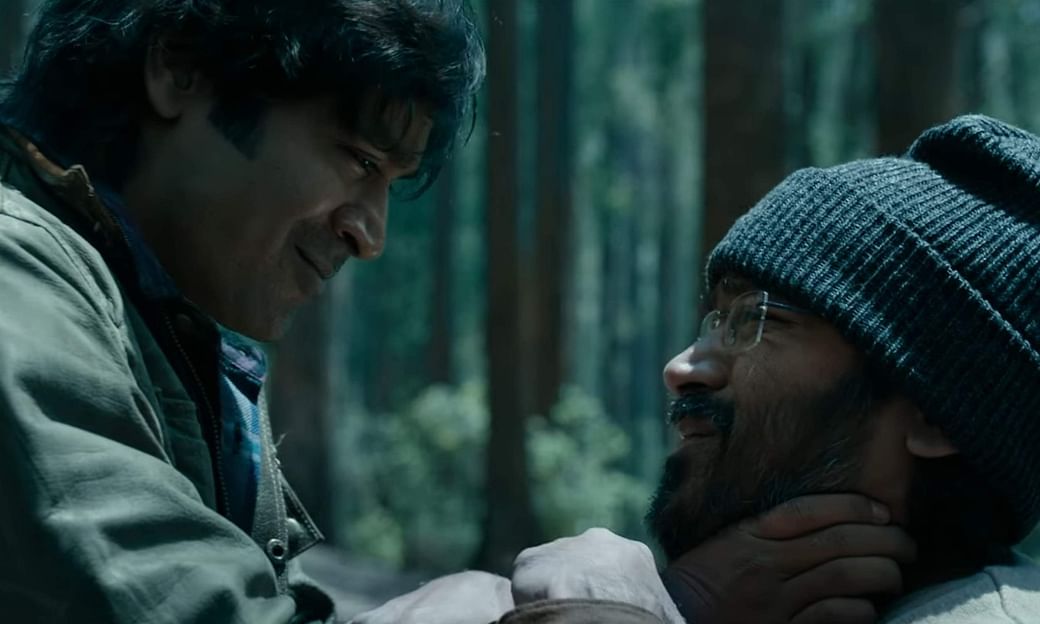 The biggest plus of the film is that it is only 120 minutes. But, in these 120 minutes, Selvaraghavan gives us all the necessary details to understand the actions of various characters. For example, Prabhu tells his wife (Indhuja Ravichander) that he does not want to have another child. A quick montage shot of his negative experiences with his brother informs him of his trauma and therefore his subsequent choice. This way, the director has stuck to short explanations without in-depth backstories.

The teaser revealed that one of the characters played by Dhanush is dark. Again, the movie does not go on to say why that character is dark in nature. It does not establish any brutally traumatic incident to validate his darkness. The character is dark from birth, and his difficult upbringing only fuels more and more darkness in him.

Although the movie is a psycho-thriller, it also has an eerie and haunting effect to it. However, we are frightened in parts we don’t expect and are surprised in scenes where we expect to get scared. Music has really played an important role in ensuring the jerks in our bodies. 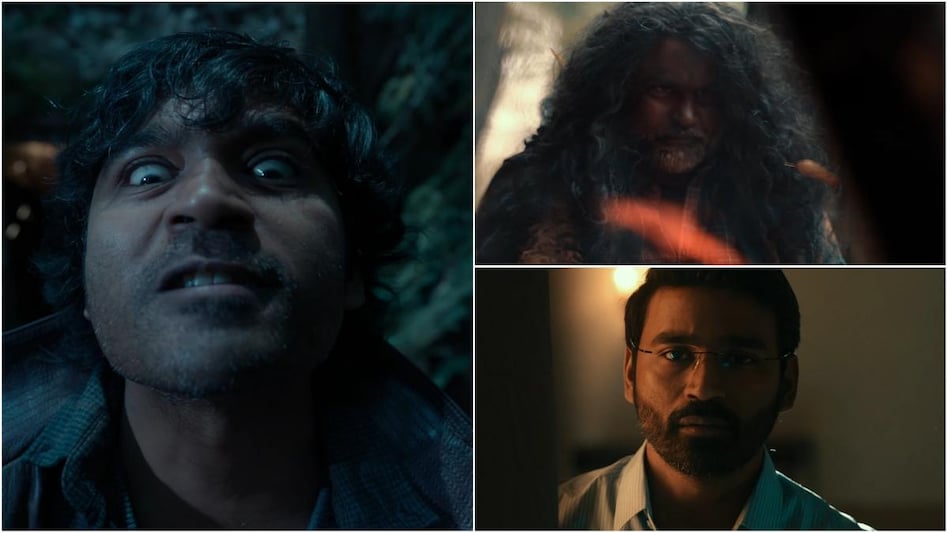 The movie heavily relies on the performance of the children. 5 children played important roles in the film. Pranav and Prabhav have played the younger selves of the double-action Dhanush. While Hiya Davey plays the protagonist, Frankenstein and Sylvensten play the sons of Dhanush. The children’s contribution to the film is extremely important as they mainly run around them. As mentioned earlier, the movie theme can also be seen as a Father’s love for children. In that way, all the kids acted flawlessly.

Debutante Elli AvrRam and Indhuja Ravichander don’t have important roles, but their characters cannot be fully removed from the story. Although they don’t exactly have much screen time, their performance, especially that of Elli, adds a lot of value to the story.

Dhanush is indeed the frontrunner of the film. We see shades of Vinod from Kadhal Konden in the dark character that Dhanush has played in the film. We also see the same Vinod from Kadhal Konden, when we see the good character that Dhanush has played. Dhanush’s dance sequence and psychotic action sequences really manage to stop your breath. Apart from the lead, actors Yogi Babu, Prabhu and Selvaraghavan have played extended cameos. Selavaraghavan especially comes only for a very small scene, but he leaves a mark. Music, cinematography and lighting are what make the film complete. Cinematographer Om Prakash has done a brilliant job at some angles. For example, when Prabhu tries to find out what is wrong with his daughter, and confront her, there is a close-up shot of his face at an uncomfortable angle, that shows how scared he is. Similarly, lighting has also played an important role, considering the movie has eerie elements. For example, in a scene where a ghost-like character is introduced the power is cut and the backup light is conveniently red. These elements add to the haunting effects of the film.

Similarly, Yuvan Shakar Raja’s music composition and background score. The theme BGM at the beginning of the Veera Soora song is enough by itself to frighten us completely. The lyrics and composition of Rendu Raaja are wonderful, on the other hand, as it conveys the story in short. The film is therefore incomplete without music.

The movie does not try to convey a message or educate the audience. It is a psycho-thriller which is dark, and might even evoke the darkness within us to come out. The movie may not be a suitable watch for children, and parental guidance is advised. But, Naane Varuvean is a must-watch film in theatres, to enjoy a good and eerie psycho-thriller!

Verdict: Watch Naane Varuvean in Theatres to enjoy Selvaraghavan and Dhanush’s Genius to the Fullest!