It is the year 2002. We are all in the theatre to watch KS Ravikumar and Kamal Haasan’s comical ride Panchathanthiram. At an intense moment in the film, two Kollywood queens, Ramya Krishnan and Simran sing Vandhaen Vandhaen and fight for the charismatic hero Kamal Haasan. Now imagine, 20 years later, this comical song sequence is a full-length feature film. That is Kaathuvaakula Rendu Kaadhal for you. Now, this doesn’t mean that the film is as good as the classic that Panchathanthiram was.

The plotline of Kaathuvakula Rendu Kaadhal is not difficult to understand, considering that the trailer, the songs, and even the title reiterate the concept time and again. Even then, the movie is about Rambo (Vijay Sethupathi) falling in love with two people, Khatija (Samantha) and Kanmani (Nayanthara) at the same time. Whom does he choose in the end, forms the rest of the story. 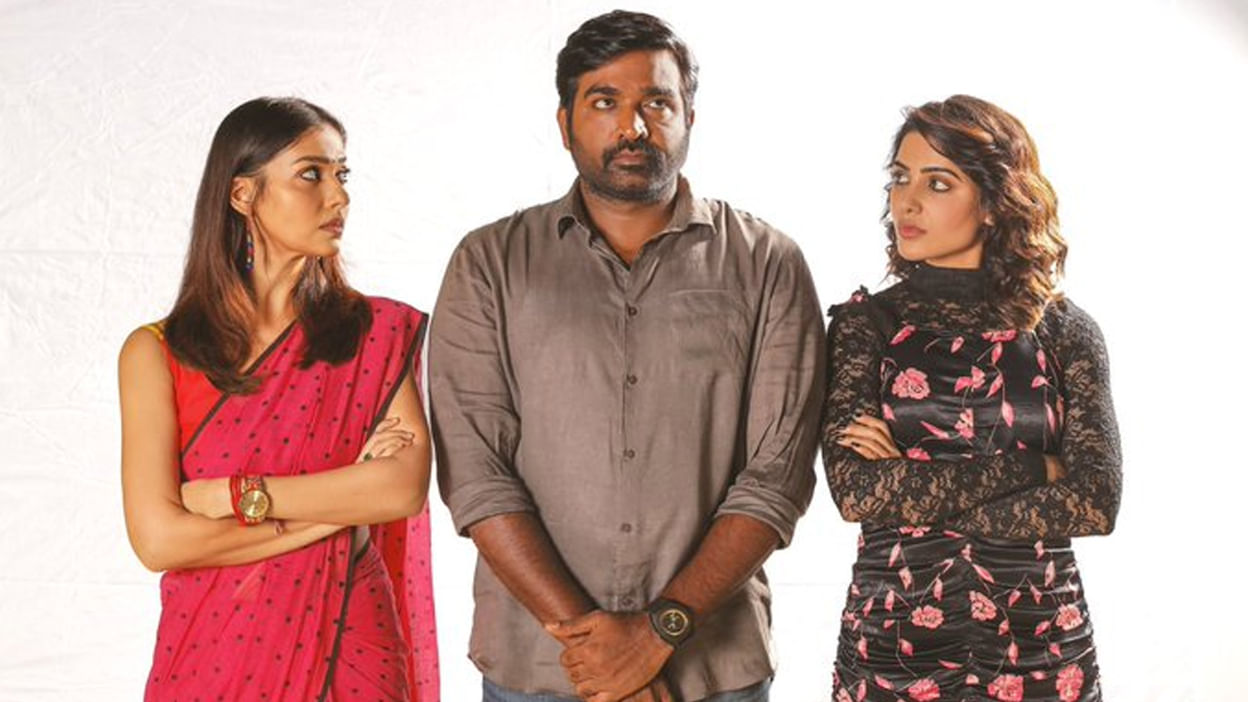 The premise of the movie is grand. It sets a tone for a heavily laughter loaded first half, with spoofy references to many other Tamil films like Naanum Rowdy Dhaan. Kala Master, Redin Kingsley and Prabhu amongst others, have contributed a lot to ensure that the first half sails smoothly and tickles the funny bone. As the story is being set in the first half, the audience really wonder what to expect in the second.

As we start the second half with popcorns in their hands, we are more than bored even before our popcorn gets over. The second half repeats the comedy from the first half, and after a point, the same jokes that were funny become forced comedy. Towards the end of the film, it is natural to start getting extremely restless, as we pray the movie comes to a logical and acceptable conclusion soon. 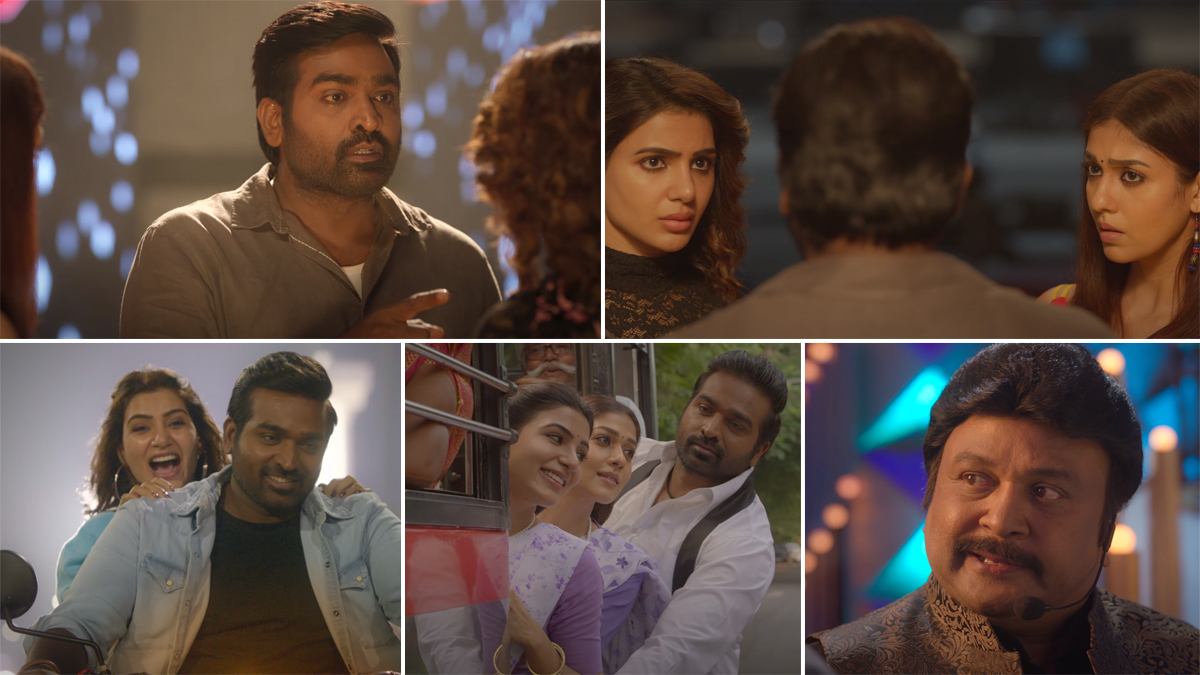 The movie revolves around two amazing women, Khatija and Kanmani, running behind Rambo. They fight for Rambo because he helps them overcome a difficult situation. And yes, you guessed it right! The difficult situation involves violence and fight scenes. So as usual, the women fall head over heels in love, because the knight in shining armour has come to save them.

But, not even in one place do we realise that just because a man does a bare minimum of helping a known person, it doesn’t make him a saint who has to be loved. Unfortunately, Kaathuvakula Rendu Kaadhal sells this concept for 2 long hours. Khatija and Kanmani fight for a Rambo, who openly says that he either wants both of them or none of them. Well, if you think that the movie builds a strong case for Polyamorous relationships, you are mistaken. It rather builds a case for age-old patriarchy and sexism and promotes the idea of two women, being put against each other for a man, just to satisfy his fantasies. Although comedy is one saving factor of the film, some of the comedy goes overboard and was annoying. Like Santhanam says, “Kovam vara mari comedy panadha”, the so-called sex jokes in the film could have surely been better thought out as they are more offensive and objectifying than actually funny.

This entire fiasco of a film becomes a bigger mishap when we witness the climax. When we come to the climax, we will surely feel that the director had a good concept and premise, but did not know how to end the film. The climax is just so much more disappointing and makes one feel that the entire wait for Rambo’s choice just goes away like a fully-aired balloon let free. 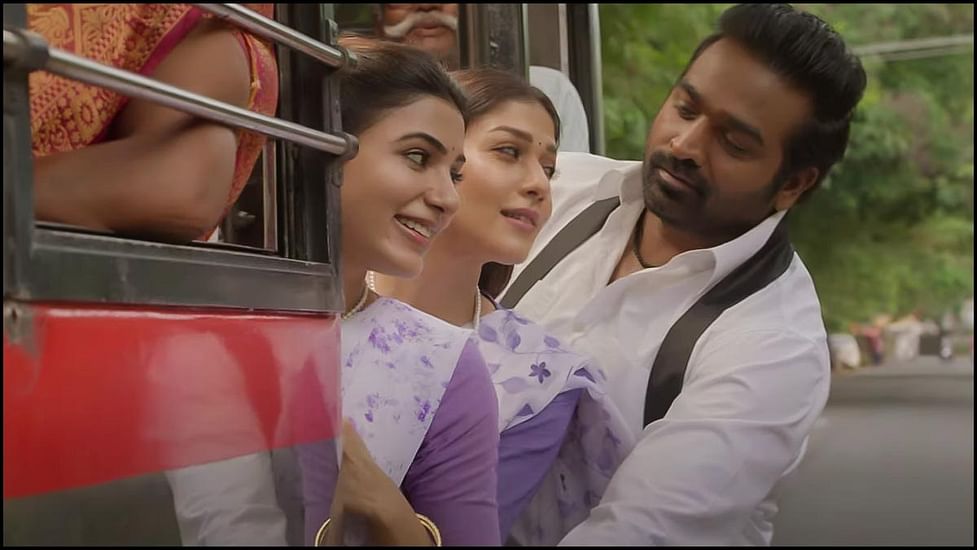 With this all being said, an important note to add is that the performances in the movie were commendable. It goes unsaid that Vijay Sethupathi, Samantha and Nayanthara were entertaining and enthralling to watch onscreen. But, in addition to the leads, Redin Kinglsey, Prabhu, Kala Master, Shreeshanth and Seema, all played their parts equally well. Special mention to Master Bhargav and the girl who played Minmini, for their adorable performances.

Anirudh Ravichander’s album was another plus in the film, as most of the songs were also timed perfectly. Only ‘Two Two Two’ could have come at a better time, as it was just before the already long-stretched climax. The cinematography was also worth a mention, especially in the song ‘Rendu Kaadhal’.

Another mention-worthy factor of the film is costumes. Anu Vardhan for Nayanthara, Preetham Jukalker for Samantha and Dinesh Manoharan for Vijay Sethupathi, have all done a brilliant job with the costumes, as they start defining the character arcs of the actors. The costumes were designed so well that the actors perfectly fit in them and carry them all through the film. 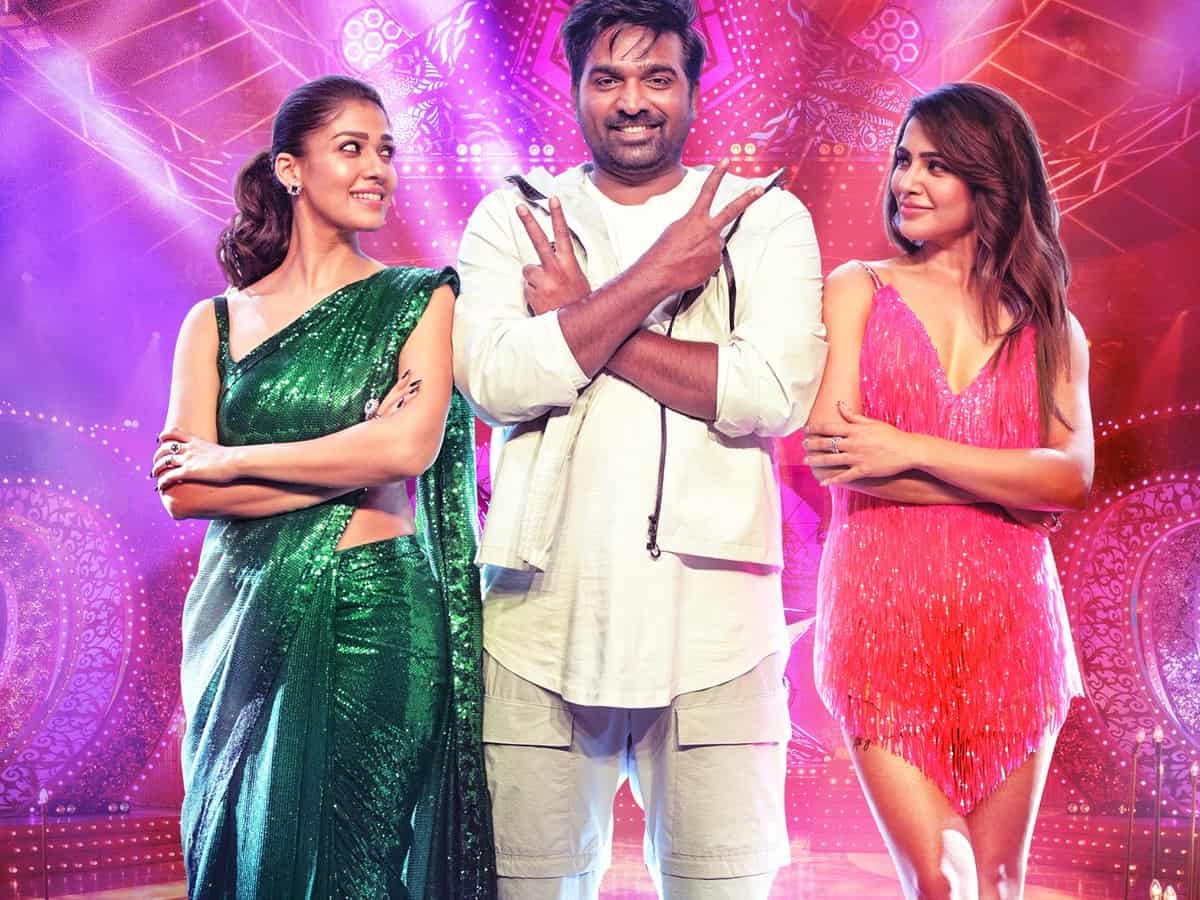 On the whole, Kaathuvaakula Rendu Kaadhal could have done much better in terms of story and screenplay. There was a lot of expectation for the film, as the trailer promised that the movie dealt with something new and unspoken. However, it is disappointing when it also falls into the age-old trope of patriarchy and male fantasy.

Verdict: Watch it only if you want to see Nayanthara, Samantha and Vijay Sethupathi onscreen together!