Radhakrishnan Parthiban is a pioneer in Tamil cinema, who has given some of the best classics. He is an actor and director, who has come up with films ahead of his time, both technically and screenplay wise. With Oththa Seruppu in 2019, he came up with a concept of a single-character film, where he was the only character in a full feature film. Now, this veteran director has come up with another brilliant concept, a non-linear single shot film, which is the first of its kind in Tamil Cinema.

Iravin Nizhal has already won 3 international awards and 2 nominations. Arthur A Wilson, the cinematographer has won Best Cinematography awards at the Cult Movies International film Festival and Oniros Film Awards – New York, while the film has won at the Medusa Film Festival. But, what is this film all about? What is a non-linear single shot film?

There have been films like Russian Ark, Rope, Victoria, etc. which are all single shot films. But, all of these films are linear single-shot films. Iravin Nizhal is touted to be the world’s first non-linear single shot film. Have you ever wondered the number of cuts that a film goes through before its final production? Well, a single shot film has only one cut, the whole film is taken in one single shot. The fact that it is non-linear means that the screenplay is not in a chronological sequence. So, the technicalities of the film are way too complex, but Parthiban has made it seem like it was carried out with ease.

Explaining the technicalities is difficult. Parthiban has made it easy for us, as he has the making of the film for the first 30 minutes. The audience is then given an intermission, and then the entire film goes at one stretch for 96 minutes. There is no intermission in between the actual film, as the single-shot idea of the film would then be lost. As there is no cut, the most challenging part of the film is transitioning from one shot or scene to another, especially considering that it is non-linear. Parthiban has mastered this aspect in the film and the film is just amusing.

Straightaway, this film deserves all awards for its technicalities itself. But, the technical novelty alone is not enough for a film to be liked by the Indian audience. The film revolves around the life of Nandhu (Parthiban). It is a very dark oration of all that he went through in his life, and what he has become because of that. The story is simple, and without complications. It connects the dots one by one, making us understand the character Nandhu.

The problem however is that the film is extremely dark. It is based on themes like child sexual abuse, murder, cheating, poverty, guilt and many such more. While the film tries to address these dark themes, it also casually has jokes on rape, and calls women as ‘item’ or ‘matter’. In addition, there is an excessive attack on Hinduism and a particular community, which could have been avoided. Yes, the movie’s darkness is key for the screenplay. But, how this darkness resonates with the audience is an important factor to be considered. 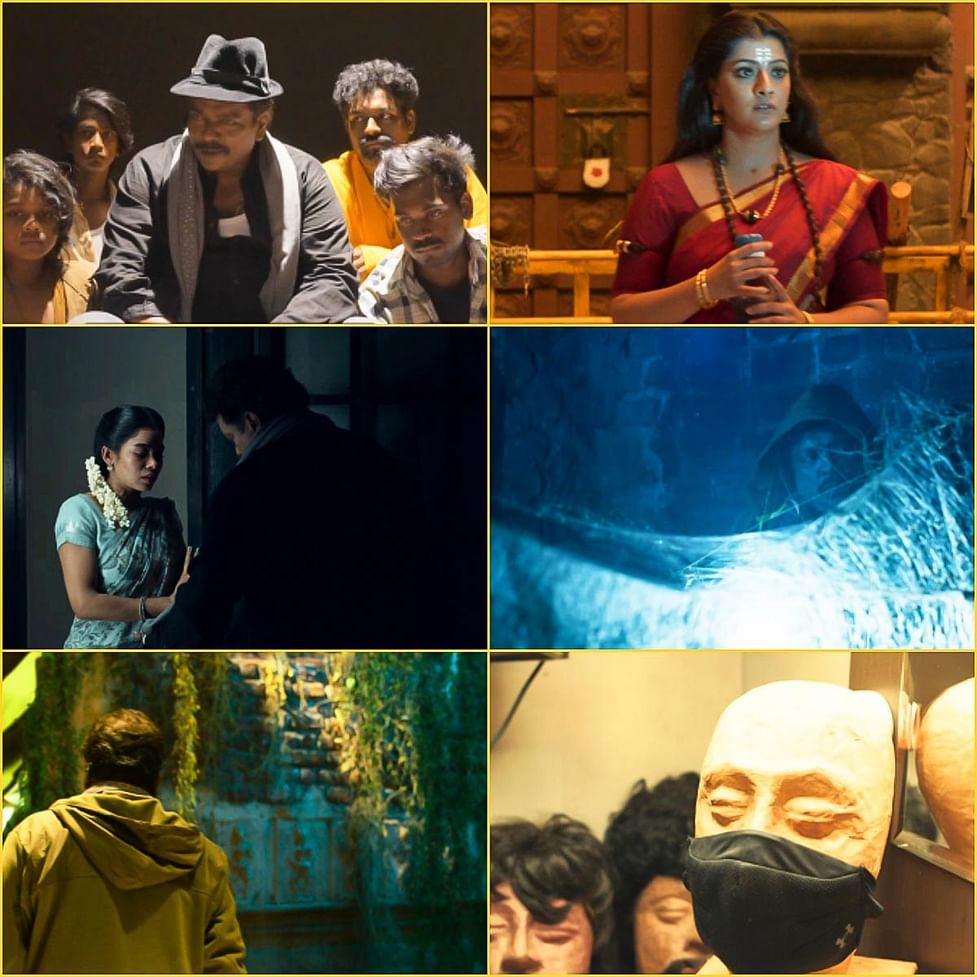 Costumes, sets and performance heavily carry this film on the shoulders. Except for Parthiban, Varalaxmi and Robo Shankar, every other actor in the film is a new face. But, they have all given their personal best, and have just lived as the characters in the film. In this film acting is not simple, as it took days and days of practice and rehearsal to perfect the single shot. It also took practice for the actors to change their costumes within seconds, as they had not much time to do the same. The effort put by the actors deserves separate appreciation.

AR Rahman’s role in the film is also salient. Music travels throughout the movie, and makes the transitions even more smooth. The movie deserves to win separate awards for Music, as at some scenes, the songs become the language of the film itself. The songs ‘Paapam Seiyathiru’ and ‘Maayava Thooyava’ are the classic melodies of Rahman, that we have missed for long. The song ‘Kaayam’ penned by Parthiban himself, essays the movie in short as an impactful song. The movie’s attempt to bring something new to the table, the Indian film industry rather, is way beyond commendable. The character arcs, the performances, the sets, the costumes, are all important elements. The Gimbal operator Akash is to be given a special mention because carrying out a single shot for 96 minutes is no joke. Hope the team’s efforts translate into a huge pride for the Indian film industry itself.

Verdict: The movie is a must-watch for what it offers as a non-linear single shot one!