The Hindu upanishads mention a very renowned character called Gargi. Daughter of Garga, she was also called Vachaknavi. Gargi is well known because of her scholarly debate with sage Yagnavalkya, who was one of the most renowned scholars in the Upanishads. She was the only woman who volunteered to question and have a debate with a scholar like Yagnavalkya, when most men hesitated. At the Upanishad time, this was considered a brave stint, and she became famous for her bravery and courage to be straightforward. Sai Pallavi’s fight as Gargi in Gautham Ramachandran’s Gargi is somewhat similar.

For the unversed, Gargi’s story revolves around Gargi (Sai Pallavi) and her family. She is a school teacher, from a not-well-to-do background. She has a school-going younger sister and a father who is a watchman. Her mother sells Dosa/Idli batter, because they require every penny they can get. So, when her father gets arrested for a crime, she questions the law and fights her best to prove him innocent. Does she succeed? This forms the rest of the movie.

Apart from Sai Pallavi, we have Kaali Venkat and RS Shivaji in predominant roles, while Aishwarya Lekshmi and Jayaprakash have done extended cameos. Sai Pallavi’s role is the headliner of the entire film, and it’s her fight and journey throughout. Interestingly, Aishwarya Lekshmi’s character is called ‘Ahalya’. Again, Ahalya is from Ramayana, a well-known woman who is considered one of the Panchakanyakas (5 Kanyas). 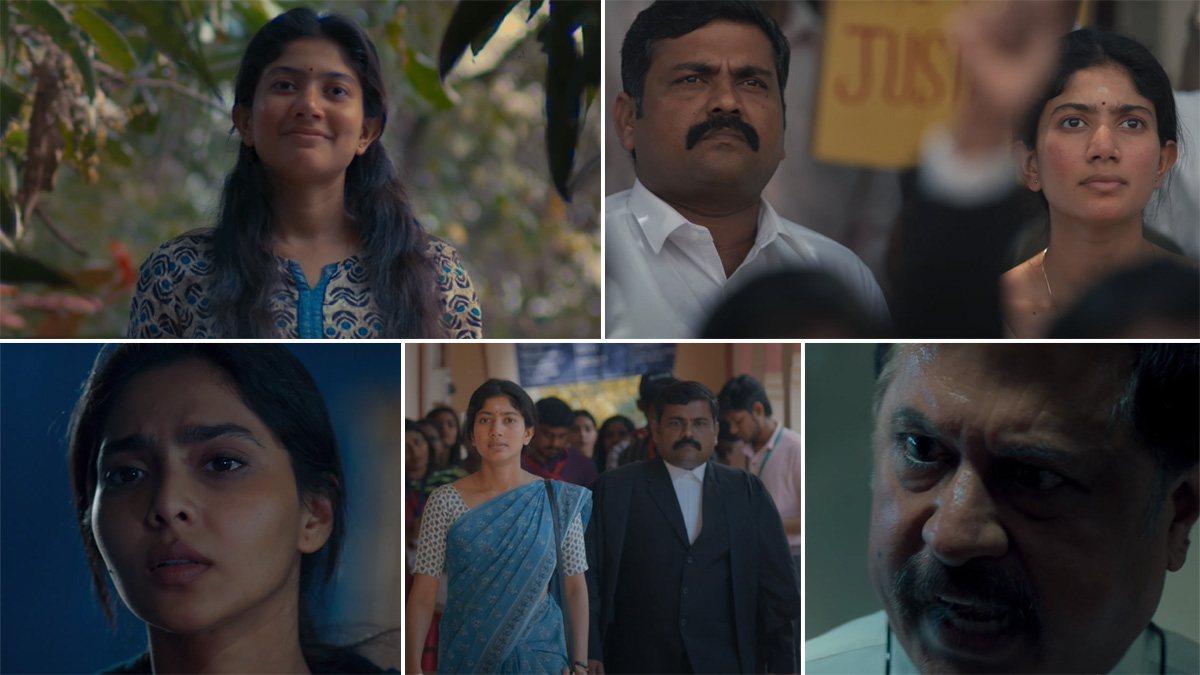 The movie deals with a very important subject, i.e., Child Sexual Abuse. The entire film revolves around this axis of child sexual abuse, with court-room scenes and detective unsolving. The film’s dialogue writing is extremely powerful. Considering that the film tries to establish a very essential message, the dialogues play a very important role. And along with the writing, dialogue delivery is also brilliant.

For example, an advocate insults a transgender judge for her identity. She replies by saying, “I know the arrogance of a man and the pain of a woman. And therefore, I am the perfect judge for this case.” Dialogues like these make the writing of the film extremely commendable.

The conflict in the film is established early on. As it is some kind of a whodunnit, the film could have moved faster, as it would have helped to keep the audience at the edge of their seats. Rather, the film moved pretty slow and was  slightly dramatic, and therefore some impatience develops in those watching.

Undoubtedly, Sai Pallavi carries the film on her shoulders with her brilliant performance. The film is women-centric, not only because it has a female lead, but also because it speaks about the struggles of being a woman/ girl and womanhood on the whole. Every single character, including RS Shivaji, Kavithalaya Krishnan and Kaali Venkat have done their best to fit into their character arcs. Most of all, a transgender woman plays the judge, and she has hit-the-nail-hard about the LGBTQ+ community on the whole.

Sai Pallavi’s costume design is also mention-worthy. As she doesn’t belong to a well-off background, she is seen adorning simple cotton sarees and salwar suits which suit every occasion and scene that she fits in. The simple costumes of Aishwarya Lekshmi as a journalist also speak volumes. The movie’s message is an important one. Gargi revolves around the message, “Everytime someone steps up and does the right thing, the world becomes a better place to live in.” This is true for Gargi, and this is true for the world outside as well. It is a film that should be watched by people of all age groups, irrespective of gender. It is a film that should be watched as a family, as it creates awareness about a range of issues. The film could have given a trigger-warning considering the sensitivity of the issue on hand. However, the way the matter was tackled, and the message was conveyed was efficient.

Verdict: Watch the film with your family for Sai Pallavi and the message it delivers!