Imagine you are a 10-year-old girl living in the 90s. It’s 6:30 PM and your working parent / guardian has just reached home after a long day of work. As you watch your 5-year-old brother scribble his colour book, you realise you’ve forgotten to buy an Europe outline map for school tomorrow. You frantically rush to your exhausted parent / guardian. After some strong glances and words, they allow you to go to the store but under the protection of your little brother. Now, not only do you have to go on a 200-metre twilight adventure to find your map but also escort your butter biscuit nibbling younger brother whom society is training to be your saviour. Ingrained in a patriarch’s lifestyle, male saviour complex can be seen from folklore to recent films.

What is male saviour complex?

A saviour complex, or white knight syndrome, describes the need to “save” people by fixing their problems. Think of what Will Smith did at the Oscars to save his wife. In films, a saviour complex is when a character feels good about themselves only when they are helping someone; they spend way too much energy fixing others according to what they think is their need instead of being an ally. Do almost all the movies that come to your mind now have a character like this? And is that character a male hero? Well, there you go. In male saviour films the male hero is always filled with a dire need to save people, especially women because he believes they need to be saved. Saviour complex arises from the belief that a marginalised powerless person needs to be saved by a dominant person—in this case, the powerful male needs to save a helpless female.

What started as white saviour films in the west, found its way to India as the Upper Caste saviour films. Nayagan (1987), Thevar Magan (1992), Yajaman (1993), Virumandi (2004), Article 15 (2019) are some of these stories portraying that marginalised people need gracious upper caste people to save them. The recent anti caste cinema wave spearheaded by Nagraj Manjule’s Fandry (2013), Pa Ranjith’s Attakathi (2012) to Sarpatta Parambarai (2021),  Neeraj Ghaywan’s Masaan (2015) & Mari Selvaraj’s Karnan (2021) amongst many carefully break the savarna gaze and tell stories from the inside. Let’s see why a similar disruption is necessary for male saviour films that deal with women’s trauma and lived experiences as mere plot devices. Atlee’s Bigil (2019), majorly inspired by Shah Rukh Khan’s Chak De! India (2007), like its inspiration, though marketed as a women-centric sports drama, focused on the redemption of a male football coach. Carrying the star value of Vijay, though it spoke for acid attack survivors & assault, it suffered from a heavy male saviour complex leaving no agency for the women. The film had conveniently fleshed out character arcs for Michael and his father Rayappan (dual role played by Vijay) leaving out the women of the football team, whom they said the story is about. Women’s individuality became a joke when the entire female football team walked out with the name Bigil on their jerseys.

Another great example is the holy trinity of Pink (2016) and its Tamil remake Nerkonda Paarvai (2019) followed by the Telugu version Vakeel Saab (2021). What began as a story about three women and their legal battle against sexual assault & consent—with each remake the focus swiftly turned towards the male (saviour) lawyer who fights goons and the law to rescue women. Even in the latest Etharkkum Thunindhavan (2022), which deals with sensitive topics like pornography & sexual assault, Kannabiran (the name, in Tamil, implies peacemaker & helper of the world; played by Suriya) becomes the spokesperson for women’s bodies. Though his heart is at a good place where he guides women to navigate assault it is impossible to miss that it only evokes sympathy towards women, not empathy. The camera is clear to focus on Kannabiran’s punches, the dialogues stress that without him the women of the entire village would not know what to know.

Speaking of men making decisions for female survivors, there’s a scene in Dear Comrade (2019) where Bobby (Vijay Devarakonda) learns the reason for Lilly’s (Rashmika Mandanna) distress and depression—a few years back, a BCCI selector has abused his position and sexually harassed Lilly. Immediately, Bobby, unwilling to know how she wants to seek justice or closure, drags Lilly to the police station forcing her to lodge a complaint against her abuser. When she repeatedly refuses to file a complaint, Bobby part ways with her. After a series of events, the film ends with Lilly saying that “every woman should have a Comrade (like Bobby) who supports their journey and instils courage in her to fight for her rights.” Sigh.

You might think, despite the flaws, male saviour films seemed to convey the ‘right’ message to the audience. So what is the problem here? 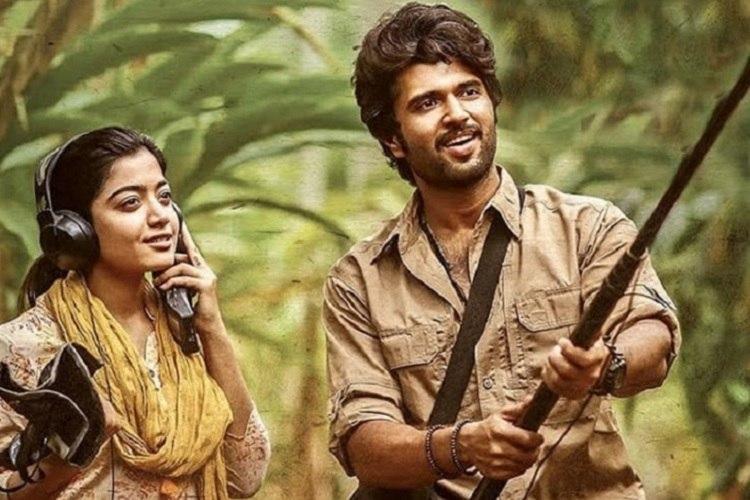 Male saviour films fail to humanise women. The characters and plots are structured in such a way that the audiences are unable to get into the shoes of the survivor/victim because the story doesn’t speed as much as it should on them but focus on the male saviour. Women’s lived experiences and trauma are treated as nothing more than plot devices that evoke sympathy. For example, let’s consider the endings of Karnan (2021)—a film with a dalit narraitve and Etharkkum Thunindhavan (2022)—male saviour narrative. In Karnan, after all the mayhem, a decade after prison life, the film shows us that Karnan can still come back to his land and can happily dance through his life. While in Etharkkum Thunindhavan, though it constantly talks about pen pugazh thiruvizha, a festival to celebrate the women of the two villages, the film’s ending focus on the sacrifices of the male saviour when it could have had an extended happy ending showing the wonderful women at the festival that celebrates them.

There are better examples of how when female protagonists take the centre stage representing the issues of women they organically evoke empathy—like Ponmagal Vandhal (2020) speaking about child abuse, Thappad (2020) about domestic abuse, Uyare (2019) & Chhapaak (2020) about acid attack survivors, Game Over (2019) about the trauma of sexual assault, How Old Are You (2014) & Tumhari Sulu (2017) portraying the lives of middle-aged women. Male saviour films are not just harmful to women but also to men. The hypermasculine saviour narrative normalises that men are here to save and not seek help. Pop culture shows no alternative for men to react than to hide in shame when they are anxious or fearful. This narrative constantly dehumanises men by reinforcing that a man can either be a saviour or a coward—there is no in between. To normalise empathy towards women, men should be allies and not saviours.