Is the Karthi starrer in trouble?

Produced by Brother Suriya, Karthi’s next Kadai Kutty Singam seems to be shaping well. Priya Bhavani Shankar, Sayyeshaa and Arthana Binu are the females leads in the movie and it is directed by Pandiraj. The film is now in deep waters for recording a scene with a Rekla-Race allegedly without the permission from Animal Welfare Board of India. The makers of the film is said to have approached AWBI to film the scene but were refused approval to do so yet they had gone ahead to shoot the same. AWBI has now issued a notice against the makers asking for an explanation regarding the same. More updates to come in soon. 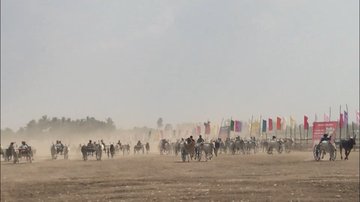