An untouched subject, but an underwhelming film!

Tamil movies seldom deal with sensual topics. Now, with OTT platforms and lack of censorship, directors have started exploring topics surrounding sexuality. But, it is even rare for a Tamil film to speak about female sexual pleasures or desires. Achcham Madam Naanam Payirppu stands out only for that.

In short, the movie is a battle between doing the right thing (the norm) and doing what your heart desires. Akshara Haasan plays the lead in this coming-of-age story of a so-called ‘Good Tamil Girl’ and her sexual desires. Does she end up following her heart’s way?

With an almost all women ensemble cast, the movie starts slow in an attempt to set a pattern. The problem is that we expect the movie to speed up eventually, but the movie further slows down and becomes repetitive after a point. While the topic handled is something unhandled before, the audience are very capable of getting bored as the movie feels like it is going nowhere.

Generally, for a movie to work, a conflict needs to be set in place, so that the movie moves forward. With this film, the conflict is not at all set with clarity, till the very end of the film. It feels like a 1 hour rant about how sexual desires, especially of women, are not normalised. The movie might have worked for a short film. For a full length film, the director could have gone for a better working screenplay.

Ofcourse, the actors performed well and that helped carry the movie forward. Both Shalini Vijaykumar and Anjana Jayaprakash played their roles very well, acting as the two sides of Pavithra’s thought. Usha Uthup and Malgudi Subha perfected their parts as the typical orthodox ladies of the upper class household. Akshara Haasan led the show, and was good as the lead of the film. Prior to this movie, she has only done minor or small parts in various Kollywood and Bollywood movies. So in terms of importance for Heroine the movie performed very well. 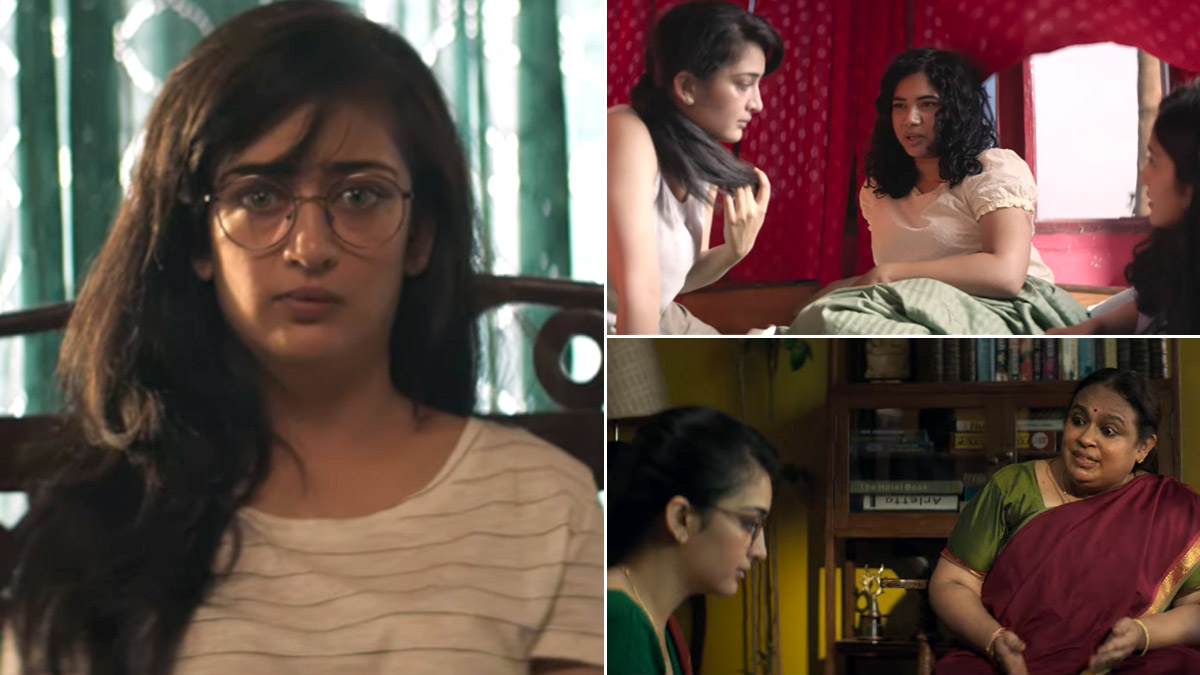 The one other thing that makes the movie watchable is its comedy. While the whole movie doesn’t exactly tickle your funny bone, some parts help you move forward. In addition, it doesn’t aim at advising the audience to normalise indulging in a sexual relationship before marriage. But, at the same time, it lets the audience make the decision for themselves.

It indirectly tackles stalking, and in a funny manner, spreads a message against it. It also speaks about the taboo surrounding one’s own sexuality and sexual pleasures, and how that still exists in a modern world like now.

On the whole, the movie was set at addressing the right kind of message. But, it failed mostly on delivery. As a short feature film on female sexual desires, the movie could have done much better than it already has.

Verdict: Watch it only if you want to know how the concept of sexual desire is dealt with in the movie!