If you are a diehard fan of romance and all things love, then it’s possible that you would’ve watched these breezy (and some heartwrenching) Kollywood films. Romance is a popular genre that filmmakers have tried to represent for decades now, and these films, albeit with not-so-spectacular stories, still manage to bowl us over for the way the love is depicted. So tag your significant other along and enjoy these cute films that are still refreshing decades later! 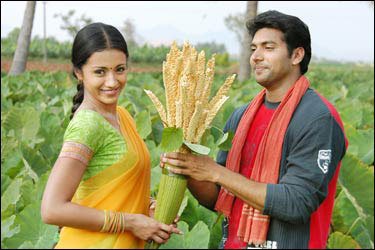 A rom-com about how a rich boy and a village girl fall in love and the hardships they face. Trisha plays this innocent but strong woman who falls in love with Santhosh (Jayam Ravi). The evident status divide between them gets in the way and becomes the crux of the story. But this film goes on to show how far two lovers can go to give their love a chance. In the end, they get married and what a warm love story it is! 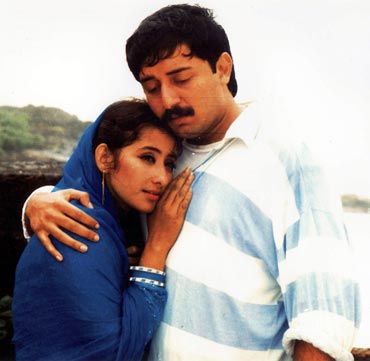 This Mani Ratnam is a classic that eventually led to Arvind Swami being regarded as Kollywood cinema’s heartthrob. Their love story is set in the backdrop of religious riots that threaten to tear apart the country. It’s heartwrenching when their love is threatened and how they make it work. The film was a perfect example of how love goes beyond titles and religion, and how eventually, it’s about the person you want to be with and the biases that you let go of. A multi-starrer that gave us beautiful romantic songs and cute couple goals! Aishwarya Rai and Tabu stole the show with their measured performances and the actors gave us reasons to fall in love with them. Abbas and Ajith were such adorable chocolate boy heroes and Mammootty was the suave one with so much class. The film can be watched again and again and reinforces the belief that all’s well that end’s well. 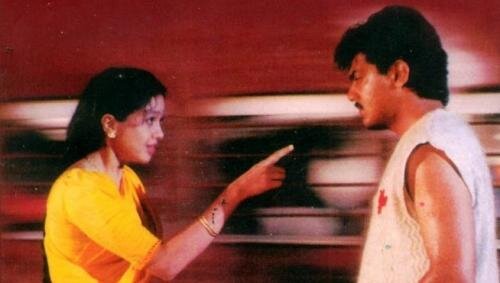 A National Award winning film, this Ajith and Devayani starrer has a super cute setting about two pen pals who fall in love and finally meet. A run of coincidences happen that they end up with each other, and how! A charming storyline and an equally charming onscreen couple. This film delves into the topic that love is more than just a feeling. A connection between two soulmates are made and just when things are all perfect, it all comes crashing down. Memory loss is a premise here and how the two lovers overcome it all despite this. This film explores that love needs effort and if you find the one person you want to spend the rest of your life with, then you’d do anything to make it work. Jayam Ravi and Bhavana star in this film. Ever had moments when your big brothers were so protective of you? In this film, Shalini’s three strict brothers are so protective that it threatens her relationship with Vijay. But, as always, these two college lovers end up together because love always triumphs! Kadhambari is a deaf girl who’s on the lookout for her father. Pandi is a young man who really wants to be a don. The two meet in a matter of happenstance and something brews between them. While love blossoms, the priority is always her father and revenge. It’s a fun film with fun music, so watch it if you are looking for a breezy chilled out movie. School romances are the cutest. Here, Varun and Nithya’s love story began in school. They faced difficulties and tons of heartbreak. But they overcome it. Their cute dates in CCD and songs pining for each other, it’s impossible to not go ‘awwww’ while watching the ending! He’s a rogue, she’s a strong-willed woman with a mind of her own. She has no qualms in expressing her love for him. He aches for her when separated. And yet, the ending couldn’t have been more fulfilling. The movie explores the pains of waiting. It’s tough, it tests you, but it’s the love that keeps you going. Dhanush and Parvathy are fantastic in the film too!