6 Actresses Who Are Not Just Actresses!

Their talents go beyond acting!

It’s not everyday you wake up in the morning with the aim of becoming an actor. There’s always something more in store for us. These actresses weren’t exactly sure they’d be doing what they are doing now. From wanting to become a doctor, a lawyer, to having talents that go beyond their acting skills. This list features Kollywood’s brightest stars who can do other things, too, like a total boss lady! If you are on social media, then you probably know that Trisha Krishnan is quite an animal lover. From posting updates about her dogs to rallying for adoption, she totally walks the talk. Her close association with adoptathons and animal-related events come as no surprise, with her making frequent appearances at animal shelters around. She was also recently appointed by the UNICEF with celebrity advocate status, with her talking about pressing issues such as anaemia, early marriage, labour and child abuse. Being the daughter of a producer and an actress, Keerthy actually had different plans profession-wise. While she did star in a film as a child artist, the actress ended up studying Fashion Designing and was more inclined towards it. However, a debut in the Malayalam film Geethanjali prompter her to think otherwise and here she is, becoming one of Kollywood’s top actress by the age of 25! She is also said to be a gifted artist, often trying her hand with paints. Aditi Rao Hydari made her Tamil debut in Mani Ratnam’s film Kaatru Veliyidai and has since been rising and rising. She’s gone on to star in bigger films including playing a crucial role in Sanjay Leela Bhansali’s Padmaavat. While she has starred in Bollywood, Kollywood, and now Tollywood films, Aditi began as a dancer having learnt it from danseuse Leela Samson. Apart from dancing, she’s also a fabulous singer! Sai Pallavi is steadily rising as an actress in the industry, having made it big for her performance in the Malayalam film Premam. She has since starred in Telugu films and recently made her Tamil debut in Diya. She had said in the past that she has always wanted to be a dancer like her mother, which prompted her to participate in the dance reality show Ungalil Yaar Adutha Prabhu Deva on Vijay TV in 2008, and appeared on Dhee Ultimate Dance Show (D4) on ETV Telugu in 2009. She is also a doctor, having completed her medical degree in 2016 from the Tbilisi State Medical University, Georgia. While most might remember her as Celine from Premam, Madonna’s plans were never really to act in the first place. Since her childhood, Madonna has had a passion for singing. She’s trained in carnatic and western music and has sung on several occasions including Music Mojo of Kappa TV and numerous popular Malayalam music directors and singers. 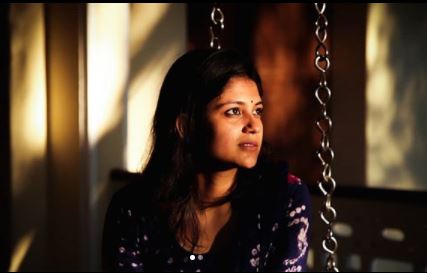 She got the opportunity to play an uncredited role in the film, Yennai Arindhaal in 2015 before playing the lead actress for the 2017 film, Aruvi. While she was brilliant in her lead debut, Aditi is yet to sign a project as she is also a lawyer by profession. She also used to be a football player, having captained her college team too.