Ever since the lockdown began, OTT platforms have become famous and have made it easier for binge-watchers to watch movies and shows from home. On the other hand, various platforms are also releasing a variety of movies and series in their respective platforms. Here are 10 movies and Series that were released on OTT in September! 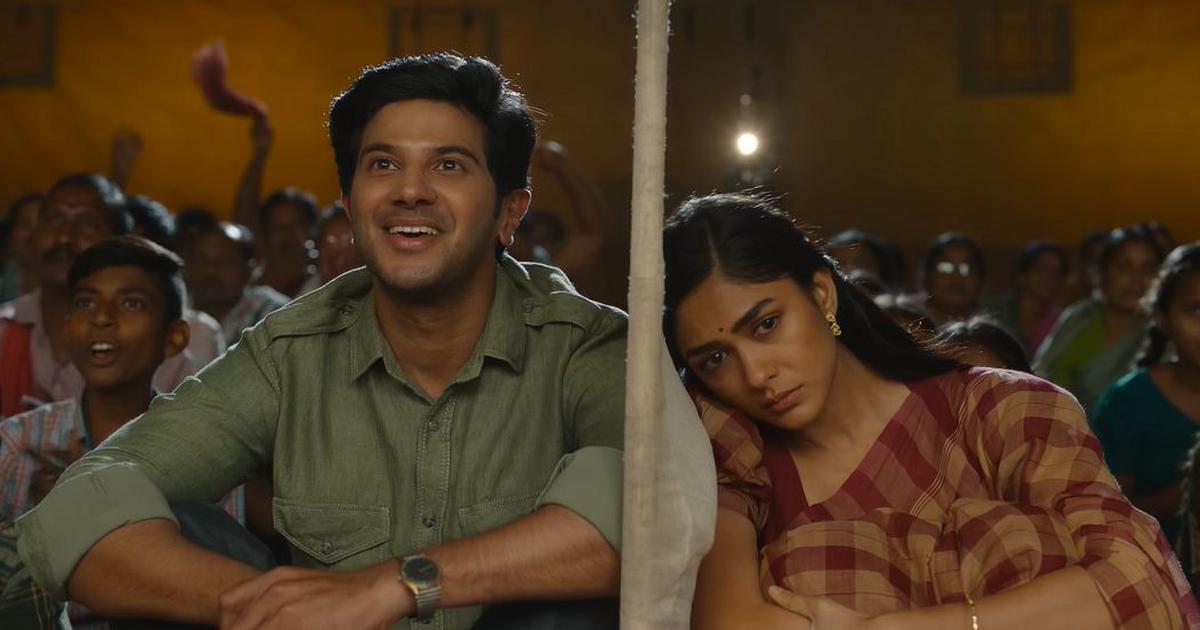 Starring Mrunal Thakur, Dulquer Salmaan and Rashmika Mandanna in lead roles, Sita Ramam directed by Hanu Raghavapudi is a period romantic drama film, originally made in Telugu. It was also dubbed in Tamil, Malayalam and Kannada and was released in all these versions on the original release date. It was dubbed in Hindi and was re-released after its success. The story revolves around an orphaned soldier whose’s life changes after he receives a letter from a girl named Sita. He meets her and love blossoms between them. When he returns to her camp in Kashmir, he sends a letter to Sita that will not reach her. The movie was a blockbuster hit and did extremely well in theatres. It was recently released on OTT and is considered a must-watch by most critics. Directed by Mithran R Jawahar, Thiruchitrambalam starring Dhanush, Nithya Menen, Bharathiraja and Prakash Raj in lead roles, is a Tamil romantic-comedy-drama film. The movie also starred Raashi Khanna and Priya Bhavani Shankar in supporting roles. The story is about a delivery driver who navigates life while living with his strict policeman father and sassy grandfather. Meanwhile, he’s caught between two women. How he finds his true love with the help of his best friend forms the rest of the story. Many considered that the ending of the film was cliche, and therefore predictable. However, no critic doubted the entertainment quotient of the film, as it really made the audience laugh throughout.

Where to watch: Sun Nxt

Starring Aparna Balamurali and Neeraj Madhav in prominent roles, Sundari Gardens is a romantic slice-of-life film directed by Charlie Davis. The film’s story is about Suma, a bold, quirky and geeky school librarian who lives with her mother. Suma meets Victor, the school’s new English teacher, and as time passes, they get to know each other. How she navigates through her life and makes decisions independently, forms the rest of the story. The movie is not a very unique or new one, but the story will truly leave the audience with a wholehearted feeling. 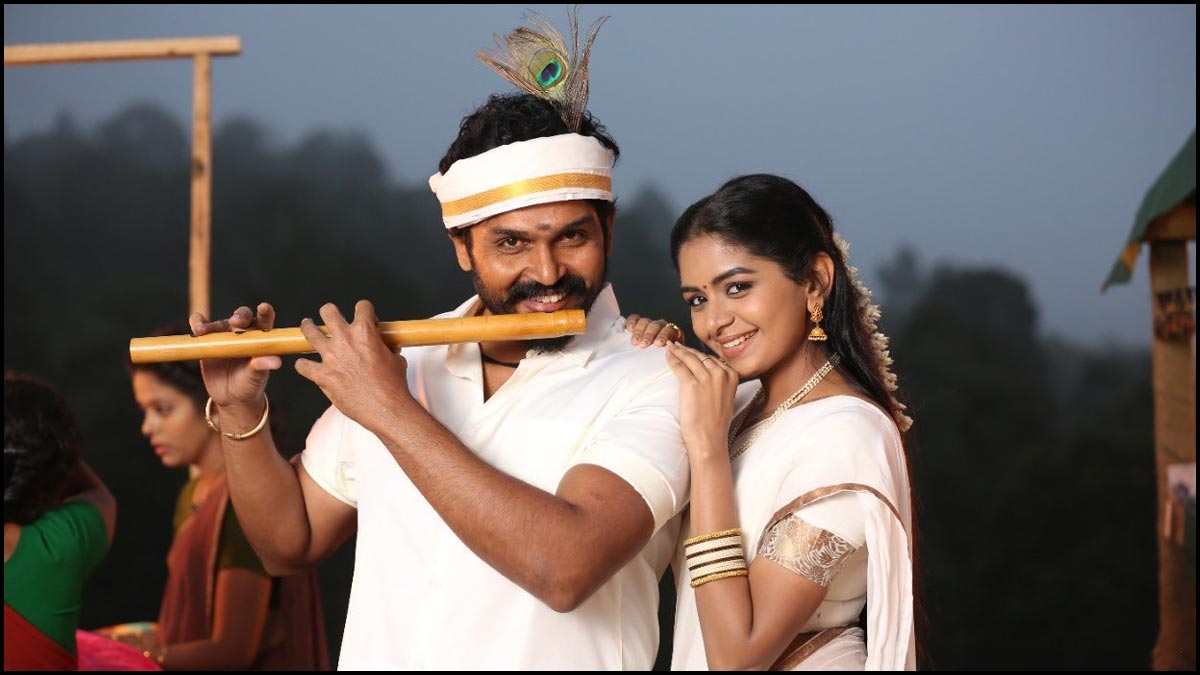 Directed by Muthiah, Viruman is a Tamil family masala film starring Karthi, Aditi Shankar, Prakash Raj and Rajkiran in lead roles. The movie also stars Soori, Manoj Bharathiraja, Saranya Ponvannan, Singam Puli, and Ilavarasu in supporting roles. The movie revolves around an intrepid and good-hearted son who fights to make his arrogant father pay the price for his sins, which includes his mother’s death and saving his brothers from the man’s grip. The movie introduced Aditi Shankar, daughter of Director Shankar as a debutante. The film received mixed reviews as it was an entertainer but the story had nothing new. 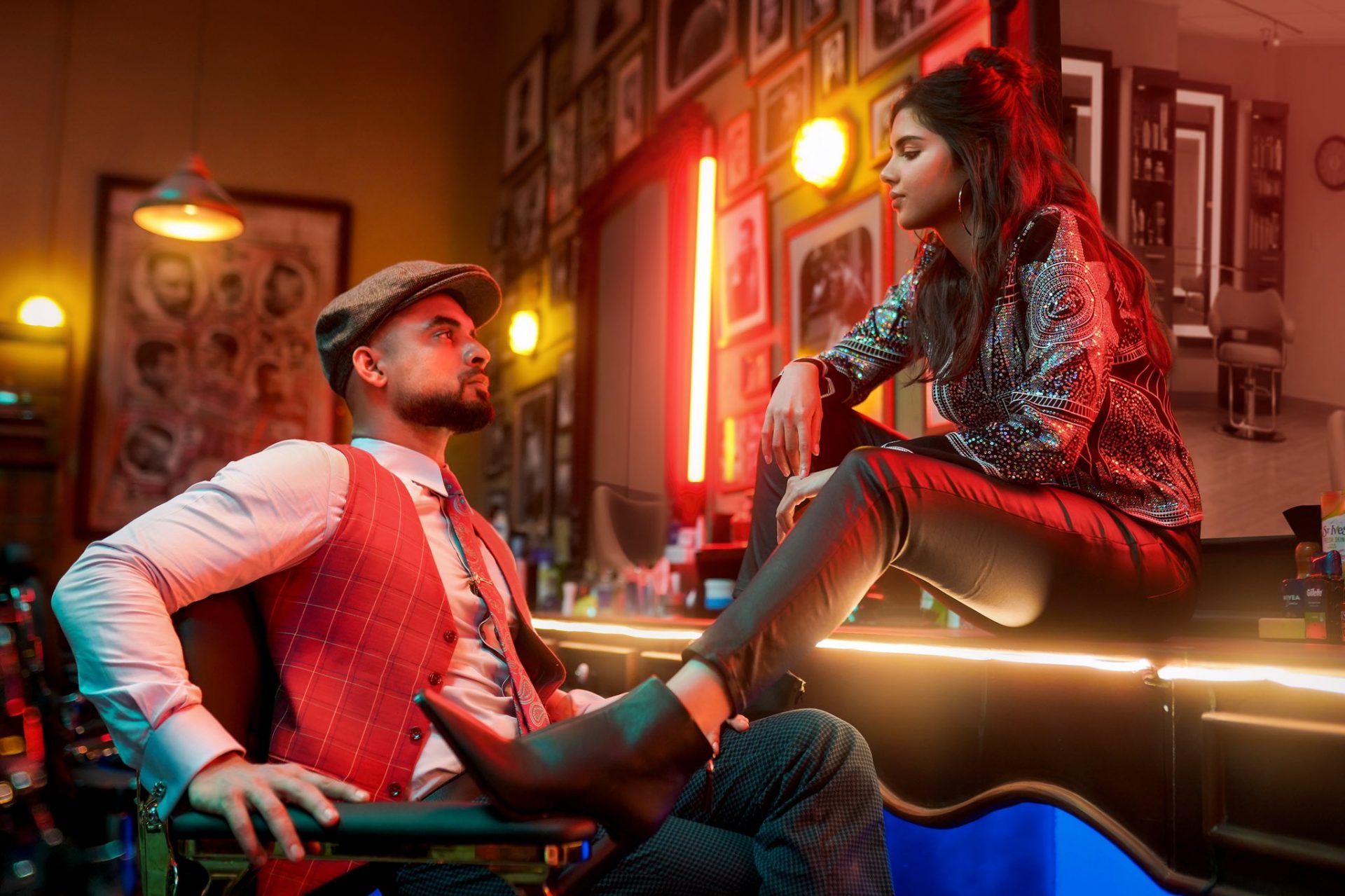 Starring Tovino Thomas and Kalyani Priyadarshan, Thallumaala is a Malayalam action film directed by Khalid Rahman. The movie also stars Shine Tom Chacko, Chemban Vinod Jose, and many other actors in supporting roles. The film’s story is about a young, carefree man who’s drawn into fights and falls in love with a star vlogger, where the impact of his fists could have disastrous effects on his blossoming relationship. The film was a financial success and turned out to be the highest-grossing Tovino Thomas film yet. The movie was critiqued to be a brilliant entertainer with a different outlook on filmmaking. 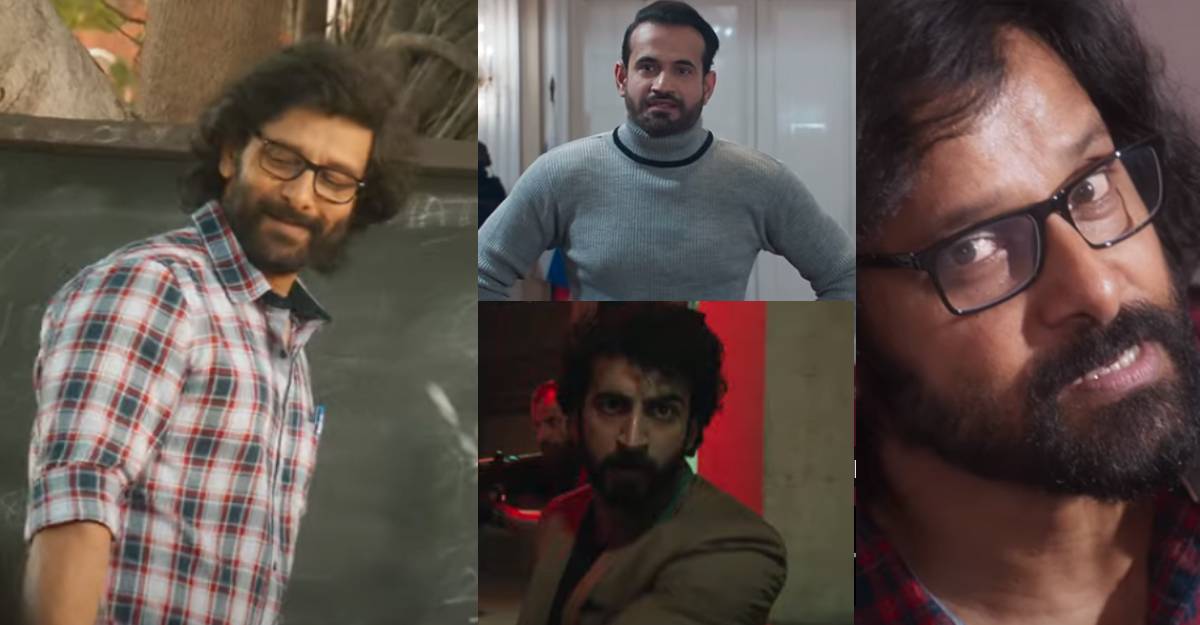 Directed by Ajay Gnanamuthu of Imaikaa Nodigal fame, Cobra is a Tamil psychological action-thriller starring Vikram, Srinidhi Shetty, Mirnalini Ravi, Roshan Matthew and Irfan Pathan in important roles. The movie revolves around a Mathematician genius Mathi who has another identity Cobra who commits intelligent crimes using Maths. How Interpol Officer Aslan (Irfan Pathan) finds that Mathi is behind these murders, forms the rest of the story. The movie received mixed reviews as it was originally released with a runtime of 3 hours and 3 minutes. As the movie was long and confusing, it was originally considered a failure. Then the makers cut the film by 20 minutes, and then the movie received a better review. On the whole, it is a decent thriller entertainer. 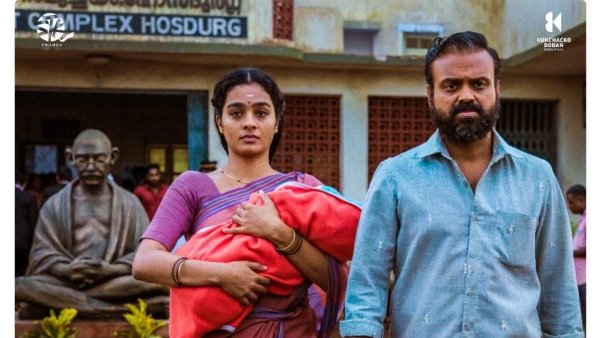 Starring Kunchacko Boban and Gayathrie in lead roles, Nna, Thaan Case Kodu is a Malayalam Comedy Crime Drama directed by Ratheesh Balakrishna Poduval. The movie is about a reformed thief’s fight for justice when an innocent act to defend himself places him at loggerheads with the high and mighty of society. Being a courtroom Drama, the movie was considered to be both humourous and entertaining at the same time. 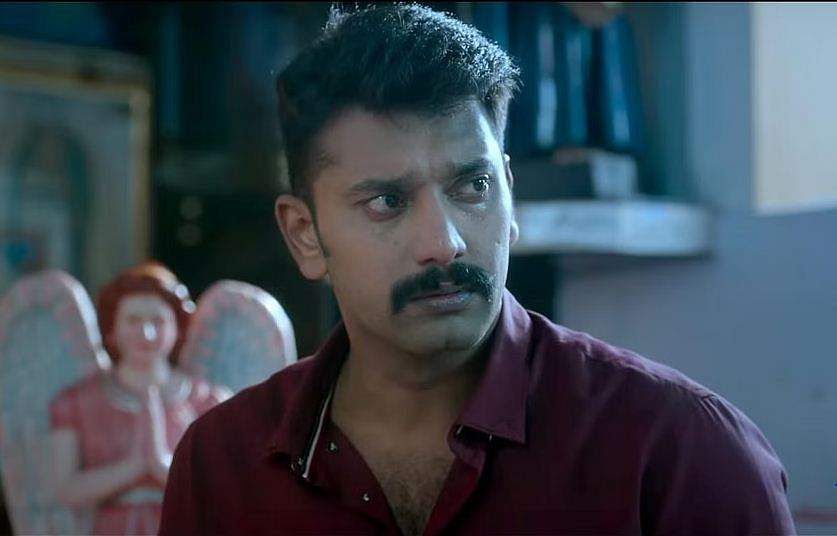 Starring Arulnithi and Pavithra Marimuthu, Diary is a Tamil action thriller directed by Innasi Pandiyan. The movie revolved around a sub-inspector trainee who sets out on a journey to track an unsolved, 16-year-old case. But little does he know that fate and destiny will put him on an exhilarating ride. While Arulnithi just did Dejavu, which was also an action thriller, this film also received good reviews, as it was entertaining and thrilling to watch. Jamtara – Sabka Number Ayega is an Indian crime drama web television series created & directed by Soumendra Padhi and written by Trishant Srivastava. The story revolves around the social engineering operations in the Jamtara district of Jharkhand. The series stars Amit Sial, Dibyendu Bhattacharya, and Aksha Pardasany in lead roles. The story revolves around a bunch of small-town young guns who operate a successful phishing racket, but then they come across a corrupt politician who wants a share of their business. Finally, there’s a newly appointed Police superintendent who wants to fight against them all. The first season of the series did extremely well. Now, the second season has been released and the sequel is also faring well amongst audiences. 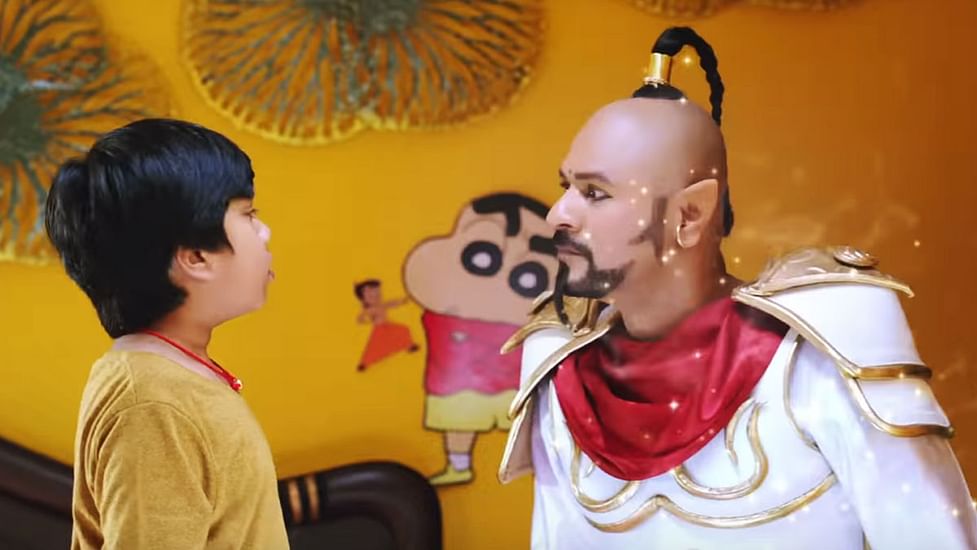 Starring Prabhu Deva, Ashwanth Ashokkumar and Remya Nambeesan in prominent roles, My Dear Bootham is a Tamil children’s fantasy comedy-drama film directed by N Ragavan.  The story revolves around a young boy who is puzzled upon encountering a genie who has descended to help him. He gradually befriends the spirit and cherishes his company. The movie was made only for children and may not be enjoyable for adults. However, it is a solid entertainer for children and is also a good family watch.