TRENDING: Sonia Agarwal To Get Married? The Actress Clarifies!

Our most favourite Divya!

In the year 2003, two actors were introduced by Selvaraghavan to the film industry. The director’s Kadhal Konden introduced both Dhanush and Sonia Agarwal who attained great fame after the film’s release. Sonia Agarwal then did 7G Rainbow Colony and many other films. She had a successful career from 2003 to 2011. after which her projects were reduced.

In 2006, the actress and director Selvaraghavan tied the knot. However, due to personal differences, the couple parted ways in 2010. She quit her film career for a short period during her time with the Director and returned to the big screens after her divorce from him. However, she has not been doing many films since 2011. 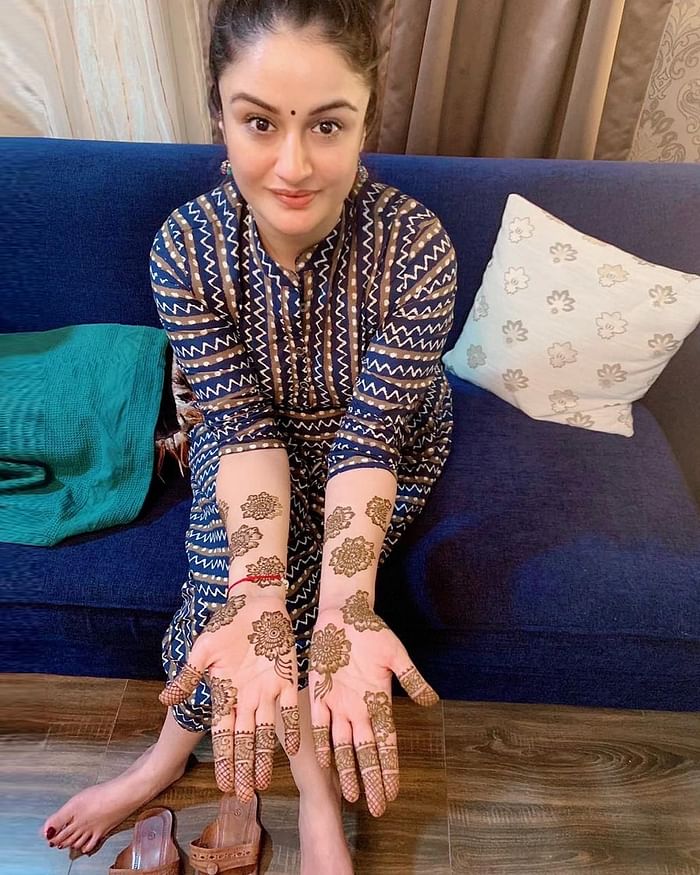 The actress keeps sharing updates through her social media from time to time. Recently she shared a photo of herself with Mehendi in her hands. One of her fans asked, “Are you getting married?” On that, she replied, “hahaha why ?? Only u can get married huh” and she added, “My wedding Mehndi won’t be this little.” Ever since her divorce, there have been no reports of the actress being in a relationship. However, Selvaraghavan tied the knot to Gitanjali and now has two children.

On the work front, the actress was last seen in a Tamil film called Ward 126. She is meanwhile filming for Bagheera, Kadhalai Thediya Nithya Nandha, and Sshhh, all in Tamil. She has worked in a total of 35 plus films in Kannada, Tamil, Telugu, and Malayalam languages.