These Pictures Of Ajith’s Daughter Anoushka Is Giving Us Some Mixed Emotions!

The adorable daughter of Ajith Kumar, Anoushka Ajith has become quite popular in the recent days. A few months ago she became the talk of the town when pictures of her dance performance started doing the rounds. The 9-year-old child seems as multi-talented as her father. Anoushka has been receiving comments like “Wow So Pretty” and “Cuteness Overload” for her pictures. The hashtag #AnoushkaAjith was also trending on the sixth position on social media.

However, the mixed emotions are that the gorgeous young lady is not just super gorgeous but also her graceful aging is making us feel old. Do you remember when the star and his wife Shalini announced the birth of their first child? She is already a 9-year-old girl and one who knows to groom well.

Have a look at these recent pictures of her: 2. The unbreakable aunt-niece bond where both look breathtaking 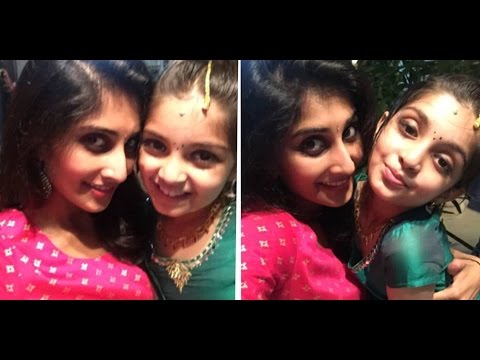 3. When there is too much of cuteness in one picture