See Pictures: This Is Where Actress Namitha Is Getting Married!

Namitha has always been a devotee of Lord Krishna!

Their invitation card is out and looks like it that they are getting married in Tirupati. As seen in the reality show, Namitha has always expressed her devotion to Lord Krishna and hence, is actually getting married at ISKCON Tirupati.

The wedding will be at ISKCON, Tirupati on 24th November at 5.30 A.M. Check the wedding card below: 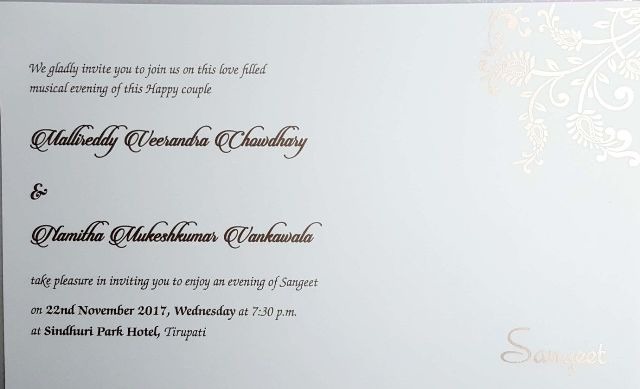 Veer has been her best friend for years and while most thought that she was single, the actress surprised everybody with a video which talked about their marriage date. Namitha’s friend and Bigg Boss contestant Raiza was also a part of this video.

Veer is a supermodel, an aspiring actor and is a fitness enthusiast. They make a lovely couple.