Theni Forest fire has reached an alarming death toll of 9 people! A couple who had gotten married 4 months back had come on a pleasure trekking trip to Kurangani forest in Theni district when the fire occurred. Husband Vivek immediately passed away and Divya is in critical condition at Government Rajaji Hospital in Madurai. The two had known each other from childhood and were planning to settle in Dubai. 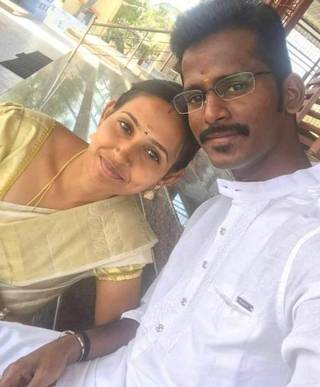 A fatal and massive fire erupted in the Kurangani forest of Theni district late on Sunday with the area being covered in tall lemongrass. 39 people who were part of a Women’s Day trek, consisting of mostly women, some men and children were part of the trek, and they were coming down the slopes from Bodinayyakanur when they got trapped in the forest fire in the Kurangani area. According to reports and updates, this 7 are dead, 17 have been hospitalized and another 10 in shock. More than 25 people are part of the rescue operation. Indian Air Force went on to share this video on Twitter to show the density of the forest:

The challenging terrain on the Western Ghats from where the Air Force #MI17 #helicopters rescued #trekkers who were caught in a #forestfire near #Kurangani #Theni district Sunday @the_hindu Visual: MoD/IAF pic.twitter.com/ppFRXOMD8F

The rescue operation is being headed by Defence Minister Nirmala Sitharaman. Chief Minister Edappadi K. Palaniswami said the State government had taken all steps on a war footing to rescue those trapped in the forest fire at Kurangani hills in Theni.