Kangana Ranaut, who started her acting career with a Bollywood film in 2006, debuted in Tamil in Dhaam Dhoom in 2008. While she has been performing in a number of Hindi films ever since, she came back to the Tamil film industry only in 2021, when she played the role of ex-Chief Minister J Jayalalithaa in AL Vijay’s Thalaivii. Now, she is a part of yet another Tamil film. This time it is P Vasu Chandramukhi. Chandramukhi 2 is the sequel to the 2005 film starring Rajinikanth, Jyotika, and many others.

While Raghava Lawrence is playing the lead in the film, Kangana Ranaut is also playing an important part. She is expectedly to perform the role of a dancer in the King’s court who is known for her beauty and grace. Yesterday, she shared a photo on her Instagram story and announced that she has officially begun filming for the film. Reports suggest that Actor Vadivelu and Actress Anushka Shetty are also playing important roles in the film. However, the cast and crew details of the film have not yet been fully revealed. The film is being bankrolled by Lyca Productions. 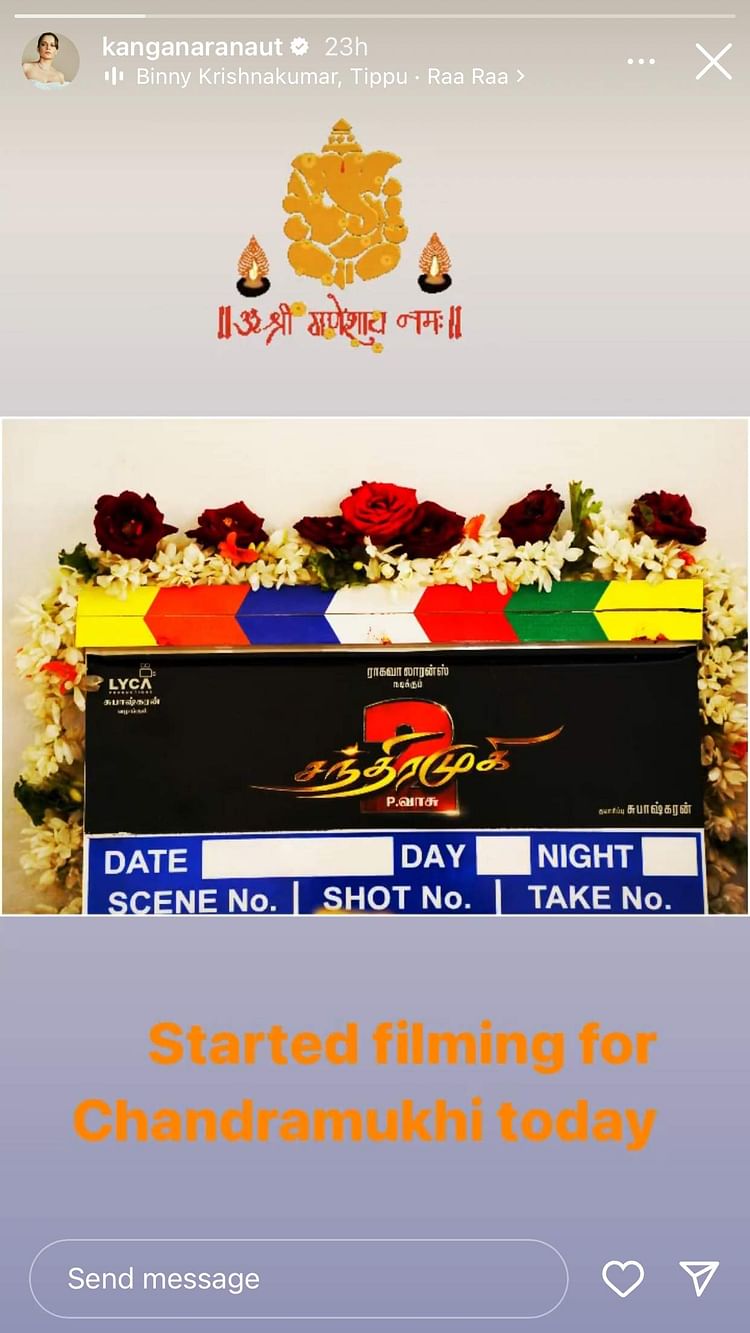 On the work front, Kangana was last seen in the Hindi film Dhaakad co-starring Arjun Rampal. She has completed filming for Tejas and Teku Weds Sheru. She is also the Producer of the latter film. Meanwhile, she is directing and Producing the film Emergency, in which she is to essay the role of late Prime Minister Indira Gandhi. As the title suggests, the movie is expected to be about the Emergency period in India. She is also filming for Sita: The Incarnation, in which she is to play the role of Sita, along with an untitled biopic directed by Pradeep Sarkar.