A sneak-peek of his fun on the sets of Vikram!

Kamal Hassan is a much-celebrated name of the south and the Ulaganayagan is all set to celebrate his 67th birthday this November 7. But his celebrations have gotten a headstart with the crew of Vikram.

Filmmaker Lokesh Kanagaraj, Fahadh Faasil, and others hosted a surprise birthday party for him on the sets of his next big film. The star can be seen cutting a cake with the first look of his movie on it. The star also shared the pictures on social media and all the fans lit up with joy. Kamal, Lokesh, co-writer Rathna Kumar, Fahadh Faasil, Gayathrie Shankar, dance master Sandy and cinematographer Girish Gangadharan were among others, seen in all smiles in the photos. 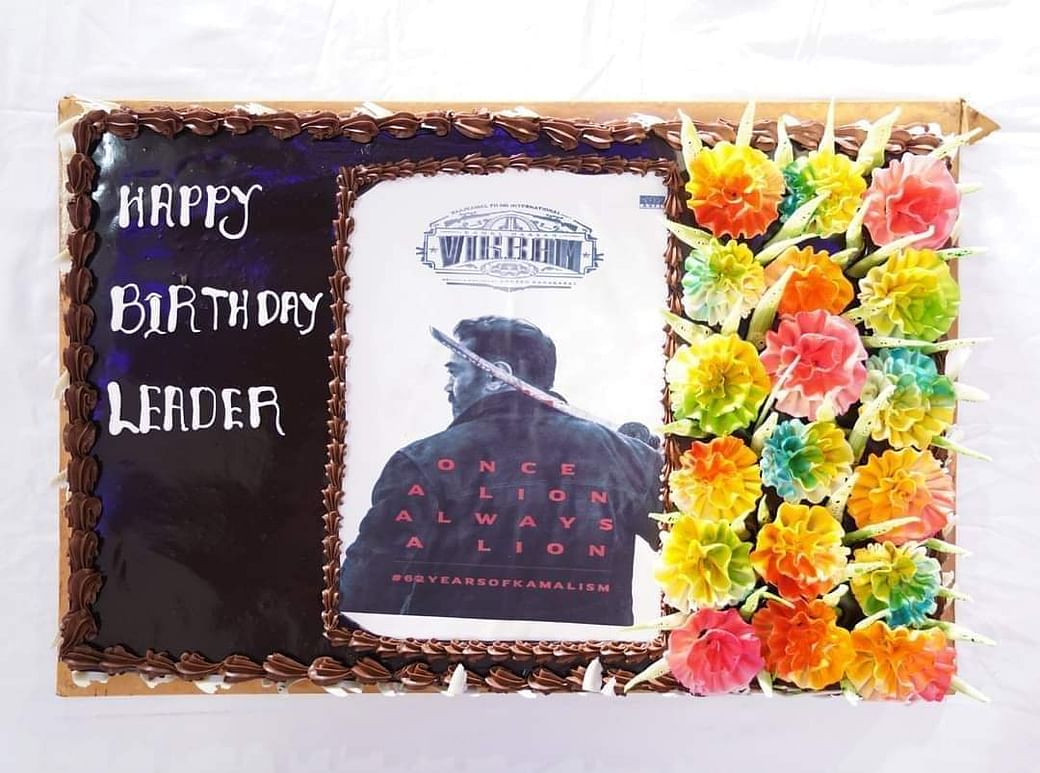 Produced by Kamal Haasan under the banner of Raaj Kamal Films International, the music for Vikram has been composed by Anirudh Ravichander while action choreography is by AnbAriv. Cinematography is by Girish Gangadharan, editor Philomin Raj and stunt choreographers Anbu and Arivu. Vikram will mark Haasan’s 232nd film.

This is the star’s 232nd film and its teaser and title were released on his 66th birthday last year. He’s also active in hosting Bigg Boss Tamil 5 and is also part of Indian 2 which is a political thriller sequel to Indian, directed by Shankar alongside Siddharth, Kajal Aggarwal, Rakul Preet Singh, Priya Bhavani Shankar, and others.