Pooja Hegde started her film career with the Tamil film Mugamoodi directed by Mysskin. After Mugamoodi in 2012, she entirely shifted to the Telugu film industry as she continued doing films for 10 years. She came back to the Tamil industry with Nelson Dilipkumar and Vijay’s Beast. She became a sensation in Kollywood after the release of Arabic Kuthu. The latest update about the actress is that she has injured her leg.

She took to her Instagram account to share a photo of her injured leg, writing, ” “Ohkayyy then Ligament tear.” Well, now the star will be on rest. She had a bandage around her foot in the photo. 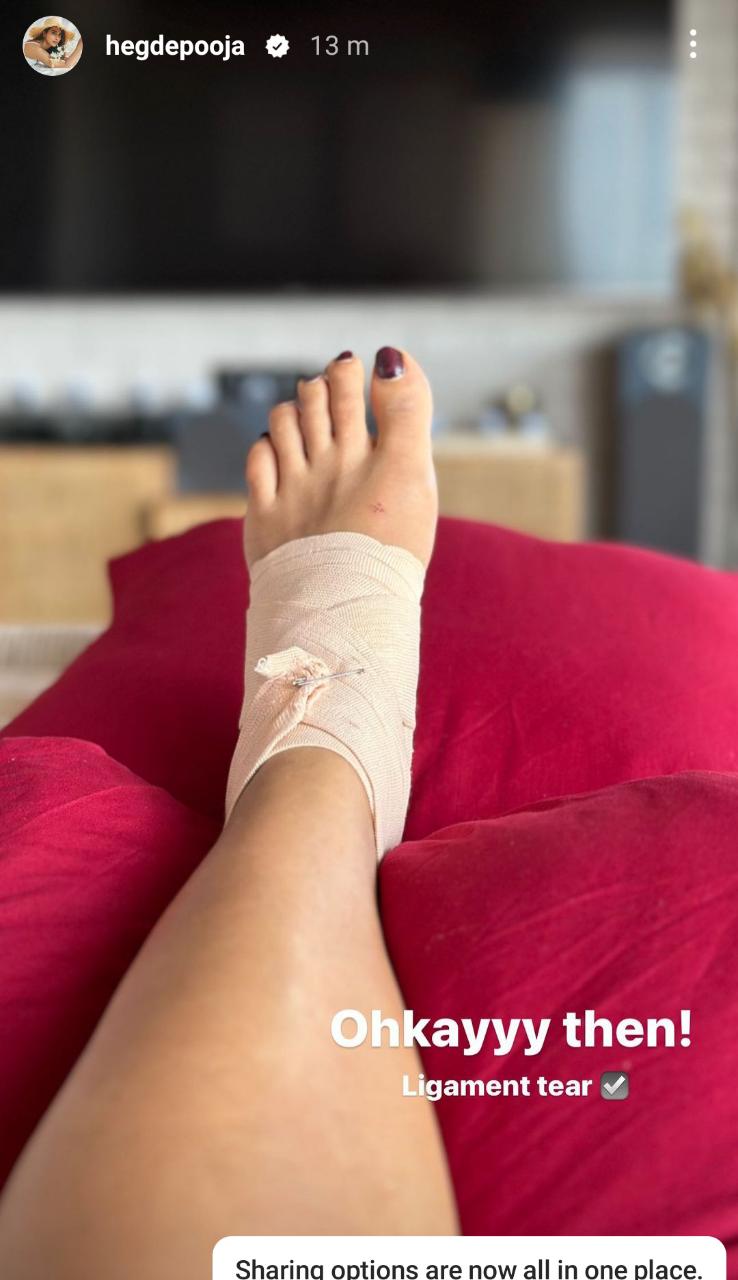 Previously, there were reports that the actress might undergo cosmetic correction. If reports are to be believed that the Radhe Shyam actress is all set to travel abroad to undergo cosmetic surgery. Rumours are that the actress was not happy about the shape of her nose and therefore decided to go in for corrective cosmetic surgery. Fans have expressed shock and have taken to social media to point out that she is great in her natural looks and urged her not to go for it. However, these could also be mere speculations or reports as there is no official news or announcements from Pooja Hegde or her team.

On the work front, Pooja Hegde is currently working on Cirkus starring Ranveer Singh and Jaqueline Fernandes in lead roles. She is also working on Kisi Ka Bhai Kisi Ka Jaan, another Hindi film directed by Farhad Samji. It was recently announced that she will also be starring in SS Rajamouli and Mahesh Babu’s film which currently titled ‘SSMB28’. The actress was last seen in a song for the film F3. Before that, she was seen along with Ram Charan in Acharya. According to reports, Pooja Hegde was initially in talks with the Sita Ramam’s team for playing the role of Sita Mahalakshmi. However, she apparently rejected the offer. Now, those who watched the film know that Mrunal’s role was much more than even that of Dulquer Salmaan, and it was one of the strongest roles written for women in recent times.