A cute photo of Priyanka and Nick was snapped, too, this week. The two had gone out for dinner and the paparazzi had taken photos of the couple spotted at a venue in Los Angeles. 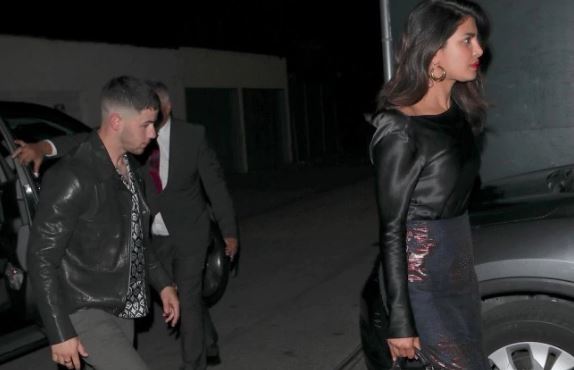 According to US Weekly, news of their relationship comes after the two spent time together over Memorial Day weekend and was spotted attending the Beauty and the Beast Live concert at the Hollywood Bowl on Friday, May 25. The two also attended a Los Angeles Dodgers game together last weekend, with the two unable to keep their eyes and smiles off each other. Priyanka and Nick were first spotted together during MET Gala 2017 as they both walked the red carpet in Ralph Lauren and back then too, many were curious about their camaraderie and whether they were more than just friends.

Nick has since expressed his desire to visit India. “We met through a mutual friend who she did Quantico with, this guy Graham and we met up like in New York the first time and the same day I think we found out that we are both going to the MET Gala with Ralph Lauren. And as strange as it sounds but we couldn’t have planned it. We just had a great time. She’s a lovely person and I’m dying now to go to India.”